TODAY: In 1946, William Strunk, Jr., professor of English at Cornell University and author of The Elements of Style (revised and updated by his former student, E.B. White), dies.

There is something foul about speaking of Breonna Taylor’s death “in the Greek sense.” In which Aaron Robertson responds to a very bad Tweet • The ultimate best books lists for this fall • Gerry Spence on

the case of Collins Catch the Bear, the Lakota man wrongly accused of murder at Wounded Knee • Noam Chomsky in conversation about the Green New Deal • Lawrence Wells on life, love, and Beowulf in the deep south’s most literary small town • Lucille Clifton didn’t just write poems, she inhabited them • In Vigdis Hjorth’s Norway, perfect happiness amounts to complacency • Lynn Steger Strong mourns Ruth Bader Ginsburg • Wendy Woloson provides a brief history of useless American crap • Géraldine Schwarz on her family history and what made Nazi Germany possible • Kerry Greenwood on Lindy Cameron and war narratives that beyond brute force • Dan Beachy-Quick’s on the ancient Greek poet Anacreon • Amaud Jamaul Johnson writes from Wisconsin on being Black in a battleground state • Jon Sternfeld on writing history as it’s happening in the middle of a pandemic • Annie Lyons on writing about death, the hardest subject of all • Maggie Lane on the life of the poet elf • Climactic moments in literature rescheduled as Zoom meetings, as drawn by Kate Gavino • What does it mean to buy from Black-owned businesses? • Jessica Gross provides possibly the definitive literary survey of… constipation • Jock Serong on James Hamilton Paterson and the book that changed his life • Jane Ward wonders how love can fit into patriarchal ideas of marriage • Bettany Hughes offers a brief history of the ancient cult of Aphrodite • Tim Weiner on early days of the Cold War • Frank A. von Hippel on how chemicals of war became “chemicals of peace” • Amy Shearn on her favorite spectral characters • Niloufar Talebi picks 33 essential works of fiction by Iranian writers

10 American masterpieces that are actually crime fiction, from Smith Henderson and Jon Marc Smith • Richard Osman explains why all British people are potential murderers • Philip K. Zimmerman on Ludwig Wittgenstein’s enduring passion for pulp fiction • Zack Budryk revisits Miller’s Crossing, 30 years later • A brief history of juvenile mysteries, from Keith Roysdon • Rachel Howzell Hall on the art of disappearing • Lizzy Steiner with eight true crime podcasts to discover this fall • All the debut crime and mystery fiction to pick up this September • A roundtable discussion on sex and crime fiction • Debora Harding on reconstructing the details of a childhood trauma 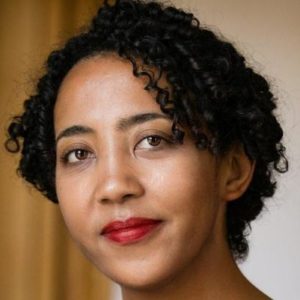 Within an hour of hearing that she had won the Arthur C. Clarke Award, a top honor given to science fiction published in the UK, Namwali...
© LitHub
Back to top