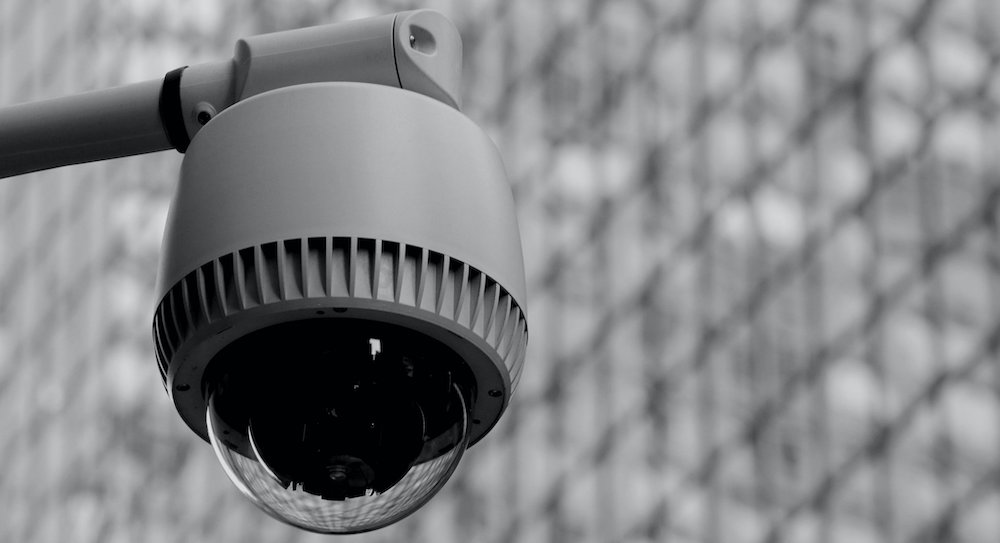 Carissa Véliz: "They are watching us. They know I’m writing these words. They know you are reading them."

They are watching us. They know I’m writing these words. They know you are reading them. Governments and hundreds of corporations are spying on you and me, and everyone we know. Every minute of every day. They track and record all they can: our location, our communications, our internet searches, our biometric information, our social relations, our purchases, and much more.

They want to know who we are, what we think, where we hurt. They want to predict and influence our behavior. They have too much power. Their power stems from us, from you, from your data. It’s time to take back control. Reclaiming privacy is the only way we can regain control of our lives and our societies.

The internet is primarily funded by the collection, analysis, and trade of data—the data economy. Much of that data is personal data—data about you. The trading of personal data as a business model is increasingly being exported to all institutions in society—the surveillance society, or surveillance capitalism.

The data economy, and the ubiquitous surveillance on which it feeds, took us by surprise. Tech companies did not inform users of how our data was being used, much less ask for our permission. They didn’t ask our governments either. There were no laws to regulate the data trail left behind by unsuspecting citizens as we went about our business in an increasingly digital world. By the time we realized it was happening, the surveillance architecture was already in place. Much of our privacy was gone.

In the wake of the coronavirus pandemic, privacy is facing new threats, as previously offline activities have moved online, and we have been asked to give up our personal data in the name of the public good. It is time to think very carefully about what sort of world we want to inhabit when the pandemic becomes a distant memory. A world without privacy is a dangerous one.

Too many of those acquiring our data want it for nefarious purposes: to betray our secrets to insurance companies, employers, and governments.

Privacy is about being able to keep certain intimate things to yourself—your thoughts, your experiences, your conversations, your plans. Human beings need privacy to be able to unwind from the burden of being with other people. We need privacy to explore new ideas freely, to make up our own minds. Privacy protects us from unwanted pressures and abuses of power. We need it to be autonomous individuals, and for democracies to function well we need citizens to be autonomous.

Our lives, translated into data, are the raw material of the surveillance economy. Our hopes, our fears, what we read, what we write, our relationships, our diseases, our mistakes, our purchases, our weaknesses, our faces, our voices—everything is used as fodder for data vultures who collect it all, analyze it all, and sell it to the highest bidder.

Too many of those acquiring our data want it for nefarious purposes: to betray our secrets to insurance companies, employers, and governments; to sell us things it’s not in our interest to buy; to pit us against each other in an effort to destroy our society from the inside; to disinform us and hijack our democracies. The surveillance society has transformed citizens into users and data subjects. Enough is enough. Those who have violated our right to privacy have abused our trust, and it’s time to pull the plug on their source of power—our data.

It’s too late to prevent the data economy from developing in the first place—but it’s not too late to reclaim our privacy. Our civil liberties are at stake. The decisions we make about privacy today and in the coming years will shape the future of humanity for decades to come. Societal choices about privacy will influence how political campaigns are run, how corporations earn their keep, the power that governments and private businesses may wield, the advancement of medicine, the pursuit of public health goals, the risks we are exposed to, how we interact with each other, and, not least, whether our rights are respected as we go about our daily lives.

Privacy is a form of power, and that whoever has the most personal data will dominate society. If we give our data to companies, the wealthy will rule. If we give too much of our personal data to governments, we will end up with some form of authoritarianism. Only if the people keep their data will society be free. Privacy matters because it gives power to the people.

The surveillance economy is not only bad because it creates and enhances undesirable power asymmetries. It is also dangerous because it trades in a toxic substance. Personal data is the asbestos of the tech society. In many ways, asbestos is a wonderful material. It is a mineral that can be cheaply mined and is unusually durable and fire resistant. Unfortunately, in addition to being very practical, asbestos is also deadly. It causes cancer and other serious lung conditions, and there is no safe threshold for exposure.

Every day of every week hackers break into networks and steal data about people. Sometimes they use that data to commit fraud. Other times they use it for shaming, extortion, or coercion. Collecting and storing personal data constitutes a ticking bomb, a disaster waiting to happen.

In 2014, a data broker (a company that collects and sells our personal data without our knowledge) sold the personal data of several hundred thousand people to fraudsters who used the information to make unauthorized bank withdrawals. On August 18th, 2015, hackers released the entire customer database of Ashley Madison, a dating site that helped married people have affairs. Thirty million users (including people who had cancelled their membership) could be identified by their names, addresses, preferences, postcodes, and credit card numbers. Extortion, divorces, and suicides followed.

In 2016, Cambridge Analytica, a data firm, used the personal data of 87 million people on Facebook to construct a psychological warfare tool that would help it target personalized propaganda to voters, influencing the 2016 American presidential election, as well as the Brexit referendum. The targeted content included messages intended to discourage people from voting.

In 2018, Strava, a fitness platform, published a heat map of user activity that exposed what were supposed to be secret army bases. In 2019, a Spanish woman committed suicide after a former lover shared a sexual video of her and it was shared among her work colleagues on WhatsApp. Earlier this year, a facial recognition algorithm wrongfully accused Mr. Robert Julian-Borchak Williams of larceny. All of these data disasters, and the many more that have happened in the recent past, along with those that are bound to happen in the near future, could have been avoided by protecting people’s privacy.

Even though privacy is in distress, we are in a better place now to defend it than we have been for the past decade.

Personal data is dangerous because it is sensitive, highly susceptible to misuse, hard to keep safe, and desired by many—from criminals to insurance companies and intelligence agencies. The longer our data is stored, and the more it is analyzed, the more likely it is that it will end up being used against us. Data is vulnerable, which in turn makes data subjects and anyone who stores it vulnerable too. And it is jeopardizing our democracies and our freedom.

Never have we amassed so much personal data on citizens. And we have allowed surveillance to grow at a time when cybersecurity standards are poor, democracies are weak, and authoritarian regimes with a knack for hacking are on the rise.

The data economy systematically violates everyone’s right to privacy at the expense of people’s wellbeing, and economic systems that depend on the violation of rights are unacceptable, no matter how profitable they may be for the elite. Personal data should not be the kind of thing that can be bought and sold, or used against us. The time has come to end the surveillance economy, just like in the past we have ended other exploitative economic practices.

We are not witnessing the death of privacy. Even though privacy is in distress, we are in a better place now to defend it than we have been for the past decade. This is only the beginning of the fight to safeguard personal data in the digital age. Too much is at stake to let privacy wither—our very way of life is at risk. We need privacy to be able to protest anonymously, vote in secret, contact doctors, lawyers, and journalists in confidence, read whatever we are curious about; all these things and more make up the foundations of freedom and democracy.

We have been lied to time and again, and our data is being stolen to be used against us. No more. Having too little privacy is at odds with having well-functioning societies. Ubiquitous surveillance needs to go. It will take some time and effort, but we can and will reclaim privacy. 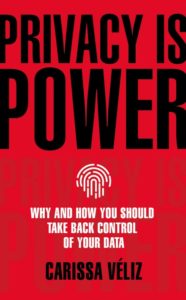 Carissa Véliz’s book Privacy Is Power: Why and How You Should Take Back Control of Your Data is available from Bantam Press.

Carissa Véliz is an Associate Professor at the Faculty of Philosophy and the Institute for Ethics in AI, as well as a Tutorial Fellow at Hertford College, at the University of Oxford. She is the author of Privacy Is Power and editor of the Oxford Handbook of Digital Ethics. 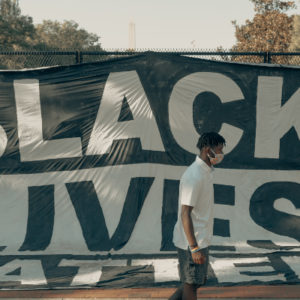