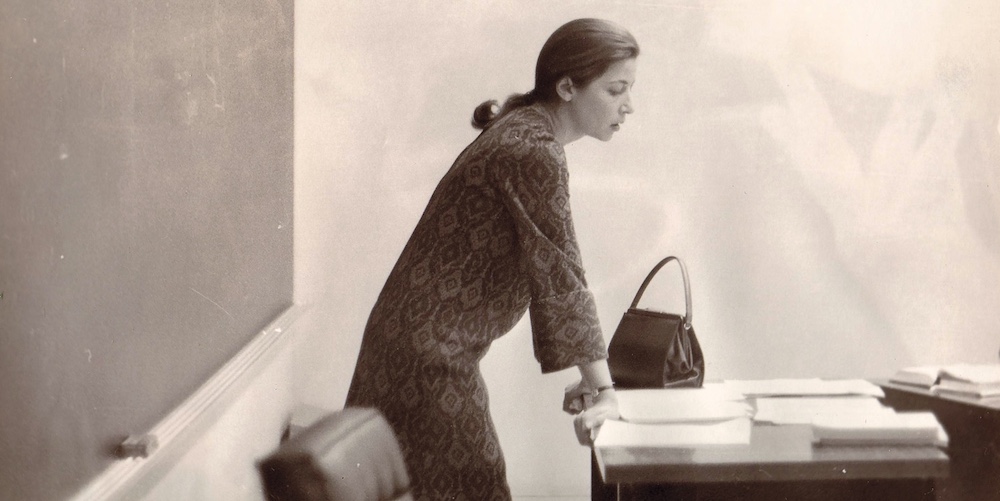 Lynn Steger Strong on the Death of an Unlikely Icon

I was crying last night, because Ruth Bader Ginsburg died; my husband took over with the kids. He bathed them and put them to bed but then they wanted me to read to them. I’d just hung up the phone with a friend who hadn’t known what happened. I called her sobbing. She’d been putting her own kid to bed. I started itemizing all the ways the image of it was too much, that tiny cancer ridden body, the weight we put on it. My friend told me a story about being young and learning her empathy toward someone that she loved had been misplaced. We talked a while, about how scared we were, how scared we had become these past few years, that all these years of believing that the world, human beings, were at base good, or at least nuanced, that everything was always lots of things at once, that maybe we were wrong. That maybe, after all, there was and is so much more evil than we could have fathomed. That maybe this is just what the world is.

I went into our daughters’ room and our six-year-old asked me why I was crying. I told her Ruth Bader Ginsburg died. We have the books. She was old, said my daughter. She lived a good long life, I said. She did great things. Then you should be happy, she said. My baby. She lived so long. She did all those things. I nodded at her, crying again. You’re right baby.

I’ve been reading Nixonland off and on all summer. The 1968 riots, the feeling that the world was burning, on the brink of something. After the election in 2016, I re-read Joan Didion’s White Album, her trying to make sense of the same timeline: we tell ourselves stories in order to live, she said in the most famous of those essays. In that same essay, she says, at the end, none of the stories make sense right now.

I’m obsessed with the idea of rituals, with what they give us, how much they have in common with the solidity we seek and sometimes get from narratives.

After my kids fell asleep I called another friend, who is Catholic, who is pregnant and lives in LA. The air quality has been shit there and she also spends her days getting asylum for undocumented people in extreme danger. She is a lawyer. The very best and most impactful kind. She’s been telling me about her practice of study every morning. I don’t believe in God, but I like to listen to her talk about the rituals. I’m obsessed with the idea of rituals, with what they give us, how much they have in common with the solidity we seek and sometimes get from narratives.

This morning, she said, I read this thing that I’ve been thinking about now, she said. Whatever pain you don’t transform you will transmit, she said. She told me other things about the dark and light and where we live inside of it. She talks like this and I love it. I’m so grateful to her, for how fully she believes in things. I told her I was going to go to bed and watch Bravo. She said maybe it’s time to think about not just staving off the dark but actively creating light. When she says these things I believe her. I so want to believe her. I’m a cynic and an asshole and my brain rejects the sound of these things, but I feel right now like I have no choice. I want to take the pain of all of this and transform it. I want to think about how to make light.

When I think about 1968 and all the parallels, except of course the world was burning less actively, except in LA, where Didion was, people could breathe when they went outside, I always come back to the idea that the world has shifted since then. We do not repeat, I don’t think; rituals are not processes of replication but of growth and richening. Things accrue within the structures and the practices, even as their shape remains the same. The impulses and the knowledge underneath the rituals shift and change.

Ruth Bader Ginsburg died and that’s so scary. But she lived so long. She did all those things. Our concept of what we’re capable of and what we are is not the same as it was 50 years ago. That’s not to say anything will turn out well or better or that I feel good or hopeful, but it is to say the closest I can get to comfort now is to think that we don’t know what’s coming, to think that her presence accrued in the world and shifted what it is to be here. She taught us some of what it was to make light. We’ve learned, these past four years certainly, how to transform and act on pain. 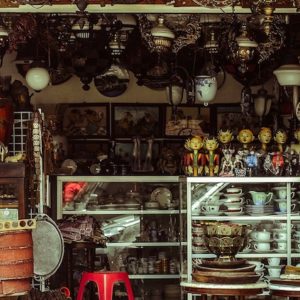 Americans have surrounded themselves with crappy things: consumer goods that are typically low priced, poorly made, composed...
© LitHub
Back to top