What Does It Mean To Buy From Black-Owned Businesses?

Every year black Americans spend an estimated $1.2 trillion. This combined spending power exceeds several nations’ gross domestic product (GDP). Given this scale, leaders within the black community, both historically and today, have heralded blacks’ collective buying power as a powerful tool to advance the race. Javon, like many of my interviewees, deeply believes that buying black and supporting black entrepreneurs is one way to mobilize economic resources for the purpose of racial uplift, and that through their consumption, blacks can help one another to build wealth.

Javon imagines blacks’ collective purchasing power as a vital tool that can potentially create opportunities for blacks to experience prosperity. Over time, he has devoted time, money, and energy toward efforts that will advance the race, improve the financial well-being and status of blacks, and contribute to thriv­ing black communities. This commitment to racial uplift separates him from his white colleagues at the private equity firm where he works, and it reflects a core value that is shared by many of the middle-class blacks in my study. Their belief in giving back and helping other blacks succeed is imbued in their black privi­lege. It is both a benefit of their economic position and a by-product of it.

Javon’s dedication to empowering blacks financially stems from his own ex­perience of upward mobility, and his realization that he is where he is today because of the investment of others in his development. Growing up, his fam­ily was poor. He has vivid memories of unpaid bills scattered on the kitchen table and nights spent in the dark because the electricity was cut off. Though his mother had a relatively secure, full-time job at an insurance agency, she never earned enough. His parents weren’t married, and his mother was the sole provider. Back then, his mom never had a dependable car; today, Javon drives a Maserati.

Javon has worked hard to ensure his own financial security, but he also readily acknowledges that his upward mobility has been contingent on the in­volvement of a varied group of actors—many black, some white—in his early life. At critical junctions, as he strove to improve his family’s circumstances, he benefited from the support of black organizations like the NAACP and his church. Institutional forms of black cultural capital sustained him during his youth, provided him with opportunities for personal development, kept him out of trouble, and were instrumental in expanding his worldview. Because he understands what it is like to struggle, but also recognizes the critical role that other blacks and black organizations played in his own rise to success, he feels connected to blacks still struggling and a sense of duty to help them.

Buying black is one tenet of black na­tionalism, which calls for blacks to cultivate racial pride and solidarity as well as social, political, and economic independence.

Javon believes wealth can have a powerful role in changing blacks’ future outcomes and outlooks. Having it could open doors that education never could. He contends that Bill Gates and Warren Buffet are powerful not because of their credentials, but because of the vast amounts of wealth they have accu­mulated. Predictably, then, Javon doesn’t see degrees and accolades as the end goal, for himself or his people, though he is cognizant of the fact that “black people have to jump higher, spit farther, run faster.”

For example, the black people at his firm all have far superior and more prestigious credentials than the whites in the same positions have. Most whites at his office have gone to local universities and state colleges, but the few black men who work for his firm have prestigious Ivy League credentials and multiple degrees. As he notes: “All of the black people that have ever worked here have been way more edu­cated. Way [he prolongs the word for emphasis] more prepared than their white counterparts.” He acknowledges that a college education is necessary for blacks’ advancement, but fervently believes that education alone is not sufficient to achieve racial equality. For him, black wealth is the answer. So he works both to enrich himself and to use the skills and knowledge he has gained from a decade in the finance industry to improve black neighborhoods. He envisions racial progress that will be accomplished by creating and concentrating economic capital in black communities.

Javon’s belief that black economic empowerment is achievable through self-help and wealth creation is consistent with the historically persistent, racialized political ideology of black nationalism. Buying black is one tenet of black na­tionalism, which calls for blacks to cultivate racial pride and solidarity as well as social, political, and economic independence. Although the scope of black nationalism extends well beyond consumption and interactions in the market, various articulations of black nationalism share a consistent thread of proscrip­tions and prescriptions pertaining to blacks’ economic life.

Though Javon does not support calls for separatism (political or otherwise), he firmly believes in financial solidarity and leveraging blacks’ spending power. Like other middle-class blacks in my study, Javon expresses moderate support for black nationalist ideologies in general, but strong support for black self-sufficiency and efforts that will increase black access to and control over economic resources. The economic principles outlined in black nationalism resonate with many of the middle-class blacks in my study, who, like Javon, want to see racial advance­ment and who endorse the idea of collective self-determination. When black dollars are spent in the black community, blacks’ consumption is seen as a tool to achieve self-sufficiency and generate black wealth.

Racial ideologies enable the dominant group to maintain control over valued resources and deploy racist ideological frames to rationalize and justify the persistence of racial inequality.

The call to buy black provides middle-class blacks, those with the most dis­cretionary money to spend, with specific directives pertaining to their financial decision-making. The U.S. Census Bureau’s Survey of Business Owners defines a black-owned business as a firm with African American owners holding at least a 51 percent or greater stake in the business. Though the participants in my study did not use this technical definition, they understood a black-owned business to be one established and led by a black entrepreneur. The influence of ideological calls to buy black is evident in the fact that two-thirds of those I interviewed see buying black as essential, emphasizing that their support of black-owned businesses is a means of contributing to economic development and to the creation of black wealth.

Racial ideologies are often described as a tool used by the dominant group to exert power and influence over subjugated groups. Racial ideologies enable the dominant group to maintain control over valued resources and deploy racist ideological frames to rationalize and justify the persistence of racial inequality. Among blacks, racialized counter-frames and ideologies are often promulgated. These frames and ideologies contest negative assessments of the group and articulate demands for racial equality. Yet we know comparatively little about how racialized counter-frames and ideologies, like black nationalism, inform middle-class blacks’ everyday lives and their efforts to contest anti-black bias and racism in the market. A few exemplary studies exist evidencing that black political ideologies have important implications for black consumers, but many questions remain pertaining to the role that racially specific, ideologically driven consumption plays in blacks’ economic lives and economic activities.

In fact, a black person’s ideological beliefs can constitute a form of black cultural capital, particularly if as a belief system it helps to forge relationships and is widely shared among blacks.

To understand how ideologies influence behavior, it’s useful to start by de­scribing what an ideology is. An ideology is an explicit and structured meaning system, with interrelated ideas and values, that forms a generalized world­view. More than a mere commonsense understanding, an ideology functions as a “filter,” or lens, that helps people to make sense of the social world and how they should operate within it. An ideology provides a menu of styles to choose from and a curtailed set of strategies of action and proscribed behav­iors. When trying to motivate a group to achieve some objective, whether political, social, or economic, ideologies are often useful and strategic cultural tools to deploy. Beyond one individual’s belief system, an ideology can fa­cilitate collective action and provide the cultural framing necessary to form mass movements, to connect to allies, and to establish coalitions. Ideological belief systems are often characteristic of a particular group and shared among its members. One arena in which the unifying potential of ideological beliefs is evident is in the consumer market. An ideology can structure consump­tion, producing purchasing patterns and shared consumer preferences among group members.

Long-standing political ideologies, like black nationalism, emerged as a re­sponse to shifting sociopolitical contexts and conditions. Black nationalism has been called “the most important determinant of black public opinion.” It calls for blacks to buy black as part of an effort to achieve economic independence. While blacks are not monolithic in their ideological leanings and often main­tain conflicting perspectives on the question of how to achieve racial progress, the members of the middle class that I interviewed widely supported the idea of buying black. We see how the collective interest of the group is one factor that motivates and directs middle-class blacks’ consumption. My respondents, like Javon, believe that together with other black people they can change the status quo through mobilizing their collective consumption, and they are committed to the idea that racial progress requires racial solidarity and the leveraging of black spending power.

Endorsing an ideology can impact people’s attitudes, values, and behav­iors. In fact, a black person’s ideological beliefs can constitute a form of black cultural capital, particularly if as a belief system it helps to forge relationships and is widely shared among blacks. Thus, by endorsing the idea of buying black, middle-class blacks cultivate a form of black cultural capital that asserts a common understanding, even intuitive insight, about the power of the mar­ket and their spending, which can function to unite and help to advance black people. 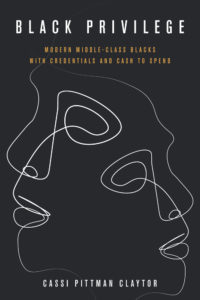 Cassi Pittman Claytor is the Climo Junior Professor in the Department of Sociology at Case Western Reserve University. Her scholarship examines the underlying social and cultural processes that affect African Americans' economic behavior. In 2017 she was awarded the Woodrow Wilson Foundation's Early Career Enhancement Fellowship and in 2018 she served as the Sheila Biddle Ford Foundation Fellow at the Hutchins Center for African and African American Research at Harvard University.

What Is So Special About Balzac's Thousands of Characters?

Snapshots Before the War: Saying Goodbye in 1944 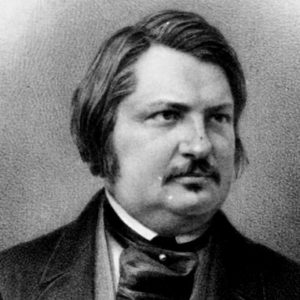 What Is So Special About Balzac's Thousands of Characters?

Honoré de Balzac’s life has often been told, but it’s less compelling than Balzac’s lives, the extraordinary,...
© LitHub
Back to top
Loading Comments...