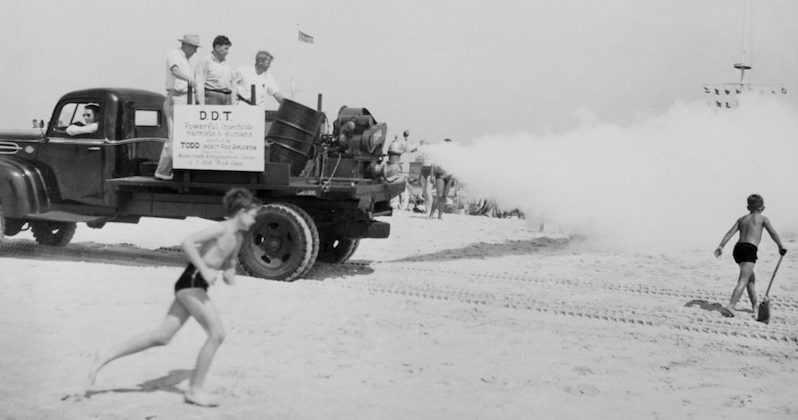 Pesticides, Incendiaries… How US Chemical Companies Endeared Themselves to the Public

Via University of Chicago Press
By Frank A. von Hippel

American police, and Trump’s Federales, deploy tear gas to quell protestors, and thereby catalyze further unrest. Eloquent writers have explored the immorality of these police actions, including how the unmarked federal forces mimic early use of paramilitary troops by the Nazis. Indeed, Germany observes the actions of our country with horror and a knowing foreboding. But how did the deployment of war gases against American civilians arise in the first place?

After World War I, many critics accused chemical companies of not only profiteering from war, but also of encouraging it. In 1934, Fortune magazine reflected on the cost of killing each enemy combatant in the war, which they calculated at $25,000.  Fortune stated that “every time a burst shell fragment finds its way into the brain, the heart, or the intestines of a man in the front line, a great part of the $25,000, much of it profit, finds its way into the pocket of the armament maker.”

That same year, the best-selling book Merchants of Death highlighted that World War I created 21,000 new millionaires in the U.S. Senator Gerald Nye of North Dakota chaired a Senate committee to investigate munitions companies, prompting a member of the Du Pont family to accuse communists of inciting the popular reaction against his and other chemical companies. DuPont garnered profits of $228 million during World War I, and so took the brunt of the criticism. Nye quipped, “We may expect the next war to make the world safe for du Pontcracy.”

World War I blurred the lines between military and industrial activities. In the United States, the Army’s Chemical Warfare Service brought together the nation’s best chemists to develop its chemical weapons arsenal. The first Director of the Chemical Warfare Service, William Sibert, recognized that chemical weapons were here to stay. “History proves,” he wrote, “that an effective implement of war has never been discarded until it becomes obsolete.”

To maintain relevancy, the Chemical Warfare Service gave itself a makeover and promoted the civilian benefits of its poison gases.

Sibert was concerned that the expertise assembled by the Chemical Warfare Service would not be cultivated. “I feel that . . . the genius and patriotism displayed by the chemists and chemical engineers of the country were not surpassed in any other branch of war work and that to fail to utilize in peace times this talent would be a crime.”

To maintain relevancy, the Chemical Warfare Service gave itself a makeover and promoted the civilian benefits of its poison gases. They called themselves the Chemical Peace Service and claimed to conduct “peaceful warfare.” “It is very possible,” noted one analysis, “that our investigations will demonstrate that the quickest and surest method in attacking crop destroying pests, whether ground squirrels, gopher, blackbird, crows, buzzard, rats, or grasshopper, is by clouds of gas.”

Chemical warfare metamorphosed into pest control, with the preservation of humanity, rather than its destruction, as the goal.  At the same time, pest control research justified the continued existence of the Chemical Warfare Service and its improvement of poison gases. The strategy succeeded with the passage of the National Defense Act in 1920, which solidified the position of the Chemical Warfare Service within the U.S. Army.

The Chemical Warfare Service slipped into the new niche created by military-industrial cooperation and changing public perceptions after the war. Their projects for the public good ranged from chemicals to defend marine pilings from corrosion to gas mask development for mine workers to rat eradication in collaboration with the Public Health Service to earthworm and gopher extermination using poison gases. They even jumped into the medical arena by treating people suffering from colds, bronchitis and whooping cough with chlorine gas inhalations.

The public response was heartening. “Fumes that broke the British front,” read one news headline, “leaving hundreds dying, now cure influenza, bronchitis and other ailments.”  Twenty-three Senators, 146 Representatives, and President Coolidge were among the hundreds of people gassed in the U.S. capitol for respiratory ailments.

Chemical companies, which had built substantial infrastructure and expertise during the war, capitalized on these assets to produce pesticides, especially insecticides. These efforts bolstered the public image of the chemical companies, which had been sullied by their war profiteering and production of poison gases. Yet, at the same time, pesticide producers had to contend with fear of their products. One chemical executive explained that “the housewife—if she knew there was such a thing as an insecticide—bought a package in fear and trembling lest its contents kill her and her family.”

In the United States, DDT and other new pesticides facilitated the rapid expansion of the chemical industry.

Post-war production of insecticides at a massive scale was possible because of the use of chemical warfare production facilities by manufacturers. These facilities were purchased or leased from the Chemical Warfare Service, which Congress elevated into the Chemical Corps in 1946. A spectacular example of such a conversion is that of the Rocky Mountain Arsenal; the plant for producing mustard gas was used by a new insecticide company, led by the former commander of the arsenal, to develop two new pesticides similar in structure to DDT: aldrin and dieldrin.

In the United States, DDT and other new pesticides facilitated the rapid expansion of the chemical industry. In 1939, 83 U.S. companies focused their manufacturing on insecticides and fungicides. By 1954, the number had skyrocketed to 275. The Chemical Corps used its wartime experience and expertise to expand its appeal to society by conducting experiments that ushered new pesticides into the marketplace. It promoted its decontamination devices, mortars and smoke generators as delivery tools for insecticides.

Its flamethrowers and incendiary chemicals could be used to destroy weeds or to melt ice and snow. Smoke generators could shield orchards from frost, and war gases could be employed for riot control. The potential applications of war gas technologies seemed endless, and these efforts created a constituency that ensured continued government funding for the Chemical Corps. At the same time, the U.S. government subsidized chemical manufacturers via tax incentives and the Department of Defense provided major contracts.

If you have a tool, it can seem like a shame not to use it. This was the case with war gases handed over to police forces for riot control during the Civil Rights Movement, and remains so today in the Trump Administration’s insertion of unmarked federal police into liberal cities. So in addition to castigating municipal police forces, and in addition to decrying Trump’s degradation of democracy, we also need to ask why these tools were placed into the hands of law enforcement in the first place.

At least part of the reason, perhaps the biggest part, was the mutualistic relationship between the desire for relevancy on the part of the Chemical Corps and the desire for profit on the part of the chemical industry. This segment of the military-industrial complex fed us with chemicals that have poisoned our earth and facilitated domestic oppression. These chemicals are but one of the instruments of moral decay employed by the Trump Administration, but they are one steeped in conflict, money, and the revolving doors between government and industry. 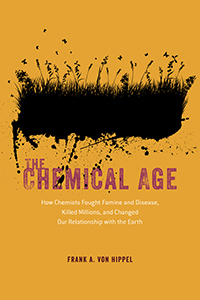 Frank A. von Hippel’s The Chemical Age is available now.

Frank A. von Hippel is a professor of ecotoxicology at Northern Arizona University. He has taught ecology field courses in over twenty countries, and conducted research in the Americas, Africa and Australia. He hosts the Science History Podcast.

On the Tragedy of Syria and Journalism's Other Crisis of Truth 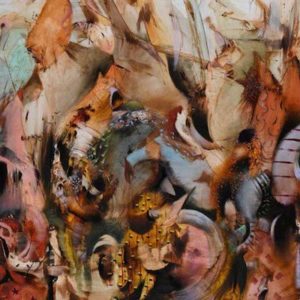