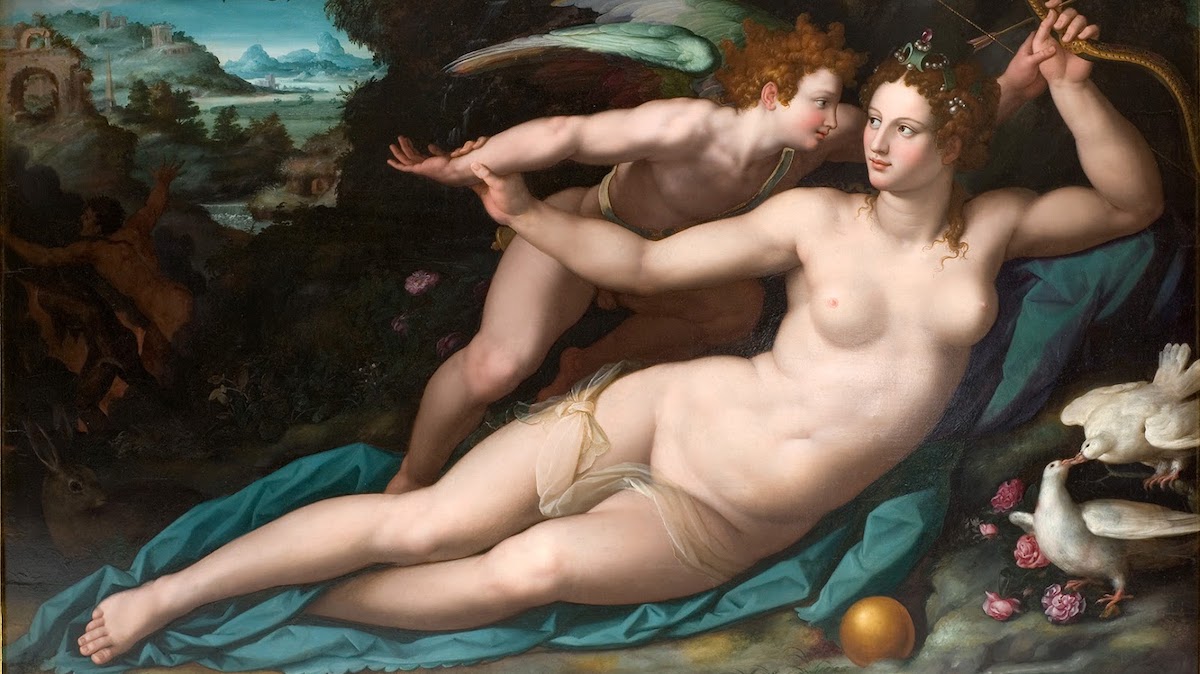 Fornicating and Fighting: A Brief History of the Ancient Cult of Aphrodite

Make your way to the southeastern shores of Cyprus, close to Larnaca airport, ignore the planes—and in the winter months, draw your eyes from the flocks of flamingos that land here on the salt marshes, visitors for five thousand years—and you might just be able to make out archaeologists working on the dig of an ancient metropolis at Hala Sultan Tekke. To date, this is the largest Bronze Age city ever discovered; it spans up to 50 hectares, more than 50 soccer fields.

The very presence of this wind-buffeted settlement tells of the humming interchange between traders and settlers on this island at the edge of Asia, Europe, and Africa. The Eastern immigrants to Hala Sultan Tekke were people who brought with them strange new rituals—bull worship and bull slaughter—which they then appear to have melded with local fertility cults.

Along with the remnants of a city and its dead, among interloper archaeological riches being excavated each season originating from ancient Egypt and western Greece in the dun-brown mud, a glittering, golden lozenge featuring the goddess Astarte-Ishtar has been discovered. The bellicose great-grandmother of Aphrodite was demonstrably making her way toward Europe. But as we know, Astarte-Ishtar did not arrive in virgin territory.

After the age of those strange, strangely beautiful penisheaded figures, Cyprus started to revere a local priestess-goddess and high queen—the wanassa. She seems to have been a kind of sensuous, cosmic majesty of nature, a queen who loved her perfumes. Recently excavated Cypriot perfume workshops from this period, dating back to 2000 BC, buttress the literary texts that tell us that a nature goddess was worshipped on Aphrodite’s Isle with lustrous, perfumed oils.

Perfume was a boom export for the island, perfectly placed as it was to receive raw materials from three continents and boasting its own unique flora and fauna in a microtropical environment. Aphrodite herself was never anything other than odiferous: she was said to be washed by the Graces, and was recalled by Homer in The Odyssey as bathing at Paphos in perfumed baths.

And Aphrodite, who loves laughter and smiles,
[Went] to Paphos on Cyprus, and her precinct
there
With its smoking altar. Here the Graces
Bathed her and rubbed her with the ambrosial oil
That glistens on the skin of the immortal gods.
And then they dressed her in beautiful clothes,
A wonder to see.

So the Eastern goddess-queen Astarte-Ishtar took on the form of the Kyprian nature and fertility goddess, and vice versa. Aphrodite was shape-shifting. Driven by what women and men on the ground wanted to believe about the story of their fast-developing world and their place within it, the mating of deities was generating a divine love child.

This goddess was a companion of civilization and a summation of the ambitions of human society.

This hybrid Cypriot goddess was sensuous in many ways. The goddess figurines we find on the island from this time are curious creatures with bird-like heads and double pierced ears, often carrying babes in their arms. They seem to straddle both the mortal and immortal worlds, the natural and the supernatural. Frequently richly decorated with golden necklaces and hanging hoop earrings, the sublime beings—found right across the island—reminded locals and visitors alike that the Kyprian domain was a land of possibilities, an intercontinental crucible of civilization. A good territory—for men and gods alike—to which to lay claim.

At this time, Cyprus was increasingly a cultural dynamo thanks to the island’s luscious natural resources—in particular, its uniquely rich seams of copper. Today, as you drive through the landscape, you can still find scars of modern copper mining close to prehistoric mineshafts. Sanctuaries of a female deity have been discovered next to many of the key copper-producing areas. Copper, as a vital ingredient of the commodity of the age, bronze, really mattered.

We have brilliantly personal letters, the Amarna Tablets, discovered by the fertile, busy banks of the Nile in Upper Egypt and dating to around 1350 BC, written in the Middle Eastern lingua franca, Akkadian, describing the import of copper from Cyprus. Combined with tin, copper becomes bronze, the symbol and signifier of the Bronze Age world. Bronze can make light, lethal weapons. Communities craved it—and those who produced, traded, and employed the new technology became rich warrior-heroes. Aphrodite’s island, Kypros—“Copper Land”—provided the dynamos for a rapidly changing human society, and the supernatural spirits who controlled these resources were thought to be bounty incarnate.

Wonderful jewelry was produced on the island at this time. Delicate bronze brooches. Golden diadems. Light-catching necklaces with fat cornelian beads. All inessential, essential commodities that fanned a new kind of materialism. There is even a solid-gold pendant in the shape of a pomegranate, the granular beads on its surface carefully arranged in tiny triangles, giving this exquisite item a temptingly organic and strikingly modern feel. We should imagine Aphrodite’s early spirit being honored among the smoke and smuts and hiss and heat of the alchemy of bronze and gold production. Right through antiquity, fire and metallurgy were consistently central to Aphrodite’s cult, almost certainly as a throwback to her prehistoric incarnation. Perhaps this is why, in Greek tradition, Aphrodite was said to have married the calloused forge god, Hephaestus. She was brazen in a number of ways.

So, as well as being patrons of fornicating and fighting, Aphrodite and her ancestors were key spiritual players in a febrile cultural climate, a fluctuating world that was brutal and brilliant in equal measure. This goddess was a companion of civilization and a summation of the ambitions of human society, both benign and malign: a multifaceted, resplendent, frightful force. We hear from an Early Bronze Age poem-prayer for Inanna:

Aphrodite in her earliest iterations was nothing less than a patron of the ferment and fulcra of the progress of culture. The “Aphrodite principle” was pervasive. It was a passion to engage, to saturate life with experience, and then to enjoy kicking back from the adrenaline rush of living life to its fullest extent. Born in the minds of motivated women and men as a sponsor of desire and its satisfaction, the goddess would soon become a patron of extreme pleasure-seekers too. 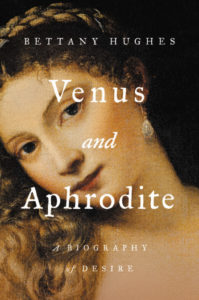 Excerpted from Venus and Aphrodite: A Biography of Desire by Bettany Hughes. Copyright © 2020. Reprinted with permission of the publisher, Basic Books.

Bettany Hughes is an award-winning historian, author, and broadcaster. She is currently professor of history at the New College of the Humanities and a research fellow of King’s College, London. She is the author of three popular books, including the New York Times-bestselling The Hemlock Cup. She lives in London. 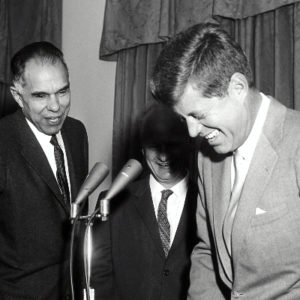