TODAY: In 1902, Japanese poet and critic Masaoka Shiki, a major figure in the development of modern haiku poetry who is credited with writing nearly 20,000 stanzas during his short life, dies.

Walter Mosley on storytelling, writing advice, and Winnie the Pooh • What draws libertarians to New Hampshire? • Lan Cao on the beginning of her American life • In a family of readers, packing up my late father’s library was hardest of allLara Ehrlich on what becoming a mermaid taught me about being a modern woman • A conversation between Sarah Shun-Lien Bynum and Karen Russell • In case you need reminding, a book is not a baby • David Nasaw on the search for a home for the last refugees of World War II • Sharon Salzberg on the books that brought her closer to mindfulness • Alex Ross on Wagner’s complicated influence on American culture • Eva Nour on the writer’s view of the Syrian Regime • Anne Posten on what it’s like to fall hard for a text • Spending a night alone in Mount Everest’s death zone • Mary Rizzo considers Baltimore on the small screen • Omari Weekes and Elias Rodriques on reading Randall Kenan • Alane Mason on the joy of editing Randall Kenan • Ashley Dawson on the endless commoditizing of American energy • Claudia Castro Luna on Seattle’s season of peaceful protest • Lincoln Michel proposes a new way to think about fictional worlds • Peter Balakian on the party of Lincoln’s “Big Government” origins • How a 1960s sci-fi fable expanded the meaning of Cuban pilgrimages • On the time Jimi Hendrix took the UK by storm • Erica Barnett on the books that helped her in recovery • Sophia Chang on entering the Wu-Tang Clan’s inner circle • Kailyn McCord wonders what serenity in an apocalypse might look like • Playwright Dan O’Brien knows that every family is unhappy in its own way: • Daniel Yergin on the 21st-century energy economy • Can America’s governors save our system of democracy? • Angela Chen on rethinking how we talk about love • Robert Michael Pyle on land ethics in the 21st century

Sarah Neilson recommends 11 of the most anticipated poetry collections of fall/winter, featuring Destiny O. Birdsong, Nikki Giovanni, Cicely Belle Blain, torrin a. greathouse, and more • “From first to last this is a well nigh perfect story”: the first reviews of Zora Neale Hurston’s Their Eyes Were Watching God • Bobbie Ann Mason recommends five great novels about first love, from Wuthering Heights to The Great Gatsby • New titles from Susanna Clarke, Ayad Akhtar, Walter Mosley, and Ben Macintyre all feature among the Best Reviewed Books of the Week

Agatha Christie and the art of opening a mystery novel • Lisa Levy recommends five psychological thrillers to read this September • Ben Macintyre on a legendary spy and his unusual recruitment strategy in 1930s Shanghai • “How is it all these convenient things happen in novels?” Curtis Evans on the delightful marginalia of an exasperated Victorian reader • Why Lee Child edited a book about nicotine • Wendy Walker on eight great books about women who disappear • Micah Nemerever looks at five novels about destructive romantic friendships • Michael Gonzales on the art and life of comic book visionary Jeffrey Catherine Jones • Callie Hutton draws a thread between past and present with historical fiction • There is no crime fiction without politics, from Vanessa Lillie 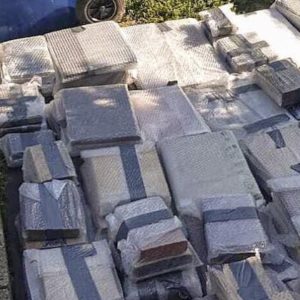 When a group of thieves stole $3.2 million worth of rare books from a London warehouse in 2017, including seminal scientific...
© LitHub
Back to top