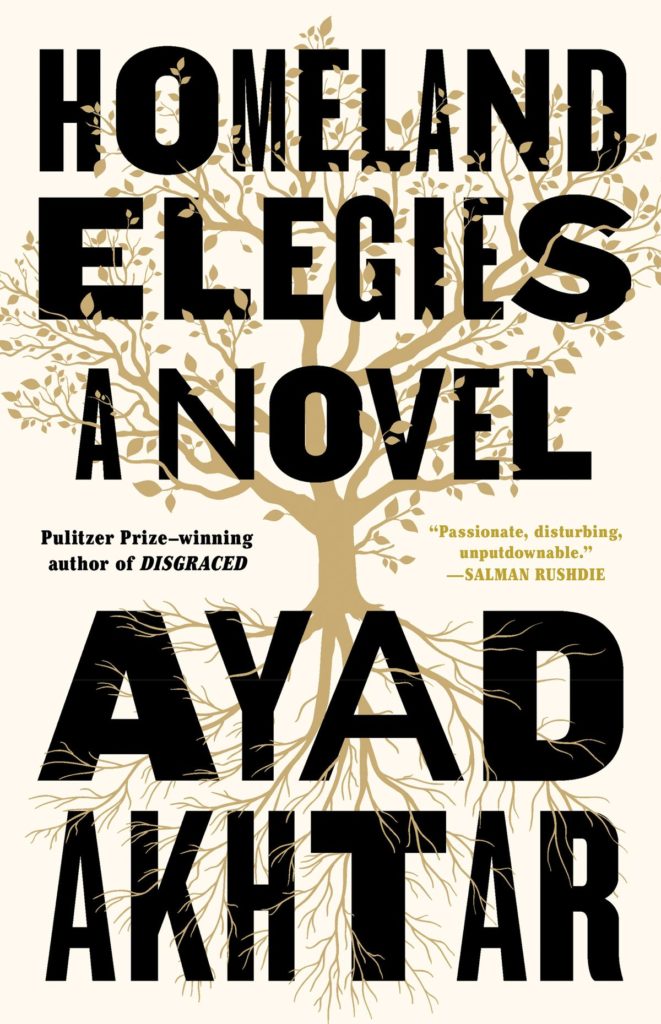 The following is excerpted from Ayad Akhtar's new novel, Homeland Elegies. Akhtar is a novelist and playwright. His work has been published and performed in over two dozen languages. He is the winner of the Pulitzer Prize for Drama and an Award in Literature from the American Academy of Arts and Letters.

I had a professor in college, Mary Moroni, who taught Melville and Emerson, and who the once famous Norman O. Brown—her mentor—called the finest mind of her generation; a diminutive, cherubic woman in her early thirties with a resemblance to a Raphaelesque putto that was not incidental (her parents had immigrated from Urbino); a scholar of staggering erudition who quoted as easily from the Eddas and Hannah Arendt as she did from Moby-Dick; a lesbian, which I only mention because she did, often; a lecturer whose turns of phrase were sharp as a German paring knife, could score the brain’s gray matter and carve out new grooves along which old thoughts would reroute, as on that February morning two weeks after Bill Clinton’s first inauguration, when, during a class on life under early American capitalism, Mary, clearly interrupted by her own tantalizing thought, looked up from the floor at which she usually gazed as she spoke—her left hand characteristically buried in the pocket of the loose-fitting slacks that were her mainstay—looked up and remarked almost offhandedly that America had begun as a colony and that a colony it remained, that is, a place still defined by its plunder, where enrichment was paramount and civil order always an afterthought. The fatherland in whose name—and for whose benefit—the predation continued was no longer a physical fatherland but a spiritual one: the American Self. Long trained to worship its desires—however discreet, however banal—rather than question them, as the classical tradition taught, ever-tumescent American self-regard was the pillaging patria, she said, and the marauding years of the Reagan regime had only expressed this enduring reality of American life with greater clarity and transparency than ever before.

Mary had gotten into some trouble the previous semester for similarly bracing remarks about American hegemony in the wake of Desert Storm. A student in the ROTC program taking her class complained to the administration that she was speaking out against the troops. He started a petition and set up a table in the student union. The brouhaha led to an editorial in the campus paper and threats of a protest that never actually materialized. Mary wasn’t cowed. After all, this was the early ’90s, and the consequences of astringent ideological fire and brimstone—or sexual abuse of power, while you’re at it—were hardly what they are today. If anyone had a problem with what she said that afternoon, I didn’t hear about it. The truth is, I doubt many of us even understood what she was getting at. I certainly didn’t.

Worship of desire. Tumescent self-regard. A colony for pillage.

In her words was the power of a great negation, a corrective to a tradition of endless American self-congratulation. It was new to me. I was accustomed to the God-blessed, light-of-the-world exceptionalism that informed every hour I’d ever spent in history class. I’d come of age in the era of the hilltop city gleaming for all to see. Such were the glorified tropes I learned at school, which I saw not as tropes but as truth. I saw an American benevolence in Uncle Sam’s knowing glare at the post office; heard an American abundance in the canned laugh tracks on the sitcoms I watched every night with my mother; felt an American security and strength as I pedaled my ten-speed Schwinn past split-level and two-story homes in the middle-class subdivision where I grew up. Of course, my father was a great fan of America back then. To him, there was no greater place in the world, nowhere you could do more, have more, be more. He couldn’t get enough of it: camping in the Tetons, driving through Death Valley, riding to the top of the arch in St. Louis before hopping a riverboat down to Louisiana to fish for bass in the bayou. He loved visiting the historic sites. We had framed our photos of trips to Monticello and Saratoga and to the house on Beals Street in Brookline where the Kennedy brothers were born. I recall a Saturday morning in Philadelphia when I was eight and Father scolding me for whining through a crowded tour of rooms somehow connected with the Constitution. When it was over, we took a cab to the famous steps at the museum, and he raced me to the top—letting me win!—in homage to Rocky Balboa.

Love for America and a firm belief in its supremacy—moral and otherwise—was creed in our home, one my mother knew not to challenge even if she didn’t quite share it. Like both Mary’s parents—as I would later learn from Mary herself—my mother never found in the various bounties of her new country anything like sufficient compensation for the loss of what she’d left behind. I don’t think Mother ever felt at home here. She thought Americans materialistic and couldn’t understand what was so holy about the orgy of acquisition they called Christmas. She was put off that everyone always asked where she was from and never seemed bothered that they had no idea what she was talking about when she told them. Americans were ignorant not only of geography but of history, too. And most troubling to her was what she thought connected to this disregard of important things, namely, the American denial of aging and death. This last irritation would yield a malevolent concretion over the years, a terror-inducing bête noire that saw her to her grave, the thought that growing old here would mean her eventual sequestering and expiration in a “home” that was nothing like one.

In her words was the power of a great negation, a corrective to a tradition of endless American self-congratulation.

My mother’s views—however rarely voiced—should have prepared me to understand Mary’s dyspeptic take on this country, but they didn’t. Not even my Islam prepared me to see what Mary saw, not even after 9/11. I remember a letter from her in the months following that terrifying day in September that changed Muslim lives in America forever, a ten-page missive in which she encouraged me to take heart, to learn what I could from the trouble ahead, confiding that her struggles as a gay woman in this country—the sense of siege, the unceasing assaults on her quest for wholeness, the roughness of her route to autonomy and authenticity—that all these had been but fires beneath her crucible, provoking creative rage, tempering sentimentality, releasing her from hope in ideology. “Use the difficulty; make it your own” was her admonition. Difficulty had been the flint stone against which her powers of analysis were sharpened, the how and why of what she saw, but which I still wouldn’t see truly with my own eyes for fifteen years to come, my deepening travails as a Muslim in this country notwithstanding. No. I wouldn’t see what Mary saw until I’d been witness to the untimely decline of a generation of colleagues exhausted by the demands of jobs that never paid them enough,  drowning in debt to care for children riddled with disorders that couldn’t be cured; and the cousins—and the best friend from high school—who ended up in shelters or on the street, tossed out of houses they could no longer afford; and until the near-dozen suicides and overdoses of fortysomething childhood classmates in a mere space of three years; and the friends and family medicated for despair, anxiety, lack of affect, insomnia, sexual dysfunction; and the premature cancers brought on by the chemical shortcuts for everything from the food moving through our irritable bowels to the lotions applied to our sun-poisoned skins. I wouldn’t see it until our private lives had consumed the public space, then been codified, foreclosed, and put up for auction; until the devices that enslave our minds had filled us with the toxic flotsam of a culture no longer worthy of the name; until the bright pliancy of human sentience—attention itself—had become the world’s most prized commodity, the very movements of our minds transformed into streams of unceasing revenue for someone, somewhere. I wouldn’t see it clearly until the American Self had fully mastered the plunder, idealized and legislated the splitting of the spoils, and brought to near completion the wholesale pillage not only of the so-called colony—how provincial a locution that seems now!—but also of the very world itself. In short, I wouldn’t see what she saw back then until I’d failed at trying to see it otherwise, until I’d ceased believing in the lie of my own redemption, until the suffering of others aroused in me a starker, clearer cry than any anthem to my own longing. I read Whitman first with  Mary. I adored him. The green leaves and dry leaves, the spears of summer grass, the side-curved head ever avid for what came next. My tongue, too, is homegrown—every atom of this blood formed of this soil, this air. But these multitudes will not be my own. And these will be no songs of celebration. 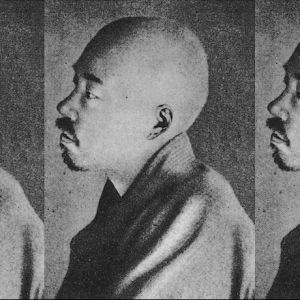 Lit Hub Weekly: September 14 - 18, 2020 The countess who wanted to be the most photographed woman in the world: Nathalie Léger on Virginia Oldoïni of Castiglione. |...
© LitHub
Back to top