Claudia Castro Luna on What Others Misunderstand

I write these lines from Seattle, sitting at my kitchen table where on a normal day I can see Puget Sound and the Vashon Island ferry like an elegant paper boat sailing back and forth on its daily runs. But today is not a normal day. Today is day four of being trapped at home as forest fires raging over the west render our air thick-yellow and hazardous to breathe. Even so, this September lockdown offers a chance to consider the months that preceded it.

When Washington’s governor issued the official stay at home order in late March, Seattle schools had already been closed for weeks. Public life had slowed to a near standstill. Legions of us took to walking at all hours of the day: the early risers, the midday power walkers, the evening strollers. On my own daily walks, I saw shy crocuses peering at the sky awakening from their winter slumber and daffodil clumps waving their buttery faces auguring spring.

Mid-April brought a cavalcade of tulips and soon after cherry, apple and plum blossoms exploded on bare branches. Lilacs released their scent coyly at first, then with sultry passion. I watched a couple stand on a corner sniffing a flowering bush that spilled over a fence. It was comical, the two of them turning to each other to acknowledge something then back to the fence for more sniffing. It was funny until inadvertently I walked past the same fence on my return home. Then I, like them, planted myself in front of the fence and filled myself with the glorious scent.

Spring wore on and the rhododendrons, the state flower, flamed up against their deep green leaves. Teddy bears, even as they were, unable to deliver the hugs for which they were designed, showed up on windows as a friendly gesture to the little ones who could not be in school. I dug out an old teddy bear from a closet and arranged it in our living room window but promptly took it down when my three teenagers, independent of each other, snarled at me: what are you doing?

Yet, neither the promise of longer days after months of dark skies and cheerless cold rain, nor the poetry of fallen cherry petals prettily mounding on streets, dispelled the dread that defined this spring. The first incident of coronavirus infection was detected here in late January and it was here on February 26 that COVID-19 claimed its first victim in the US. By early May the virus was everywhere. The afternoon I realized the death toll from COVID-19 reached 70,000 I became sick to my stomach. The figure echoed another from the place where I was born. 70,000 is the low estimate of the number killed in the Salvadoran civil war. It took over a decade for El Salvador to claim that tragic number, here in the US we reached the staggering figure in a matter of weeks.

In late June my children made cardboard signs to carry at a silent BLM march that drew an estimated 60,000. Not a single scratch was reported.

Then May 25th happened. I walked in on my oldest, two weeks away from her high school graduation, sitting on her bed, staring into her phone, her face contorted, whether from anger, sadness or disbelief, I could not tell. She looked up at me and said something like, “What the fuck, Ahmaud Arbery just happened and now this!”

My daughter spent her last two years of high school as part of a group she co-founded and named the Change Coalition, successfully bringing attention and demanding changes to curricular biases and equitable outcomes for students of color at her school. George Floyd’s murder galvanized her into community activism. Through endless zoom meetings she expanded the Change Coalition, and with youth from across the city, organized a youth led march. On June 9th we watched her give a pre-recorded speech to her high school graduating class while balloons bobbed from our five dining room chairs. The next day she was out on the streets leading the march she’d planned, which drew thousands.

I grew up watching my parents, both of whom were teachers in El Salvador, putting their lives on the line for economic and political reform. For years, demonstrations took place all over the country. I remember my shock at seeing my father’s photograph on the front page of the national newspaper. He was one of the leaders holding a sign with eight others that stretched the width of the street as thousands behind them marched through the streets of San Salvador.

Over the past 20 years I’ve watched El Salvador and the US share more in common: the violence of hunger, the violence of guns and drugs, and now massive demonstrations demanding social change. When I dwell a little longer on that last similarity, something nuanced and intangible surfaces. In El Salvador then, and in the US now, sorrow and an immense sense of loss permeates the demonstrations. I lived in El Salvador when an estimated 150 thousand attended the funeral of Monseñor Romero, who was killed in 1980 while officiating mass. People marched, at a time of extreme state repression, at great personal risk, wearing their pain and sorrow, thinking of him and of all those who had already died. These days, in streets across the US we see the outpouring of grief over George Floyd’s murder and Black lives lost.

June was no doubt an intense month, and for me the events of the past continued to converge with the present. At the university where I teach, one section of the syllabus I’d developed months before came up for discussion while protests in support of BLM broke out across the country. My plan with the students was to explore the events of November 1999, what is known as “The Battle of Seattle” when participants from over 700 organizations from around the world shut down the WTO ministerial meeting in Seattle. Between 40 and 60 thousand people are estimated to have arrived, part of a global justice movement against corporate globalization.

The TV footage from 1999 shows police in full riot gear, launching tear gas into standing crowds, spraying mace at protesters faces, their demeanor designed to intimidate, rather than de-escalate. My students commented how constant brutal police behavior had remained in the 21 years since the WTO meeting. They also noted that then, as now, the protests and marches were overwhelmingly peaceful. Participants engaged in non-violent tactics, wore colorful costumes, made giant puppets that ambled through the streets. But the media focused only on the clashes that erupted, made worse by police overreaction and aggressive crowd control tactics.

Without articulating it, the media coverage of Seattle’s marches in June of this year folded neatly over the images incessantly beamed to the world 21 years ago. Smoke filled streets, people peacefully locking arms, raised fists. The coverage reinforced the notion, laid decades earlier in the collective imagination, that Seattle is a socialist, anarchist haven. In late June my children made cardboard signs to carry at a silent BLM march that drew an estimated 60,000. Not a single scratch was reported. The march did not show up on TV screens nation-wide.

As the city reeled in controversy over demands calling for the resignation of our police chief, peonies broke out from their thick buds. On my early walks I’d find their heavy, splendid heads collapsed on the ground, their scent drifting gently by and by. By then the concentration of COVID cases in Washington had shifted east, over the Cascade mountains, finding fertile ground in meatpacking and large apple processing plants, both places with overwhelming Latino workforces.

Seattle is named for Chief Se’ahl of the Duwamish and Suquamish people, who for millennia called what is now Elliott Bay and Bainbridge Island their home. Chief Sealth foretold that at night streets would forever, “throng with the returning hosts that once filled them and still love this beautiful land.” And so, they do. His departed people observe the thousands marching for peace justice, for Black people to be accorded their dignity, the full measure of their humanity. They watch and remember springs and Junes of yesteryear absent lilacs, peonies and cherry blossoms. They remember, using their own ancient names, snowy trilliums along stream banks, florid salmonberry shrubs, swaths of waxy yellow skunk cabbage lilies on damp forest floors.

Claudia Castro Luna is Washington’s State Poet Laureate (2018 – 2021) and served as Seattle’s inaugural Civic Poet (2015-2017). She is the recipient of an Academy of American Poets, Poets Laureate Fellowship and the author of One River, A Thousand Voices, Killing Marías and the chapbook This City. She is currently working on a memoir, Only the Stars Remain, about growing up against the backdrop of war in El Salvador and embracing writing to find her way out of a labyrinth of forgetting. Learn more at castroluna.com

Let's Stop with the Realism Versus Science Fiction and Fantasy Debate 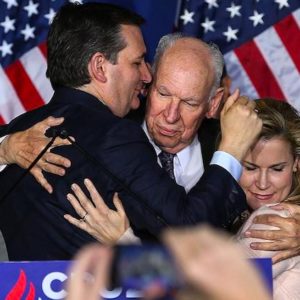 Republicans are fixated on the idea that their party is connected to the party of President Lincoln, whose party also bore...
© LitHub
Back to top