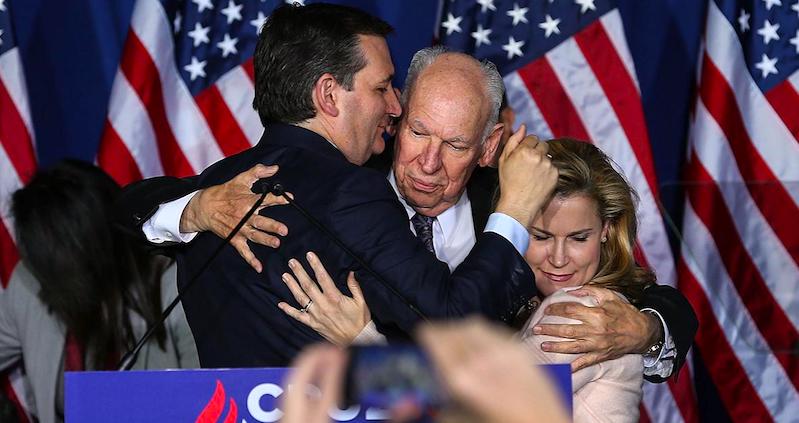 Peter Balakian on the GOP's Convenient Distortions of History

The Republican Party has spent decades shouting, among other hollow slogans, that big government is bad and small government is good. They contend that small government is morally virtuous and good for liberty and freedom—epithets from Barry Goldwater’s 1960 Conscience of a Conservative, Movement Conservative’s manifesto. And, one must ask: whose freedom? But, if Republicans understood that Lincoln’s party is the origin of the modern, interventionist, administrative state, they would condemn it as socialist.

Big government began with President Lincoln’s Republican Party, which in fundamental ways is the progenitor of the modern Democratic Party of President Franklin D. Roosevelt. Lincoln’s party was not one of small, non-intrusive government, minimal taxation, traditional social mores, and white supremacy. It was the party of strong federal intervention and moral directive against the institution of slavery and Southern secession, the party of federally funded higher education, federally funded national transportation, and social welfare. The radical Republicans of Lincoln’s Party with their reform zeal and moral interventionist vision would be to the left of Bernie Sanders and Elizabeth Warren.

President Trump’s failure to understand the history of the federal government’s role in times of crisis has cost the nation greatly.

Today’s Republicans, with their passion for states’ rights, their protection of the white supremacist segments of American society, their aversion to ethical federal pro action, have more ideological connections with the slaveholding southern Democrats of the 1860s than they do with Lincoln’s party.

President Franklin Roosevelt continued the Lincoln tradition because he understood that a well-organized federal bureaucracy was essential to rescuing the nation from an extraordinary crisis in 1932. Unregulated and corrupt capitalism had run the economic and financial infrastructure into the ground. FDR’s New Deal brought the power of federal leadership and the administrative state to a new place. His financial regulations and public work projects stabilized the economy and provided jobs and relief for millions.

The Works Progress Administration, Social Security, and the Fair Labor Standards Act were just some of the innovative and nation-saving programs FDR created. The New Deal put people back to work, rescued capitalism, and restored faith in the American Way.

When another national crisis exploded in the 1960s, President Lyndon B. Johnson exerted federal leadership in mobilizing the modern administrative state for the purpose of ethical and legal intervention. Although the Civil War was supposed to have extinguished inequality for African Americans a century prior, Black people still lived under Jim Crow apartheid and were subjected to lynching, disenfranchisement, and racial prejudice that defined the social and economic structures of the nation.

Fast forward to our current national state of chaos. President Trump’s failure to understand the history of the federal government’s role in times of crisis has cost the nation greatly. The amount of unnecessary death and related suffering has been devastating and is still unfolding. Why should the most powerful economy in the world have the most reported cases and the most deaths of Covid-19 in the world?

The United States has been exposed, in this moment, as the most dysfunctional industrialized nation in the world. Notwithstanding that Trump is incompetent for the job of president (conservative Republicans who have worked with him, like John Bolton and Rex Tillerson concur), it is also clear that Trump’s anti-big government attitude has contributed to this crisis.

Those who believe complex modern society can work without a high level of professional, administrative federal government are living in a fantasy. Anti-government obsessions have been embraced by individuals and institutions that want to prioritize amassing wealth over the common good of the nation; fostered by a culture of uninformed romantics who idealize cowboy individualism and backwoods libertarianism; fueled by recent emigres who have fled totalitarian governments and have understandable fears about totalitarianism but who often have little context for understanding American history and its political institutions.

The idea of “getting government off our backs” (the rhetoric of Goldwater) is as ethically misguided as it is dangerously out of touch with how societies work. “Pulling yourself up by the bootstraps,” may be fine for private life, but when applied to solving complex social problems it is absurd and destructive.

“We are in desperate need of proactive, federal, scientifically anchored government.”

It is impossible to avoid confronting the hypocrisy embedded in these ideas. Republicans hate government when it comes to helping segments of the population in human crisis and infrastructural distress, when it has to do with moral urgencies like ending segregation, creating a voting rights act to redress a century of voter suppression, when it has to do with expanding the minimum wage, or creating national health care.

Because who cares about 30 to 40 million people who have no health care. But they love big government when it comes to funding corporations, agra-business, and the military. In his whistle-blowing book It Was All A Lie: How the Republican Party Became Donald Trump, Stuart Stevens, a high-level Republican strategist for almost 40 years, calls it corporate welfare:

As the magazine The American Conservative notes: “Agricultural subsidies are one of the most important examples of corporate welfare—money hand-outs to business based on political connections.” There’s a language war here that Republicans have been winning for decades. “Welfare” is what the poor get because they are, well, poor, and being poor is a choice because in American anyone can succeed. Or something close to that.

But “grants,” “tax breaks,” and “incentives,” are the language businesses use to describe the corporate welfare they demand in exchange for doing what they usually have to do or want to do anyway” (IAL, 68)

That Republican administrations have driven the national debt higher than Democrats over the past 50 years underscores the further hypocrisy of anti-big government rhetoric and alleged values of fiscal responsibility. The campaign to hate big government is what it is: a rhetorical ploy to push the power sectors of big money and military, and shore up the embittered segment of American white people who are threatened by the idea of democratic parity with African Americans and other non-white minorities. Republicans could at least jettison their sloganeering about anti-big government; it would be honest and helpful to segments of our citizenry who are being duped by it.

We must recall that in another era, a different Republican Party understood the necessity of big government intervention for human well-being and moral crisis. President Eisenhower expanded Social Security, increased the minimum wage, and created the Department of Health, Education, and Welfare, and the Interstate Highway Program (41,000 miles of roads). He also used federal troops to beat back white supremacists who were beating and flogging African Americans in the streets of southern cities.

The history of the United States shows us that without proactive, ethical, federal government there is little social justice and change. The clichés of freedom and liberty bandied about by conservatives rarely have anything to do with real people who have been denied real freedoms. What would the United States be without liberal movements for reform: would women be voting, and shaping American government as they now are?

Would African Americans still be living under an apartheid system? How much more ravaged would the environment be? Would children still be working in slave-like conditions? Would labor have redress to capitalist exploitation? Would the LGBTQ community still be hiding in fear?

The colossal failure of Trump’s handling of the Covid-19 pandemic crisis makes it clear that we are in desperate need of proactive, federal, scientifically anchored government. It’s not too late for the Republican Party to learn something from Lincoln’s concept. The Democratic Party is not perfect, it does not have the answers for all the world’s problems, but it does not engage in power-hungry deception and policies that are cruel to citizens who have been unfairly left out in the cold.

The idea that complex social and political problems that often involve life and death matters for millions of people who have been marginalized and disadvantaged—often through no doings of their own—should be reduced to the vanities of citizens who are so impressed with their own personal advancement or so self-satisfied with the good luck of having inherited wealth—is an absurdity of conservative ideology that must be rectified for a fair and humane democracy to progress.

For now, unmasking the dishonesty of Republican Party rhetoric about government can help people in need see what is in their best interest and help the nation move forward in a dire time.

Peter Balakian's recent book Ozone Journal won the 2016 Pulitzer Prize for poetry. He is also the author of Black Dog of Fate, a memoir and The Burning Tigris: The Armenian Genocide and America’s Response both New York Times Notable Books. His forthcoming book of poems No Sign will be published by the University of Chicago Press. He is Donald M. and Constance H. Rebar Professor of the Humanities at Colgate University. 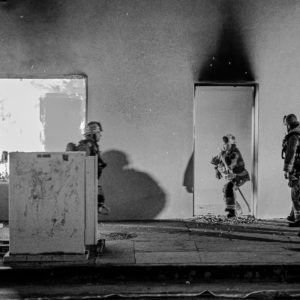