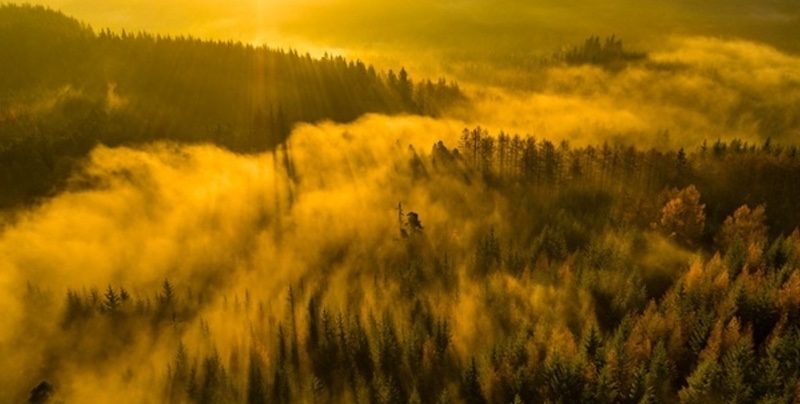 Lessons on Addiction from Five Writers

During the decade or so when I was trying, and failing, to get sober, reading books about addiction became a kind of therapy. I could reread the passage about alcoholic hallucinations in Augusten Burroughs’ Dry and feel reassured that the spiders crawling across my pillow were fabrications of my overstimulated brain, or pick up David Carr’s The Night of the Gun for the hundredth time and imagine that someday, I, too, would use the tools of journalism to interrogate my own life, if I could ever manage to get through a morning without drinking.

Books about addiction are, ostensibly, aimed at people in recovery, or those who enjoy reading stories of real people who triumphed over adversity. But I think their real audience—and certainly the one I had in mind when I was writing my own book about relapse and recovery—is people reading from a prone position with one eye open, struggling to keep track of the sentences as they take another swig from a plastic bottle.

Books about drinking helped me get sober, not by prescribing a path to recovery but by mirroring back to me what my own addiction was really like: not a redemptive arc from rock bottom to recovery but a tedious cycle filled with big and small achievements, crushing and minor indignities. My favorite books about addiction aren’t those in which the protagonist loses it all and corrects course after seeing the error of his ways. They’re the ones where the struggle is messy, ambiguous, and offers no tidy answers, much like recovery itself.

Here are six of the books that I read in the last five years before I found recovery and wrote my own book, Quitter, about the messy, ambiguous, untidy path that got me there. 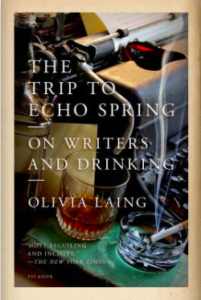 When I was starting out in journalism, in the 1990s, my goal was to be the kind of writer who shook off her hangover with a slug of whiskey and tossed copy onto an editor’s desk at 5:00 before knocking off to the bar to pump politicians for stories. In addition to hard-drinking, chain-smoking city columnists like Mike Royke, the all-male canon I worshiped eventually included genteel alcoholics like John Cheever and Tennessee Williams. But until I was an alcoholic myself, and drawn to stories about other alcoholics, I was unfamiliar with John Berryman—the poet whose unfinished autobiographical novel about his time in treatment for alcoholism, Recovery, anchors the most memorable chapter of Olivia Laing’s informative and empathetic book about the relationship between writers and alcohol.

The Trip to Echo Spring is a researched but deeply personal rumination on why so many writers feel they must drink to be creative, even when the belief turns into an urge that turns into a compulsion that either kills them or forces them to a reckoning. John Cheever got sober. John Berryman killed himself. Both were victims of what Laing calls “the hand-me-down catastrophe of genetic predisposition,” and of the false conviction that alcohol makes us more who we truly are. 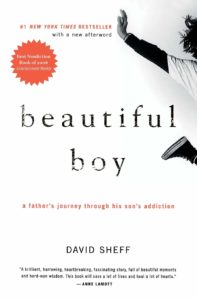 If there’s one thing that will take a drinker’s mind off their own addiction, it’s reading about an addiction that seems even worse. That’s what initially drew me to Sheff’s rightly revered book about his son Nic’s struggle with addiction to methamphetamine, but the real insights were ones I wasn’t cogent enough to appreciate at the time. Sheff’s book reveals with unsurpassed clarity the ways in which addiction is a family disease. Despite knowing better, the older Sheff blames himself for his son’s addiction, finding the platitudes of Al-Anon (“you didn’t cause it, you can’t control it; you can’t cure it”) unconvincing and banal. He rationalizes. He consults doctors and psychiatrists. He searches in his own past—was he too casual about marijuana?—to figure out where he went wrong.

The Nic of Beautiful Boy was younger than I was when I first read the book, so I was able to willfully avoid the obvious parallels between his family and my own. But insight is cumulative, and when I finally got sober, I turned to the book to understand what I had put my family through and what I owed them now. Not all of Beautiful Boy has aged well—in particular, the description of meth as uniquely and permanently damaging is disputed by many addiction researchers and harm reduction advocates—but it offers profound and actually helpful insights into the nature of addiction as a disease that affects not just the addicted person, but everyone around them. 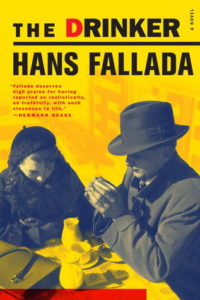 The Drinker is the unrelentingly bleak story of an unrepentant alcoholic who, locked in an asylum for his drinking, fails to gain insight into his condition and ends the book attempting to contract tuberculosis from the fellow prisoners who come into the infirmary where he has been assigned to work. This is a man whose actions might seem, to a non-addict, insane—in the book’s final chapters, he stumbles across a bottle labeled “alcohol 95%” and downs it, experiencing “that wonderful boundless happiness” before crashing face-first onto the floor—but which offer vital insights into the capacity for self-delusion that is the hallmark of the unrecovered alcoholic.

It’s easy to hate the narrator of this thinly veiled autobiographical novel, written while its author (real name: Rudolf Wilhelm Friedrich Ditzen) was imprisoned in a Nazi insane asylum: He blames everyone, including his long-suffering wife, for predicaments that are entirely and transparently his own doing. But when I read The Drinker, I feel immense empathy for this deeply unlikable, infuriating man, who keeps making the same mistakes over and over and cannot for the life of him understand why everyone around him keeps betraying him. 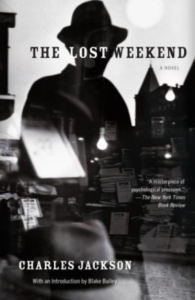 It may seem odd to see another grim, semi-autobiographical novel about the ravages of addiction from the perspective of a middle-class male writer in the first half of the last century on this list, but hear me out: More than 70 years on, The Drinker and The Lost Weekend remain two of the most realistic, honest portrayals of relapse and late-stage addiction ever put to print. Consider them bookends, and read Jackson’s second, because despite its dismal ending, The Lost Weekend is an incisive portrait of a man who fully understands the nature of his condition, even as he is utterly unable to overcome it.

Though the premise is spare—a man, left to his own devices for a long weekend, goes off the wagon and off the deep end, losing track of time as he suffers humiliation after unremembered humiliation—The Lost Weekend is really about the terrible realization that every alcoholic must have eventually: There is no reason, and there is no cure. “Last night it had been merely drink. It was medicine now.” When I read these words in my last year of serious drinking, they gave me a chill of recognition. Today, they serve as a warning. Why did I drink? Because I had to. Why did I quit? Because, in the words of Jackson, I “had reached the point where one drink was too many and a hundred not enough.” 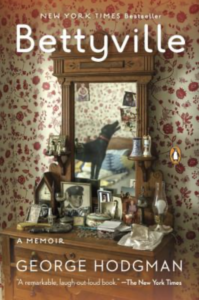 “Shame can make a joke,” George Hodgman writes, in his gut punch of a memoir about taking care of his mother in her final days. “It can reach for a bottle. … It can seep into everything without you ever knowing.”

Hodgman, a recovering addict whose parents never fully accepted his homosexuality, left New York after losing his job at Vanity Fair to move back into his childhood home in Paris, Missouri, “population 1,246 and falling.” Bettyville is about Hodgman’s loving but fraught relationship with his acerbic, often petulant, frequently sharp-tongued mother, but it is also an affecting story about a man who finds himself in over his head with drugs, unlucky in love, and deeply uncomfortable in his own skin.

Bettyville is one of the few books I’ve read that can still make me laugh and cry within the span of a single paragraph. Hodgman uses humor to deflect—in response to a counselor who tells him he runs from his feelings, he jokes, “I know. I hope they’re fat and slow and can’t keep up”—and to cope with his new life as a full-time caretaker forced to assess his life with a mother he realizes he never really knew. At 90, he writes, “she lives in a foreign land where it is up to me to try to make her feel at home. She has walked so far, through time.”

Hodgman died by suicide in 2019. In Bettyville, he wrote, “I think people who have always felt okay in the world will never understand those of us who haven’t.” Addiction is about trying to feel okay in the world. Eventually, you discover that one is too many, and a hundred not enough. 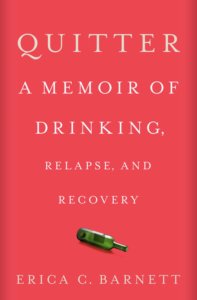 Erica Barnett is an American journalist and editor of The C Is for Crank, a platform centered on Seattle politics and policy. Her memoir, Quitter: A Memoir of Drinking, Relapse, and Recovery, was published in July 2020 and is available on paperback and audiobook.

When Jimi Hendrix Took the UK by Storm 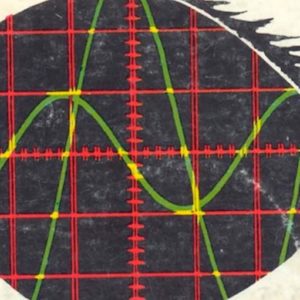 I discovered Miguel Collazo’s second novel, The Journey, at the age of 13, in January 1982. My mother brought me the novel—then...
© LitHub
Back to top
Loading Comments...