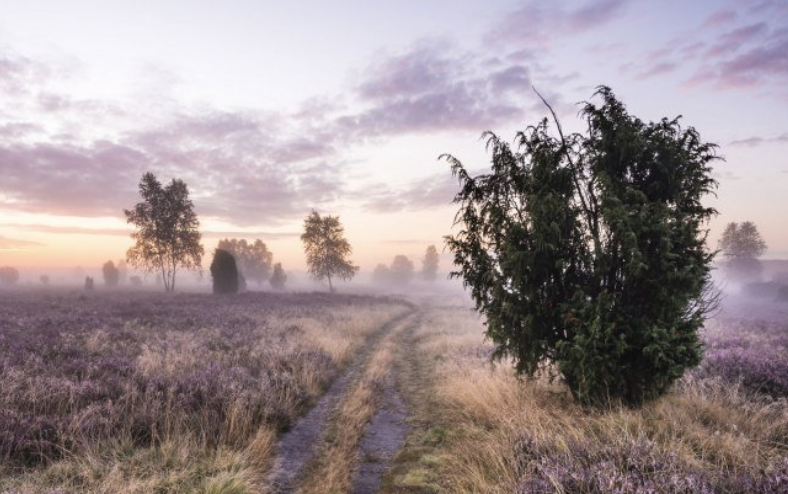 Why Robert Michael Pyle Is Haunted by a Field of Heather

One of the ways that universities try to make postgraduate students feel special and at home while accruing vast debts for their advanced degrees is to give them an office, or lab, or both. Depending on the size of the department, its budget, and the professor’s grant, this may vary from a coat closet to a cranny to a cubicle to quite capacious quarters. The office serves the practical purpose of office hours for teaching assistants, and as a quiet place of study or work on the thesis project.

My first office as a grad student was in a good room facing an inner plaza in the fine old college-gothic forestry school, Anderson Hall, at the University of Washington. My desk faced that of my officemate and lifetime friend, Neil Johannsen. We TA’d for Professor Grant Sharpe, the guru of the time for the field of Nature Interpretation. When Neil left (later to become director of Alaska State Parks), I moved offices across the forestry quad to Bloedel Hall, a striking new facility, all laminated cedar and glass. Not so lucky with an officemate this time, I drew a right-winger of an eastern Washington kid who liked to hunt bobcats, the very negative of my enviro-hippie-commie style. Forestry was polarized in those days between the pulp-and-paper types and the wildlife/wilderness devotees—or Pinchot vs. Muir, as we saw the split. I didn’t really enjoy the bobcat-and-clearcut debates, which were unavoidable. But my officemate had the desirable trait of seldom being in residence, especially at night when I mostly worked.

Nor was the setting as amenable as Anderson Hall. The innards of Bloedel were as functional as the outer surface was esthetic. My study space, in the basement, was about as sterile and antiseptic as a room might be. No stone walls or old wooden desks, as are found in graduate student crannies elsewhere: only plastic and cinderblocks. No mullioned windows, either, through which to spy on squirrels and siskins. My desk faced a cinderblock wall. In fact, the only thing in that room with any character or animation at all was a transparent Pyrex water pipe, running ceiling to floor, hard beside my desk. The water flow was intermittent, like flushing; so at first I watched reluctantly, earnestly hoping I wouldn’t see something brown coming down that was definitely not an otter.

In time, of course, I began adding some sparing furnishings just to keep me sane while cooped in this cinderblock cell: a poster of a tern in flight, for uplifting inspiration; a woodcut of a forest clearcut, to keep me from slipping into an unconcerned idyll; a color picture of aspen-clad mountains in Colorado, for occasional dreams; and another of a butterfly on a thistle, to bring me back to the reality of my thesis-cum-butterfly book. Just for comfort, I added an FM radio for soothing baroque, and a few crispy sycamore leaves on the floor for counterpoint crunching. My officemate did not approve, and stayed away more.

The Lüneburger Heide, a nature reserve south of Hamburg, is much of what remains of the vast heaths that once carpeted large parts of north-central Europe.

One particular evening, my intention was to concentrate solely on my thesis. I soon knew, though, that I was going to be subverted. I should have stopped with the Colorado aspens. But, feeling a need to cover a part of the big, plastic surface of my desk with something palatable, I had smuggled four postcards into my mental monastery. Three I could glance at, enjoy, and then subordinate to my work: the Haida thunderbird panel, the Glen Canyon moss spring, and the Samuel Palmer sepia. But the fourth one, and I knew it should have stayed home in my playroom, haunted me. It pictured the Lüneburger Heide of northern Germany. It conjured soft smells of heather, the evening sounds—and a throbbing, hurtful memory of an abominable act.

The Lüneburger Heide, a nature reserve south of Hamburg, is much of what remains of the vast heaths that once carpeted large parts of north-central Europe. My wife JoAnne and I had gone there by accident that June, then returned most purposefully in August when the heather bloomed. We had known heather only as sparse plantings around our Seattle campus and neighborhood and were entranced by it even then. You can imagine our joy at finding ourselves in the midst of thousands of acres of solid purple heath.

There was more to the Heide than the heather, however. Turning off the autobahn, we rolled on gentle roads through forestland crisscrossed by miles of pleasant trails. In June we had walked these trails for idyllic hours. Returning late in the season, we bypassed them and went directly to the tiny villages of the heathland proper. These villages consisted almost entirely of farms, because some limited farming was allowed in the park (to help maintain habitat for the wild boars), and of gasthauses or Fremdenzimmer—places where one could lodge and dine. And such places! Classic half-timbered German farmsteads they were, many with thatched roofs and pigs in the yard. Comfortable, warm, genuinely endemic, and cheap in 1968: maybe three dollars for a warm bed and sumptuous breakfast before the hike.

The hike, of course, being the chief pleasure thereabouts. Oh, not everyone hikes who comes to the Heide. Some Hamburgers simply sit around the gasthaus under the rows of mounted deer antlers and capercaillies (Auerhuhn), the big, black forest grouse that were more often shot in the past than even seen today. Others drive the few roads in their automobiles, stopping where they can find beer and company, or to shop for the shaggy sheepskins displayed at the junctions. Still other formal visitors from the North Sea cities penetrate the auto-free parts of the park by means of horse-drawn, rubber-tired carriages. But Germans are walkers, and the trails are seldom solitary when the heather blooms and the vacationing families arrive for their Spaziergänge. We walked the paths with the natives for the afternoon, surprised at their funny reactions to our American high-top hiking boots.

We paused at the micro-village of Wilsede in the middle of a broad heath. Here was the tiny Magdalena Church, a Teestube for sustenance, and a resident artist’s gallery, where I obtained the postcard that stimulated these thoughts. By waiting until the first of dusk, we found we were able to have the heath to ourselves. My postcard shows the Heide just as I remember it that evening. A lowering sky falls upon a lowering land. Clouds of vapor meet clouds of heather, their textures nearly the same. The white sand path, trampled by the ages yet firm, stretches off into the purpled plain. It is lined, off and on, by unpretentious birches, whose leaves are gold-washed since the heather blooms late in the season. Everything else is horizontal, except for the erect and olivaceous forms of sparse junipers. Beyond all, the black spruce forest swells.

The spruces on one eastern ridge emulated castle turrets against the pale sky.

Dark was only threatening, not yet arrived. The hikers had retired; but the Heide creatures were about. One vale held a jumpy family of brown rabbits, browsing their protective cover. Nearby, a courtship transpired: a pair of lapwings, exotically crested plovers of temperate uplands, were conducting the dance prescribed by eons of adaptation to stimulate the mating frame of mind. Did they suppose there was still time for one more brood? The last direct light caught a maroon flash from a lapwing’s flank.

We mounted a hillock to watch the tangerine sunset. As we did so, a red fox darted from heather to spruce. The spruces on one eastern ridge emulated castle turrets against the pale sky. Thus the Heide experience. Until the morning, when it was shattered.

We happened to drive out of the federal nature-protection area (Naturschutzgebiet) toward the southeast, the way we had entered in June. This took us past the trailheads we had discovered then. Incredulous, we saw our vernal footpaths now as great, gouged thoroughfares! Every route that intersected the small highway had been similarly disemboweled.

“What the hell…?” I began, but I knew what. Each trail, previously horse-sized at biggest, had been overlaid by fifteen-foot swaths; and at the sides, engraved in the crushed leaves and violated soil, were tracks—the hateful, hellish tread-tracks of tanks!

After just a few hundred yards there lay a scene of greater plunder yet. The forest will rejuvenate, the trails can be restored. But here stretched a whole heath, or a once-heath, ripped and raped over all of its many fragile acres. Like the arctic mosses, heather is a delicate tissue; and the heath, so like the tundra, is a perishable organism. No life remained on this plundered plain. Only a ring of trees in the center that sheltered a historic, but now anomalous, old Heidehaus. Ancient, peaked and thatched, the scenic relic now languished solitary and bleak among the ruins of the land that had nurtured it for centuries.

And though we were acutely aware of the horrors of American defoliation in Vietnam, we had hardly expected to find similar biocide in modern Europe.

On still a little farther, the villains were revealed: in an expansive mudflat, a camp of British armored troops. George Laycock’s term for harmful invasive species, “diligent destroyers,” could be used to no greater advantage than for these professionals. The tank soldiers lounged on their metal monsters, which hulked in a foot of tortured mud. A few, not yet satiated, spun and grinded and clawed, as though some further pain could still be wrenched from the earth, like the murderer who sinks his blade in far more times than necessary for simple dispatch.

We did not speak with them. Soviet tanks had rolled in Prague that spring when the Warsaw Pact countries invaded Czechoslovakia. We surmised that those events, and the many protests around Europe that summer of ’68, were the pretense for these maneuvers. Defense, if you will. We had seen the shattered cathedrals at Lübeck and we asked ourselves: “Weren’t you satisfied with Germany’s culture? Do you have to crush her heather, too?” Naively, we had thought all that was over before we were born. And though we were acutely aware of the horrors of American defoliation in Vietnam, we had hardly expected to find similar biocide in modern Europe.

How can any country establish a land ethic, we wondered, when its very “protectors” sabotage the land itself? The very land that had spawned Gifford Pinchot’s vision of forestry. We did not bother to learn where the Naturschutzgebiet boundary lay in relation to the depredation. It was all the same, just as redwoods are redwoods, federal or private. The surviving heath was tiny enough that any loss is tragic, inside or outside of formal reserves.

Besides, we doubted whether the British tankmen could not have had the entire park for their lethal games, had they wanted it. The conquering soldier’s disregard for the sacred is universal. But it was driven home with bitter irony that day on the Lüneburger Heide by the signs that marked each tank-gored trail: 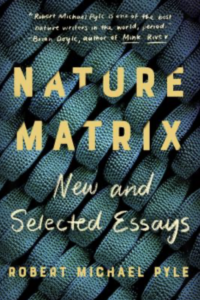 Robert Michael Pyle is a biologist and writer who has worked in conservation biology around the world. His twenty-four books include Wintergreen, Where Bigfoot Walks, Mariposa Road, four collections of poetry, the novel Magdalena Mountain, and a flight of butterfly books. Founder of the Xerces Society for Invertebrate Conservation, he was recently named an honorary life fellow of the Royal Entomological Society. Pyle lives, writes, and studies natural history in rural southwest Washington. 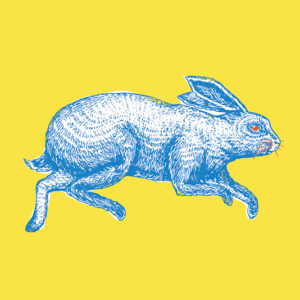 The essay is often a thrillingly interior vehicle, a version of the author’s mulling, meandering mind, meant to accompany...
© LitHub
Back to top
Loading Comments...