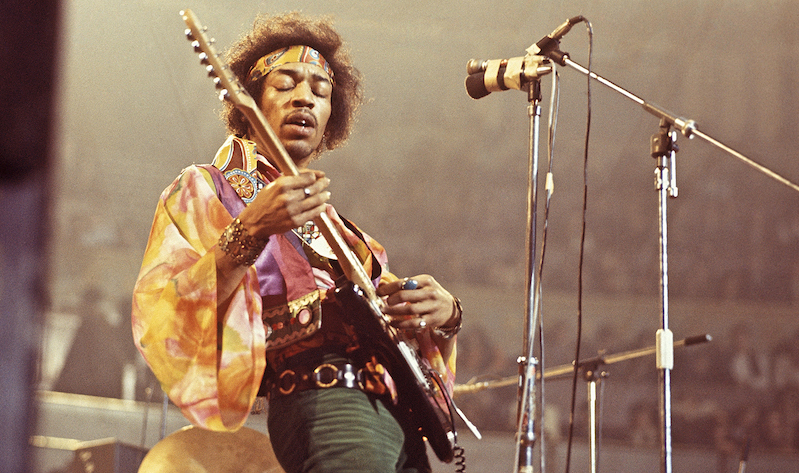 When Jimi Hendrix Took the UK by Storm

With Jimi Hendrix in possession of a three-month UK work permit, and so able to perform openly at last, the most urgent need was to find him a backing band. He himself talked vaguely about a Little Richard-style “revue” with a horn section, but Chas Chandler was firmly against any such echo of the Chitlin’ Circuit and decreed a straight rock format with two essential preconditions. Whatever sidemen Jimi acquired must be a) white and b) not so brilliant as to take attention away from their front man.

Noel Redding, a 21-year-old from Folkestone, Kent, had been playing guitar with the little-known Loving Kind when he traveled up to London in answer to a job ad in the New Music­al Express. Rather than go totally solo after the Animals’ split, Eric Burdon, had decided to form a new line-up under the same name. Redding, who had played with Burdon a couple of times previously, was hoping for a place in those New Animals.

He had just failed his audition at the Birdland club when the door opened to admit Chandler and what Burdon would later recall as “a shadowy figure in a Western sombrero kind of hat [with] beads around it.” Burdon had heard about Jimi from Linda Keith, along with “some wild rumors about this guy who’d been in prison and killed someone and played guitar with his teeth.” After the hat, what he noticed was the newcomer’s pigeon-toed gait. “You could tell that he’d had the wrong sized shoes on as a kid and his feet were all screwed up. It was like his toes made a triangle as he walked. He looked almost purple in the darkness of the club and he just grabbed a guitar and said, ‘Do you mind if I have a jam?’ and these amazing sounds started to ricochet around the room.”

Meanwhile, Chandler’s attention was fixed on the guitarist who had just failed to impress Burdon. Handling rhythm and lead as Jimi did, both roles would be equally redundant in any band he led. However, above Noel Redding’s bespectacled, rather pinched little face was curly hair naturally forming an Afro as voluminous as Jimi’s sculpted one. Tonsorially, if not musically, he was perfect.

By Redding’s later account, he and Jimi went to the next-door pub, the Duke of York, and Jimi asked if he’d consider switching to bass. When he confessed that he’d never played one, Jimi offered to teach him and asked him to come back tomorrow to start learning on the instrument Chandler had used in the Animals. However, Kathy Etchingham disputes this. “All Noel’s stories had to do with pubs. I was at the audition and I know that Chas and Jimi agreed to hire him in the taxi afterwards.”

A somewhat greater problem was finding a drummer whom Jimi would not completely overwhelm. There was no shortage of applicants and in the end it came down to a dead heat between Aynsley Dunbar from a Liverpool group, the Mojos, and 20-year-old John “Mitch” Mitchell from Ealing, west London, until recently wielding the sticks in Georgie Fame’s Blue Flames. Mitchell was a former child actor and member of the Ovaltineys, a troupe of shiny-cheeked tots who advertised the bedtime drink in dressing gowns and slippers. He had fallen in love with percussion as a schoolboy, working Saturdays in the drum shop of Jim Marshall before Marshall invented monumental amplifiers.

“We go onstage, I look down at the first four rows and see all my biggest heroes . . . Eric Clapton, looking like ‘Oh my God, I’m not God any more.'”

Dunbar was a talented player who would go on to work with Frank Zappa, David Bowie and Lou Reed while Mitchell, for all his diminutive build, was a powerhouse with a strong jazz bias. Unable to decide between them, Jimi tossed a coin and the ex-Ovaltiney won.

A pianist was also considered, but Chandler and Mike Jeffery decided to stick with a power trio line-up like Cream’s, even though Jimi was still uncomfortable about doing vocals and neither of the other two showed great talent in that direction. Noel Redding would recall how, to begin with, the songs they played were “virtually instrumentals with extremely minimal mumbling.” Jeffery would always claim credit for naming them the Jimi Hendrix Experience, a bit like the Brian Auger Trinity, but lending Jimi the aura of a theme park ride rather than a church.

Mitch Mitchell’s arrival enhanced the band by more than just percussion. Since trying out Vic Briggs’s mighty Marshall, Jimi had grown increasingly unhappy with the feeble 30-watt Burns amp provided by Chandler. Learning that Mitchell had once worked for the giant’s inventor, Jim Marshall, the fortuitously named James Marshall “accidentally” destroyed the Burns by kicking it down a flight of stairs, then personally ordered a brace of Jim Marshall’s finest, for himself and Noel Redding. Marshall was impressed that his near-namesake wasn’t looking for freebies but for special after-sales service.

As it happened, this quantum upgrade came in the nick of time. One of Jim’s final “secret” appearances had been at the Cromwellian on a night when Johnny Hallyday dropped in for dinner. Hallyday was France’s only rock ’n’ roll star, known as “the French Elvis” and hugely famous there (though virtually unknown in the wider world). Bouleversé by what he saw and heard at the Cromwellian, he asked the Jimi Hendrix Experience to join him for four nights of concerts in his homeland, starting on October 13th.

A few days after the Hallyday invitation, a lowly young band named the Syn returned to London from a hard week of traveling around grim northern venues like Stoke-on-Trent, mostly in pouring rain. Their bass player was 18-year-old Chris Squire, later a mainstay of the globally successful Yes.

That Tuesday evening’s booking at Soho’s famous R&B club, the Marquee in Wardour Street, came as a welcome relief for the Syn. Top bands always played the Marquee on Tuesdays and they were opening for Cliff Bennett and the Rebel Rousers, who currently had a UK number 6 single with the Beatles’ “Got to Get You into My Life.” Supporting such a crowd-puller triggered a small percentage of the gate money on top of their fee, which for Chris Squire meant being able to go on eating until the weekend.

When he arrived at the Marquee, there was an unknown band rehearsing on its stage, something that ordinarily the club never allowed. “The guitarist is a black guy and he’s going ‘duh-duh-DUH’ to the bass player who’s playing ‘duh-duh-DOH’ and I want to tell him ‘No, no, no, it goes like this’. I went to the assistant manager, Jack Barry, and said, ‘Where are Cliff Bennett and the Rebel Rousers?’ and he said, ‘No, these guys are the main act tonight’. I went ‘What? They can’t learn five notes together’. In the dressing room I get talking to this guitarist, which is the first conversation with a black guy I’ve ever had—and odd as well because normally guitarists didn’t talk to bass-players. He’s looking at my bass and saying, ‘Oh yeah, I knew someone in Seattle who had a Rickenbacker bass,’ and all the time I’m thinking, ‘This guy has got this awful band that no one’s going to come and see’.”

A few doors from the Marquee was a café to which Squire and his bandmates went for a pre-performance meal, ordering the cheapest things on the menu. As they sat there, they watched the queue for the club extend past the window and continue all down Wardour Street.

“I went to the entrance, where Jack Barry was taking ten-shilling notes hand over fist, and said, ‘What’s going on? Who are these blokes we’re opening for?’ Jack said, ‘I’ve no idea. I was just told by the front office that they’re headlining’.” The crowd was soon far beyond any Cliff Bennett and the Rebel Rousers could have drawn, meaning the Syn would get their gate percentage after all, so Squire could return to the café and order a dessert.

After the Syn’s set, an anticipatory crowd in the wings blocked Squire’s way back to the dressing room, leaving him no choice but to watch the mystery headliners sitting on the grand piano behind Mitch Mitchell’s drums. A few seconds were enough to show that Noel Redding’s unsteady bass-fingering mattered not a jot. “Jimi just blew me away,” Squire would recall.

More than that, the shy 18-year-old realized later that some of the raw sex pumped out with “Hey Joe,” “Killing Floor,” “Land of 1,000 Dances” and “Wild Thing” seemed to have stuck to him. “There were girls at the Marquee that night I never would have dared to talk to. But suddenly they were like ‘Oh hi, Chris . . . Weren’t you on with Jimi? . . . Can I buy you a drink?'” 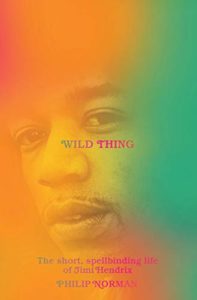 Philip Norman is the best-selling biographer of Eric Clapton, Buddy Holly, the Rolling Stones, John Lennon, Elton John, Mick Jagger, and Paul McCartney. A novelist and a playwright, he lives in London. 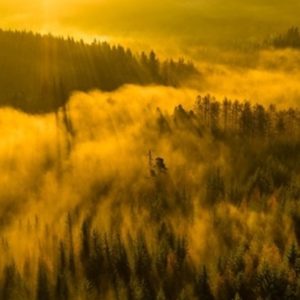 During the decade or so when I was trying, and failing, to get sober, reading books about addiction became a kind of therapy....
© LitHub
Back to top
Loading Comments...