Can America’s Governors Save Our System of Democracy?

Saladin Ambar on Where Power Lies in These United States

One hundred years ago, governors built the modern presidency. Governors, once described by James Madison as “ciphers” in American politics, became popular national figures in the late 19th and early 20th century, inveighing against economic inequality, party corruption, and corporate power’s influence in our democracy. Some of them rode their state reform successes to the White House—including Grover Cleveland, Teddy Roosevelt, Woodrow Wilson, and FDR. They brought with them to Washington their then-innovative practices, including legislative, party, and press leadership. Today, the nation’s strongest governors are far more likely to push back against presidential power. Ironically, it is the President they’d just as soon turn into a cipher.

No governor represents this shift in American politics better than Andrew Cuomo. It was Cuomo who most directly rejected President Donald Trump’s claim to “total power” as president. “Nope. I don’t know what the president is talking about frankly,” Cuomo said. “We have a Constitution. The Constitution is based on a balance of power. Remember: the states created the federal government, not the other way around. We don’t have a king. We have a president.” That was back in April, when the COVID-19 crisis in New York was at the peak of devastation, with nearly 1,000 people dying a day.

For students of the Progressive Era, the statement likely caused a bit of a whiplash. Indeed, it was New Jersey’s Woodrow Wilson who pledged when campaigning for the governorship in 1910, that he would be “an unconstitutional governor.” The Constitution seemed to be getting in the way of serving the people. Hence the popularity among progressives for direct primaries, referenda, recall power, and state initiatives, none of which were found in the Constitution. Governors from Wilson to “Fighting” Bob La Follette in Wisconsin, and Hiram Johnson in California, were in agreement on the need to build up executive power, as legislatures in the states and Congress had been corrupted by the power of utilities, railroads, and corporate monopolies. Damn the separation of powers. Power to the people, was the cry.

After Watergate, there was a sharp return to the ideal of a more restrained presidency. This led to a desire to return outsiders to the White House, and from Jimmy Carter to Barack Obama, former governors were in the White House for 28 out of 32 years. Obama, an outsider in his own right, with only two years as senator before his campaign for the presidency began, did not bring to a close the post-Watergate popularity of outsiders. When Donald Trump became president in 2016, however, Democrats, at least, began a more profound soul-searching over the nature of presidential power that had been rising since George W. Bush’s presidency.

It may be time to hail the new “New Federalism.”

Trump has proven to be a completely different variety of executive—one even more stridently imperial in his vision than Democrats perceived Nixon, Reagan, or Bush to be. Indeed, when the coronavirus crisis hit, governors of both parties began to assert state power in the face of Trump’s effort to command the attention and agenda related to the crisis. With the strength of his state’s constitutional power, and New York’s outsized media attention, Andrew Cuomo became something of a states’ rights advocate. It was an odd development to anyone who’d followed the last 50 years of Democratic Party politics. The threat of COVID-19 and President Trump’s vision of presidential prerogative helped invert a century’s old dynamic of federalism and party politics.

Ever a pragmatic politician—a kind assessment by his harshest critics’ lights—Cuomo, along with a number of other prominent governors, began to fill the leadership void by a president who has admittedly “played down the crisis.” Nevertheless, there was Cuomo, with his daily press conferences, commanding media attention on a subject the president just as soon hoped to forget. “It will soon go away,” the President insisted. Cuomo took the opposite tack, warning and informing New Yorkers—and by proxy—the nation, about the dangers of a virus that would not “go away” without serious commitment to social distancing, mask wearing, hand-washing, and a shut down of non-essential business activities.

Can Cuomo, and other successful governors “build down” the presidency today, as they once built it up?

While Andrew Cuomo’s record as a progressive has been mixed (he has historically been adverse to such labels, and his policy record places him in the middle of his party), his acceptance of scientific data, formidable communication skills, and calming demeanor made him a heroic figure to many in New York and the nation seeking reliable information. They were also seeking hope. Cuomo provided it daily with well-planned press conferences that mixed the hallmarks of progressivism: expert administration delivered with a variety of hope-filled stories from New Yorkers and other Americans. By July, he was at the height of his popularity in a third term when most governors begin to spiral downward, if they are lucky enough to get that far.

Andrew Cuomo’s connections to past progressive governors such as La Follette, Johnson, Roosevelt, and Wilson are less ideological than they are administrative. Cuomo believes in the virtue of government; he aspires to pragmatic leadership that is above party; and he has demonstrated a competency in crisis that progressives of another era always believed would come about through strong executive power. The difference today is that for all but his most ardent supporters, President Trump has made the idea of a presidency-centered republic a frightful one.

Can Cuomo, and other successful governors “build down” the presidency today, as they once built it up? That is unlikely to be part of his, or other governors’ political agenda, to be sure. But, given where we are, with new crises afire throughout the nation—both literal and figurative—perhaps the moment to reverse engineer progressivism’s obsession with presidential power is at hand. Years ago, Richard Nixon and Ronald Reagan called for a “new federalism,” delivering more power to the states. That form of federalism is not quite what Cuomo has in mind—we can’t countenance the president as a “cipher,” after all. Yet progressives, and indeed, Americans of any political stripe, seem to be far more pleased with the virtues and efforts of their state’s leaders, than at any other time. It may be time to hail the new “New Federalism.”

Saladin Ambar is Senior Scholar at the Center on the American Governor at the Eagleton Institute of Politics and associate professor of political science at Rutgers University-New Brunswick. He is the author of American Cicero: Mario Cuomo and the Defense of American Liberalism (Oxford University Press, 2017) and How Governors Built the Modern American Presidency (University of Pennsylvania Press, 2012). 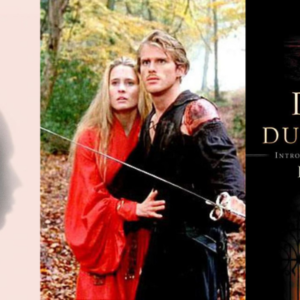 I’ve been listening to Samantha Crain’s latest record, A Small Death, a lot over the last couple weeks, and it’s...
© LitHub
Back to top