James Patterson remembers the time James Baldwin fought Norman Mailer • Sloane Crosley on writing a novel for people who haven’t figured it out yet • Who are the “real” writers anyway? • Heather O’Neill on writing and mothering • Madhushree Ghosh on hosting Diwali in her new home • Pushing the borders of nonfiction • Joseph Han on the militarized history behind a favorite food • How graphic novels convey a bygone New York • What would a modern-day Austen novel look like? • Tété-Michel’s apolitical travelogue could transform us all • What the Ancient Greeks thought they understood about blood • Reyna Grande on giving her kids the childhood she never had • All fiction is climate fiction now • Adam White on breaking (some of) the rules he gives his writing students • Turns out, summer vacations are a 19th-century invention of the rich • Philip Schultz on the creative juice behind unpleasant emotions • How jazz fueled a nationwide dance craze • Taylor Brobry on growing up gay in North Dakota • On the intimate history between skin and ink • How Bo Seo became a world-champion debater • Who were the first humans in Britain? • How Utica became a city for refugees • Edafe Okporo on life as a gay ex-priest in Nigeria • Read excerpts from Mary Churchill’s World War II diary • On the discovery of the first T. Rex fossil • “Writing a novel is such a big How—a Voltron, really, of many little Hows.” • On the early days of the Heterodoxy Women’s Club • Life as a paramedic in March 2020 • The final journals of Antigone Kefala, one of Australia’s most significant writers • Toward a definition of Indigenous futurism 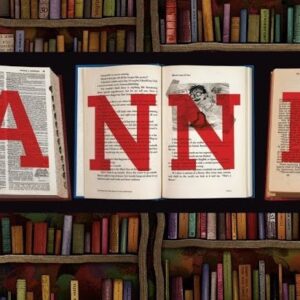 As we’ve noted over and over again, the hottest new book trend sweeping the country is to ban them and/or burn them if they...
© LitHub
Back to top