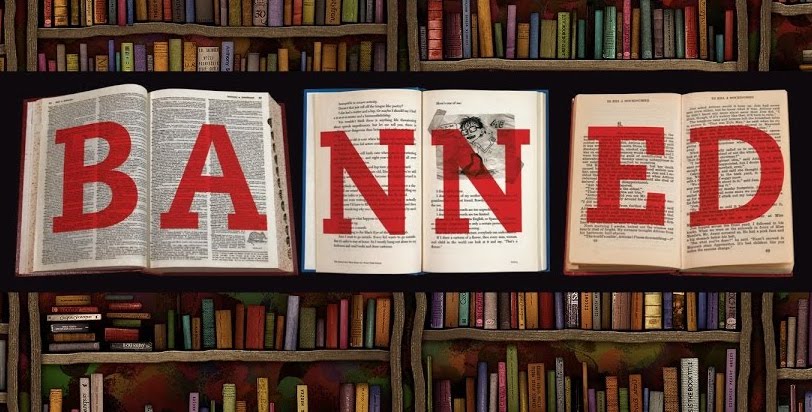 As we’ve noted over and over again, the hottest new book trend sweeping the country is to ban them and/or burn them if they don’t align with your weird, paleoconservative, theocratic prejudices. Not great! But as ever is the case with this strange nation, when one group of Americans starts doing something crazy and terrible, another group of Americans rises to the challenge with grace, wisdom, and courage.

Which is why I’ll be attending next month’s Banned Book Fair in Kingston, NY (where I live), which “seeks to make the public aware of frequent challenges to the First Amendment’s guarantees of freedom of speech and freedom of the press,” and is being presented in partnership by local bookstores (Rough Draft, yes!), libraries, and LGBTQ+ organizations.

I would love to see the July 2 event (10am to 3pm) become a model for similar events across the country; if the last three years has taught us anything, it is that if we are to salvage what passes for American democracy (and its egalitarian aspirations) from a theocratic minority, we’re going to have to do most of the work ourselves.

The inaugural Kingston Banned Book Fair is being held at the beautiful Old Dutch Church, so I’ll give Pastor Rob Sweeney the last word:

In our divided nation, books can build conversation and dialog between readers. Censorship, on the other hand, creates barriers. The Bible has been in the top ten list of banned books because it’s filled with sordid stories.