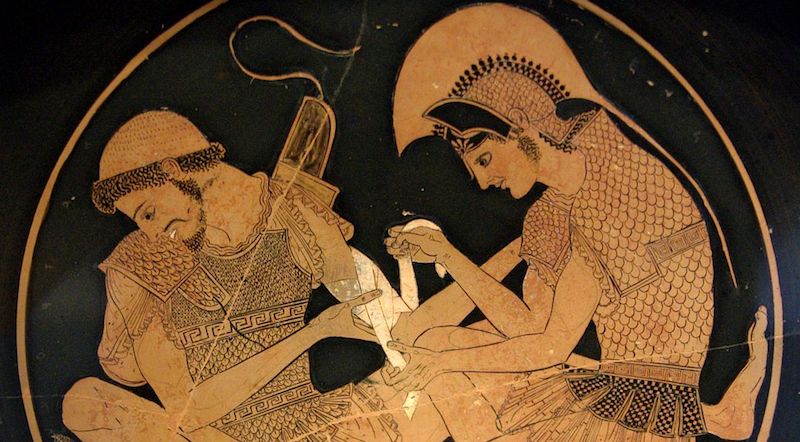 What the Ancient Greeks Thought They Understood About Blood

Dr. Dhun Sethna on Homer, Hippocrates, and the Vascular System

In the southeastern region of Italy called Calabria, which embraces the Gulf of Taranto, the lively port city of Kroton (now Crotone), c. the 5th century BCE, was on the go. Powerful currents had been running for some time in that part of Magna Grecia between Kroton and the Mediterranean, giving rise to an astonishing and wonderful melting pot. Legend has ascribed Kroton’s founding to an athlete named Myscellus who, commanded by the Delphic Oracle, arrived there around 720 BCE and established a colony adjoining the gulf.

In time, the city grew into a metropolis of fifty to eighty thousand people, a flourishing nucleus of trade and travel for entrepreneurial men of diverse cults and customs. Pythagoras, the mathematician who gave the world its well-known theorem, settled there and founded his mysterious “brotherhood.”

By the 5th century BCE, Kroton was the seat of a medical school and renowned for its doctors such as Democedes, who was personal physician to the Samian tyrant Polycratus and later to Persian King Darius and Queen Atossa at their palace at Susa. The Greek historian Herodotus had this to say about Kroton: “It was by the success of Democedes that the Krotoniats came to be reckoned such good doctors; those of Kroton the best and those of Cyrene the second in all Greece.” Cyrene was located on the Mediterranean coast of North Africa, near present-day Shahhat in Libya.

The first natural philosopher to propose that blood moves within the body was Alcmaeon of Kroton, a younger contemporary of Democedes. Homer had described an ebb and flow of the wine-dark sea on Aegean shores, and Alcmaeon imagined the blood’s motion to be similar—classicist-author Caroline Alexander points out that the evocative phrase “wine-dark” occurs only a few times in the entire Iliad, but it has stuck.

Alcmaeon speculated that a leisurely blood flow was set in one direction and then, after an interval, it streamed through the same channels in the opposite direction in endless repetition. With blood moving to and fro in the same vessels, Alcmaeon pioneered a “physiology” of blood flow that would dominate the West for two millennia.

For all its simplicity, the ebb-and-flow model was a positively astonishing idea. Nobody had thought of anything like that before. Still, evolutionary as it was, it was Alcmaeon’s personal conception. Like many later novel theories, it did not reflect what even the most educated people believed or understood at the time, and it had no immediate effect on how society at large thought about the world. But he was the first to dip into the great riddle of the living body and link the pattern and logic of the external world to the living world within.

With blood moving to and fro in the same vessels, Alcmaeon pioneered a “physiology” of blood flow that would dominate the West for two millennia.

The purpose of the blood’s motion was to maintain life and consciousness. Alcmaeon drew an analogy between awake and asleep and between alive and dead. He regarded the brain as the center of life and consciousness (another significant original thought for that time) and described sleep as a flow of blood away from the brain, with awakening caused by an opposite motion. Death resulted from a total and permanent drainage. Alcmaeon was also the first to argue that alterations in blood distribution could, under certain circumstances, cause physiological and pathological changes.

All that seemed logical enough because when Alcmaeon was dissecting animals, which he was among the first Greeks to practice, he observed that certain vessels, which we now know as the arteries, were virtually empty. This apparently confirmed that blood was permanently drained after death. At the same time, other vessels (which we call veins) were found engorged with blood. British scholar C. R. S. Harris has remarked that, based on this very slender observation, Alcmaeon may have been the first to distinguish between two kinds of vessels without knowing it, in which case he might as well be called the Father of Western Vascular Anatomy.

What Alcmaeon failed to appreciate was that the relatively bloodless vessels resulted from his savage technique of strangulating the creatures to death. Strangulation constricts the arteries which squeeze out their blood, but not the veins. The smallest arteries of the lungs, called arterioles, actually begin to constrict while the heart is still beating. By the time the animal has passed away, blood has piled backward from the lungs into the right-sided chambers of the heart as well as into all the veins so that they appear engorged at autopsy. In those who die from a collapse of the lungs and a simultaneous cessation of the heartbeat, as in drowning, all the vessels remain full of blood.

In fact, many of the differences among later Greek cardiovascular physiologies, whether the researcher believed vessels contained air or blood, or both, can be explained by the method they used to kill the animal they were dissecting: strangulation, exsanguination by bleeding, or drowning.

In fairness to Alcmaeon and his contemporaries, establishing the “facts” of anatomy through dissection must have been bewildering, given the thick tubes, thin tubes, hollow tubes, solid tubes, and the different kinds of flesh and fluids that faced the pioneers, the whole liable to be obscured by blood. Without existing road maps, the first anatomists could, at most, only record what they saw and make some guesses about what it all meant.

Nothing about who gave the earliest account in Western medicine of a system of blood vessels is known. The usual suspect is Syennesis, who lived somewhere in Cyprus sometime before 400 BCE. Nothing remains of his original text, and he would have remained unknown had Aristotle not come across a fragment mentioning an observation ascribed to him. The fragment is also referenced in a treatise titled De ossium natura (On the nature of bones) discovered on the Aegean Island of Cos in the library of the medical school of the Greek Father of Medicine, Hippocrates. It is a compilation of abstracts from ancient authors.

Syennesis described “veins” rising from the eyebrows (!) that proceeded down the body to terminate in the womb or penis. Somewhere along the way, the vessels crossed over to the opposite side of the body. Here is how Aristotle sums up Syennesis’s report:

Given that even a cursory glance at the abdomen does not show a crossover of vessels, one must assume that the crossing place, which he called the chiasma, must have been in the chest, “under the breast.” The crossing vessels seem to fit, as a first approximation, the vena cava and the aorta. The heart was not specifically identified, but later scholars have inferred that Syennesis was most likely referring to that organ as the chiasma. Plato famously described the heart as a “knot of veins.”

Perhaps the most influential vascular scheme in early Greek medicine comes from Diogenes of Apollonia (c. 435 BCE), who described vessels as conduits distributing a mysterious life-giving substance called “pneuma,” later called spiritus. Diogenes was raised in the maritime colony of Apollonia Pontica (originally Antheia, present-day Sozopol), which was founded by Greek emigrants who moved southward to Thrace along the western shore of the Black Sea.

But he lived most of his life at Athens, where he may have practiced as a physician. He was probably an older contemporary of Hippocrates and exercised considerable influence on some Hippocratic texts. He influenced Aristotle, too, who inserted a précis of Diogenes’s account in his own History of Animals, which is our principal source. It begins with the phrase “Blood vessels in man are as follows,” which is puzzling, since human dissection was not permitted until centuries later. Could he have witnessed a corpse subject to some fearful mishap or a gaping battle wound?

In a passage in the Iliad, Homer narrates that “Antilochos rushed Thoön and shore away the entire vein / which runs all the way up the back till it reaches the neck”; Antilochos was the first Greek warrior to kill a Trojan at the onset of that war. In his own scheme, Diogenes, too, described two great vessels that ran at the back on each side of the spine and proceeded under the collarbones up the neck to the brain, and down through the whole body to the legs.

From that pair, smaller branches ran to all body structures on their side. He called the great vessel on the left side splenitis, and it communicated with the spleen, the left kidney, and the left leg. The opposite one, which he called hepatitis, gave branches to the liver, the right kidney, and the right leg. A pair called spermatitis ran from the kidneys to the testicles or the womb according to the sex. Diogenes held the blood in the spermatitis to be hot and foamlike, reminiscent of the foam in the sea when the goddess Aphrodite was born, and so applied the term “aphrodisia” to the sexual act. The heart had not yet been identified as the center of the vascular system.

Veins were not distinguished from arteries. Both were conduits, called phlebes, that transported air as well as blood. A pair of them leading to the neck, liver, spleen, kidneys, and genitals were described so that, probably without knowing it, he was another early Greek to record the double system of veins and arteries. The word arteria was not used because, in his day, it meant the windpipe. Our word trachea for the windpipe is an abbreviation of the Greek arteria tracheia. It was much later that arteria came to mean the arteries. 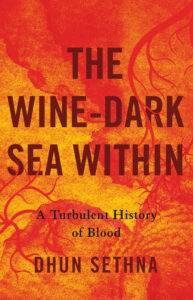 Excerpted from The Wine-Dark Sea Within: A Turbulent History of Blood by Dhun Sethna. Copyright © 2022. Available from Basic Books, an imprint of Hachette Book Group, Inc.

Dhun Sethna, MD is a clinical and academic cardiologist who has served on the senior academic staff at major medical centers including the Cleveland Clinic, Carilion Clinic, and Cedars Sinai Medical Center. He has contributed to Braunwald’s Heart Disease: A Textbook of Cardiovascular Medicine. He lives in Virginia. 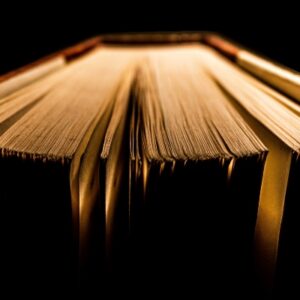