Why All Fiction is Climate Fiction Now

Nishant Batsha on When Art Intersects with Unavoidable Reality

Perhaps everyone can now lay claim to moments of frightful clarity, memories of when the climate crisis becomes terrifyingly close, when it ceased to be a series of global meteorological events and more a waking nightmare of daily life. There are two from recent memory that stick out for me.

The first: it is October 2017, and I am still living in the Bay Area. My wife is out of town on a business trip, leaving me and the cat in our quiet home. The night has been unusually warm and windy—weather that conjures only fear in California. I wake up at one in the morning with a sense of panic deep in some limbic part of my brain: something is on fire; the house smells like smoke.

I frantically search our one-bedroom apartment, but everything is fine. I poke my head out the door and the neighborhood is quiet, darkened. The next day, it begins to rain ash. The Tubbs Fire rages to the north, pushing smoke across California.

The second: it is November 2019, and we have decided to leave California for Buffalo, where my wife will take up a job at a local university. We have a child now who is five-months old, and the Bay Area is too expensive to live, and fire season too stressful to navigate. We go to my parents’ house to celebrate Diwali, and the weather again is warm and windy.

On Highway 24, we see a fire break out on a hillside. Traffic slows to a crawl to rubberneck the dreadful Diwali light. It is eerily close to my sister’s home. We call her: “Are you okay?” They are given a few minutes to leave, but ultimately, she and her family are fine—the firefighters established a perimeter around her house, saving the structure.

We are living in a time of climate collapse.

Perhaps it’s a slow accumulation of these events over years; perhaps it’s the inundation of headlines regarding the climate; perhaps it’s the feeling that the seasons themselves are being shifted: accelerated here, elongated there—regardless, the conclusion for me feels inescapable. The Anthropocene is a fundamental part of what it means to be human.

As a novelist, I’ve wondered what this conclusion means for my work. Does it mean that all my fiction has to be cli-fi? In a way, I know the answer is yes. And after writing my debut novel, Mother Ocean Father Nation, I feel like I’ve written a climate fiction book without realizing it.

These are the human environments of climate fiction: how does joy harden and encase itself when surrounded by misery?

My novel is set in 1985 and grapples with the fallout from a military coup in an unnamed South Pacific island nation. The story follows a brother and sister: one forced to stay behind, another forced to leave as a refugee to California. On its surface, the novel is about belonging, state power, migration, family, and identity—not necessarily anything to do with the climate.

But as I wrote the book, I found myself grappling with a question: what exactly is it that makes up the daily lived reality of collapse?

The climate collapse is not simply the destruction of the natural world and the processes couched therein, but also the human response inextricably meshed within that collapse. There’s the movement of people: single migration events, double migration, triple migration—moving from one place, then to another, then to still another, to find some semblance of home. It’s also the human capacity within these movements, the banal day-to-day life that one must live, even as everything falls apart. It’s the jobs that must be completed, the relationships that must be tended to, the day-in day-out of lives that trudge onwards.

My conclusion was simple: to write climate fiction is to write fiction that understands that the only constant is collapse.

But to live amidst disaster is not all suffering and pain. I wanted to ensure that my characters continued to desire—and find outlets for all that was pent-up within them. In moments of great crisis, rather than ceasing to exist, desires can begin to take an outsize role, coming to almost define the totality of someone’s internal—and external life.

In Mother Ocean Father Nation, Jaipal is a bisexual man used to finding gratification in the island’s resort hotels with foreigners: quick, easy encounters with men and women who don’t stay for long. But when the coup scares off all the tourists and the hotels begin to shut down, he is forced to contend with the depths of his own loneliness, even as he becomes the primary provider for his mother and father. He finds an outlet in an old friend, but also in communities driven underground, hidden places where he can explore the contours of his sexuality—places that comingle joy with the terror of something terrible happening to them all.

These are the human environments of climate fiction: how does joy harden and encase itself when surrounded by misery? How can loneliness find a release? How does one continue the process of personal growth when forced to contend with circumstances unplanned and unpredictable?

If Jaipal must figure out answers to these question inside a country falling apart, it is Bhumi who must contend with them in exile. The academic standout of the family, she is forced to leave the country—and her studies—behind when a friendship with the daughter of a government official becomes a liability. Stuck in California, she’s in limbo. Without papers, she cannot continue her studies officially.

Her questions (Who am I? What defines me? What do I want out of this brief, haggard life?) are those existential questions which perhaps come to fore in any moment of crisis. Over the past few years, every day has brought a tremendous amount of anxiety for us all, sometimes through death and illness, but other times through the barrage of day-to-day inconsistencies: childcare shutdowns, school closures, the absence of work—the list goes on and on. And yet, even among all this suffering (or perhaps even because of this suffering), there remains the inconstant pain of growth, of trying to differentiate between the essential and frivolous, of attempting to distill the self into something truer.

The news is an infinite scroll of anxiety. Outside the window is the warmth of another out-of-season day. Getting through the day means ignoring the dread, putting aside the feeling that everything is simply a portent of what’s to come.

We are living in a time of collapse, and the writing of human beings caught in fire and food and in between political upheaval and daily life is the task I’ve set forth for myself. But what is written is not simply the recounting of miseries—even as things crumble, we’re caught inside the matrix of our own feeling. Perhaps, then, my climate fiction finds the stories that settle and grow from the dust of it all, the lives that somehow continue on, even when it seems like nothing can go another day. 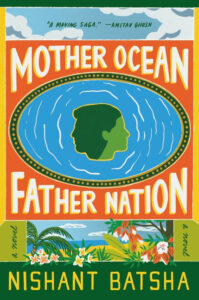 Nishant Batsha is a writer of fiction and history. A Paul and Daisy Soros Fellow, he received his doctorate in history from Columbia University.

Reyna Grande on Giving Her Kids the Childhood She Never Had 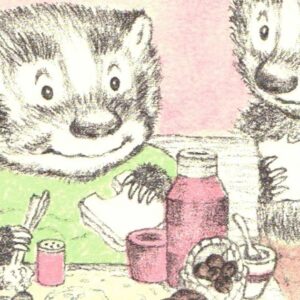 My wife and I began reading to our son, Raffi, at what felt like a ridiculously early age, when he first started to be able...
© LitHub
Back to top
Loading Comments...