TODAY: In 1891, Kate Roberts was one of the foremost Welsh-language authors of the 20th century, is born.

Mira Ptacin on the ambitions of Victoria Woodhull, the first woman to run for president • Lisa Zeidner on the ménage a trois of every reading experience • David Duchovny starts writing at 4:30 am, and other ways he puts us to shame • Urvi Kumbhat reflects on the mango in diasporic literature • Lara Vergnaud on what she gained by translating Yamen Manai’s The Ardent Swarm • Amelia Pang on the SOS letters smuggled out of forced-labor camps in China • Alex Dimitrov’s poem, “New York” • Joyce Carol Oates wants you to write your heart out • A brief history of metaphor in Persian poetry • How Rebecca Sacks tracks multiple character perspectives • Lucie Elvin reflects on the boundaries of care during COVID-19 • Richard Thompson Ford on the time a top hat scandalized London • George Perec’s ode to Ellis Island • Janna A. Zinzi on the dual role of writer-activists • Nell Frizzell chronicles The Panic Years of a woman’s life • Christine Leigh Heyrman on doomed romances of the 19th century • How America has always advertised the next golden age of computers • A reading list for taking kink seriously • Gene Luen Yang on the adventures of Sun Wukong, the Monkey King • Robbie Arnott on the Australian megafires, which killed or displaced around 3 billion animals • Diana Rose Newby on why Middlemarch is a contagion narrative • How cleaning toilets helped Kate Russo write her novel • Maël Renouard: when Google becomes your memory • Neil Gaiman remembers the inimitable Kathy Acker • What if the best way to understand the story of American police brutality is from the inside? • Unmasking the hackers who breached Google • Simon Han on shortcuts to identity in Asian American storytelling

Meet the indie bookstore owner behind National Black Literacy Day • Outlander, Lonesome Dove, Calvin and Hobbes, and more rapid-fire book recs from Ariel Lawhon • Searing, sobering, and cynical: a look back at the first reviews of J.M. Coetzee’s Disgrace • The Lover, Don Quixote, Lord of the Flies, and more rapid-fire book recs from Quan Barry, author of We Ride Upon Sticks (out now in paperback!) • Heather Cleary’s Valentine’s Day love letter to her favorite animals in translated fiction • Behold: the best reviewed books of the week

Nick Kolakowski gives a close reading of the ending of Hannibal • My First Thriller: Walter Mosley remembers the origins of Devil in a Blue Dress • CJ Tudor on folk horror and historical crimes • Allison Epstein rounds up the secret criminals of classic literature • Ben McPherson considers the meaning of writing in the aftermath of tragedy • Suzanne Redfearn with six tales of women on the run • Katie Lowe tracks the rise of the digital gothic • Olivia Rutigliano recommends a bunch of charming mystery shows in which cool women solve baffling crimes • Sonia Faleiro on the many missing children of Uttar Pradesh • It’s time to revisit the magic of Moonlighting

From Insurrection to Inauguration: Photos From the Capitol 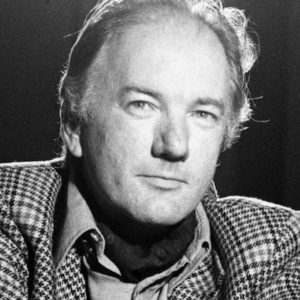 “I have all my life been far from being an admirer,” wrote Thomas Bernhard in his novel Old Masters: A Comedy. “Nothing...
© LitHub
Back to top