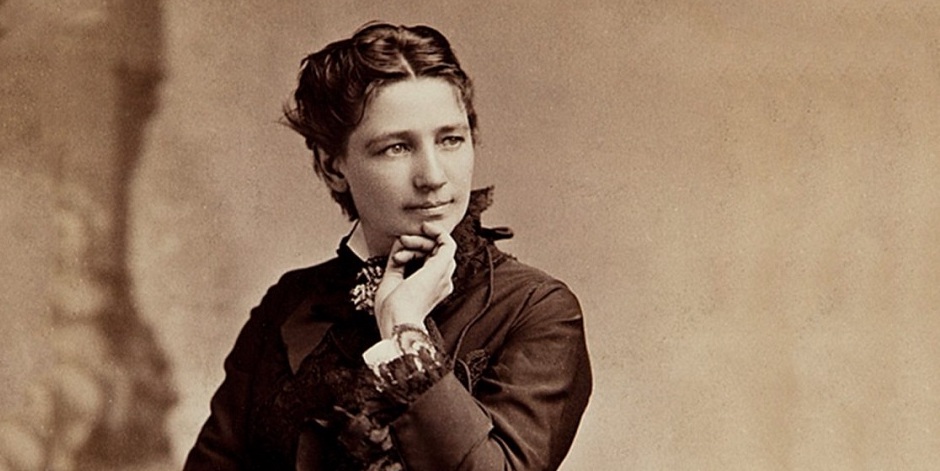 The Woman Who Ran for President Before Women
Could Vote

Mira Ptacin on the Ambitions of Victoria Woodhull

Born Victoria Claflin Woodhull on September 23, 1838, in the rural frontier town of Homer, Ohio, Victoria Woodhull was the seventh of ten children in a town with a population of 400. Her father was a schemer, a swindler, a snake oil salesman, so the family moved often to avoid him getting caught and slammed with criminal charges. The young Victoria was often shoeless and free range, running wild unattended; her neighbors described her as scrubby, dirty but smart as a whip.

Despite her chaotic upbringing and despite surviving physical abuse from her father, Victoria became prolific in taking care of herself and also learned how to tell the fortunes of people, maintaining that she and her sister Tennessee were protected and guided by spirits. Victoria became so good at mediumship (talking to the dead) that by age ten, she was the highest earner of her family, supporting them with her wages at a time in the life of America when women were expected to be homemakers, when the idea of a woman working outside the home was preposterous, and the thought of a woman speaking in public, based on her intuition, was unprecedented.

In 1853, two months past her 15th birthday, Victoria was married off to a Dr. Canning Woodhull, a man whom her family had consulted a year prior, who practiced medicine during a time in Ohio’s history when the state did not require a medical license nor formal medical education. According to some accounts, Canning abducted Victoria to marry him. Shortly after the marriage, it became clear to Victoria that her husband was also an alcoholic who did not take monogamy seriously. The two produced two children, Byron and Zula. During both of her childbirths, Victoria nearly bled to death. While parenting, she again worked outside the home to support her family as her husband continued chase other women and fritter away money on alcohol. When he was home, he was abusive.

She pointed out—correctly—that the Constitution never explicitly uses the words “men” or “male,” but rather the gender-neutral “citizens,” when addressing the right to vote.

At the time, women were denied freedom in public life as well as private. Even in an unbearable marriage like Victoria’s, a woman was stigmatized for divorcing her husband; on the rare occasion that she did, child custody defaulted to the husband. Women weren’t even allowed to go to a restaurant unless they were accompanied by a man. If a woman worked, her earned wages were given directly to her spouse. If women disagreed with all of these restrictions, their voice didn’t count: Women weren’t allowed to vote. It would have been considered absolutely absurd, not to say unthinkable, that a woman might try to change these rules from the top—meaning, to run for president.

Woodhull would eventually do that. But first, she would divorce her husband and become a major advocate for the free love movement, which, among other things, believed that the choice to have sex or not was, in every case, the woman’s choice.

In 1866, having shed all of her husband except his last name, Woodhull met another person who believed in the free-love doctrine: a Colonel James Harvey Blood. The two joined forces and married. In 1868 they settled in New York City, where Victoria linked up with her sister Tennessee to reconnect, pool their resources, and open a salon where they continued to practice their mediumship and rub elbows with some of New York’s brightest radicals and free thinkers. Victoria was now part of the Spiritualist movement, a recently formed, women-led religion that believed in self-direction, equal rights for people of all sexes and skin colors, the value of intuition, and the ability to communicate with the great beyond. where It was through her conversations in her salon where Victoria met the wealthy railroad business magnate Cornelius Vanderbilt, who offered to bankroll the sisters to start their own brokerage firm. Soon, Woodhull, Claflin, and Company was established, making Victoria and her sister the first women to work on Wall Street.

As financial advisors, the two sisters drew on one underrepresented clientele: females, with a back room reserved for women with an inheritance and expendable income. Their firm created a safe space for women with their own money. Using her wits, smarts, and intuition, Victoria continued to consult other wealthy clients on the New York Stock Exchange. On one occasion, Victoria advised Vanderbilt to sell his shares short for 150 cents per stock. When he did as told, the two earned millions—and this was in the late 1800s. Despite the sisters’ success, and perhaps threatened by their subversion of gender norms, other (male) brokers scoffed at Victoria and Tennessee as if they were a just novelty—two girls playing with Monopoly money. The media portrayed them as a circus sideshow, labeling them “The Bewitching Brokers,” “Queens of Finance, and Victoria as “Mrs. Satan.” The Days’ Doings, a men’s journal of the time, published sexually graphic cartoons of the sisters running their firm. Rarely did anyone mention that their firm was a phenomenal success. Nevertheless, the women continued to evolve, moving on to push for their next project: the first woman-owned, women-led newspaper.

In 1870, the same year the Fifteenth Amendment enfranchised black men, they created the New York publication Woodhull and Claflin Weekly. In addition to holding its status as the first newspaper founded and run by women, the paper printed content that was considered extremely radical for its time, siding with abolitionists, labor unions, and the suffrage movement. It promoted vegetarianism, sexual education, licensed prostitution, and constitutional equality. It was the first newspaper to publish Karl Marx’s Communist Manifesto in its entirety. With a national circulation of 20,000—high for its time—it was yet another success in Victoria Woodhull’s campaign for equal human rights. As her popularity continued to grow, she dug in her heels in more all-male arenas, next moving into the political field. On April 2, less than two months after founding the newspaper, Woodhull wrote a letter to the editor of the New York Herald, announcing candidacy for president of the United States.

In the lead-up to the campaign, Woodhull spoke out publicly and relentlessly against men’s domination of government; she proposed developing a new constitution altogether. In 1871, she testified in front of the judiciary committee in the National Joint Houses of Congress on the topic of women’s suffrage, making her the first woman to petition Congress in person. She pointed out—correctly—that the Constitution never explicitly uses the words “men” or “male,” but rather the gender-neutral “citizens,” when addressing the right to vote. And while Congress did not see it that way at the time, she continued to gain support from progressives, including suffrage leaders like Susan B. Anthony, Isabella Beecher Hooker, and Elizabeth Cady Stanton.

As ballots were counted, Victoria and her sister sat locked up inside the Ludlow Street Jail.

Woodhull ran under the Equal Rights Party (which she founded) and nominated Frederick Douglass as her running mate, a nomination to which he never responded. The deliberate and provocative Woodhull was up against incumbent and fellow Ohioan Ulysses Grant for the Republican Party and Horace Greeley for the Liberal Republicans. The Democrats were so motivated to defeat Grant that rather than nominate Democrats, they pushed all their support to Greeley. While it would be nearly 50 years before women would have the right to vote, Woodhull’s campaign challenged society’s dread of the empowerment of women and African Americans by proposing that they were treated as fairly and given the same opportunities as the white men who stood in their way.

On November 2, 1872, the sisters put their power into words: Woodhull ran a detailed and accurate account of the prominent Protestant and Brooklyn minister Reverend Henry Ward Beecher, the brother of Harriet Beecher Stowe and a critic of Woodhull’s progressive views, exposing that he had committed adultery within his congregation with Elizabeth Tilton, a female parishioner. The issue completely sold out. In an attempt to discredit Woodhull, Beecher rallied for aid and found backing from Anthony Comstock, the vice commissioner of the Young Men’s Christian Association, who was at the time the self-appointed moral defender of the nation (he declared his quest as “ridding society of obscene material”).

Comstock considered Woodhull’s exposure of the Reverend’s infidelity crude and indecent, in spite of the fact that her writing highlighted the hypocrisy of a sexual double standard between men and women rather than the physicality of the affair. The same day the paper ran, and just a few days before the presidential election, federal marshalls arrested the Woodhull sisters and Colonel Blood on charges of obscenity.

On election day, Victoria did not receive any votes. As ballots were counted that day, Victoria and her sister sat locked up inside the Ludlow Street Jail, an institute mainly filled with people serving time for murder, assault, theft, and drunkenness, and remained behind bars for the next month. Six months later, Victoria, her husband and her sister were acquitted on a technicality, but they paid nearly $500,000 in bail and fines before being cleared of the charges. Three years after that, Elizabeth Tilton’s husband took Reverend Henry Beecher to court on charges of adultery, suing him for “alienation of affection.” The trial, which had become a national sensation, ended with a hung jury.

Within a couple of years, deep in debt from her defense bills, bail, fees, and subsequent second divorce from Colonel Blood—her choice—Woodhull’s paper folded and, with $1,000 from Cornelius Vanderbilt, Victoria and her sister moved to Great Britain. There, Victoria and her daughter Zulu launched the magazine The Humanitarian, and she continued to lecture publicly about her progressive ideals. Woodhull died in 1927 at the age of 88, having lived long enough to see women finally succeed in gaining suffrage.

Mira Ptacin is the author of the award-winning abortion memoir Poor Your Soul as well as the feminist history The In-Betweens: The Spiritualists, Mediums, and Legends of Camp Etna. She teaches at Colby College as well as the Maine Correction Center, and lives on Peaks Island, Maine.
http://www.miraMptacin.com 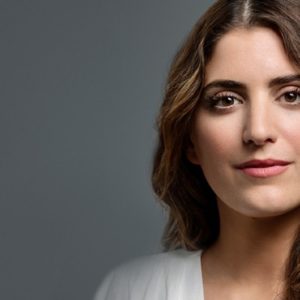