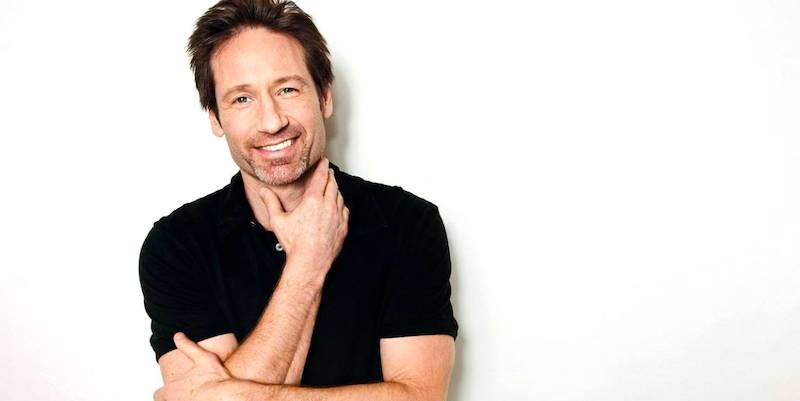 David Duchovny: I Tackle Writer’s Block From Behind

A Conversation with the Author of Truly Like Lightning

David Duchovny is the author of four books, including Holy Cow: A Modern-Day Dairy Tale and Miss Subways; his new novel is Truly Like Lightning. He is a singer-songwriter, screenwriter, and director, as well as a television, stage, and screen actor, most known for playing FBI agent Fox Mulder on the television series The X-Files, which earned him a Golden Globe award. He lives in New York and Los Angeles.

Literary Hub: Who do you most wish would read your book? (your boss, your childhood bully, Michelle Obama, etc.)

David Duchovny: I wish my father could read my books. He died before I published my first novel, and he himself published his first novel at the age of 73. He loved writing and respected writers most of all so I think we could sit and just be proud of each other, that we had joined the club. I think we’d search for tics of style that we shared, almost like literary DNA, that were somehow passed down from him to me, like eye color or height. I remember he critiqued a book report of mine back in fifth grade. I thought I’d written a masterpiece and he didn’t. I got so angry, but I think I felt ashamed that I had failed in the arena my dad most cared about. I like to think I’d accept his critiques with a little more equanimity now. Truth is—I would love to get any word from him now, any word at all. But I like to think he’d be proud, that he’d rub me on the top of my head and say, “well done.” And most of all, that he’d want to talk about it and that I made him laugh and cry and think.

DD: I write from 4:30am to 8:30am; if it’s going well, I’ll keep going, but rarely past noon. When I’m in the middle of a book, I often wake up earlier and will start writing in the wee wee hours because my mind won’t let me go back to sleep. I like to write in the dark when the world is quiet and still asleep. I like to think I’m getting a jump on everyone else, that maybe I’m the only one in the world writing right now. It appeals to the Protestant work ethic my mother raised me in. I write fast and I write hard. After lunch, I’m pretty worthless. It’s like with the daylight hours, the magic time is gone. I revise at night. Writing and revision are different moods, different parts of the brain, different times of day.

DD: I tackle writer’s block from behind.

DD: First book I ever loved was The Open Man: A Championship Diary by David DeBusschere—I loved the Knicks, I loved basketball, I loved DeBusschere. Nuff said. 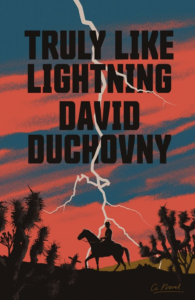 Truly Like Lightning by David Duchovny is available now via Farrar, Straus and Giroux. 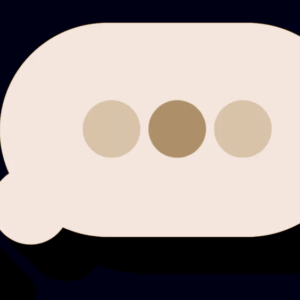 I’ve been thinking a lot, lately, about the example of Ciaran Carson, the Irish poet born in 1948, who wrote (like the rest...
© LitHub
Back to top
Loading Comments...