Maël Renouard Explores the Relationship Between
Memory and Technology

One day, as I was daydreaming on the boulevard Beaumarchais, I had the idea—it came and went in a flash, almost in spite of myself—of Googling to find out what I’d been up to and where I’d been two evenings before, at five o’clock, since I couldn’t remember on my own. This must have been in November or December 2008; I remember the intersection near the Cirque d’Hiver where I was standing, about to cross the street, the light of that cold, gray after- noon, and the spark that shot through my mind.

It wasn’t simply a matter of retrieving the information as from some mysterious guardian angel, snitch, or record keeper, the way a citizen of East Germany could have consulted his file at the secret police archives, an odd enough thought. The moment of which I’m speaking offered something else: a vision of the present instant already transformed into its digital image, slowed down, blurred, wobbly, like a video on YouTube.

Images like that were no longer imperfect traces of past moments, miraculously captured. Instead the world had embodied the mode of being of those kinds of images, and I could see it quietly uniting with an infinite stock of videos from which we would later be able to extract the image of every past instant. We can already do this with recorded images, but my daydream was that the distinction between recorded and unrecorded moments had vanished. No technology was required for the world to preserve itself in its entirety. In that instant of disarray, I had fleetingly perceived this transition toward a new mode of being—this becoming-image-memory, so to speak—and web portals had become simply the wells from which we could draw a few of the innumerable images in which the entirety of the world’s past could be retrieved. Technology no longer served to record: it gave access to Being’s own recording of itself.

Claude Lévi-Strauss says somewhere that even two or three minutes of film recorded by a camera placed in the streets of Pericles’s Athens would be enough to overturn our entire historiography of antiquity.

According to my dream, a person could, with a little patience, locate in the recesses of YouTube those three minutes of sun, dust, palaver, Logos so thick you could cut it with a knife.

“A great video = a glimpse into the past,” someone once noted in the comments to a YouTube excerpt from The Threepenny Opera, probably the film version directed by G.W. Pabst in 1931. This was some years ago, in 2008 or 2009; would it be possible to retrieve the comment today? The excerpt must have been “Die Moritat von Mackie Messer,” a piece I was listening to then—and watching—in every available performance. I remember one of my favorites was a Czech-language version dating back to the 1950s or 1960s.

In 1956, Edgar Morin wrote in The Cinema, or The Imaginary Man: “Numerous science fiction stories have as their subject the cinematographic recovery of time, to the point of recapturing an incorruptible fragment of the past. Élie Faure develops an analogous vision when he imagines the inhabitants of a distant planet, living at the time of the crucifixion of Jesus, sending us by missile a film that would make us actual witnesses.”

Technology no longer served to record: it gave access to Being’s own recording of itself.

There is an old daydream that locates the storeroom of the past in distant space. Canto 34 of Orlando Furioso describes the moon as the locus of time regained. All things that have vanished from the Earth are gathered there—lovers’ tears and sighs, time spent idly gambling, unfinished projects, unquenched desires, the glory of past kings and of empires stricken from the map. A rich daydream that has since been revived by science fiction: the touching thing about Close Encounters of the Third Kind is the idea that the aviators who vanish from the Bermuda Triangle have gone elsewhere, under the care of angelic aliens whose barely glimpsed profiles essentially rep- resent a victory over time. As if the loss of those dear to us was never absolute—as if they might be kept somewhere in reserve, waiting for and awaited by us, as if this disappearance was the price to pay for a salvation that makes final reunions always possible.

Where is the past? Henri Bergson dismisses this question at the same time he poses it, by saying that the past is, precisely, not stored anywhere but rather persists in itself, entire, in its own mode of being, in a virtual state. The past is “pure memory,” which we cannot access as such; for the work of memory is always, according to Bergson, a reactualization of this virtual past through images (on this point, Gilles Deleuze will attempt to go beyond Bergson, by positing a direct perception of the virtual). In my boulevard Beaumarchais daydream, it seemed to me that the world—in relation to its infinite past—had become capable of doing what each consciousness can do in relation to its subjective life: delve into the past to retrieve images. In this world consciousness, YouTube videos had become the image-memories that reactualize the virtual past which has slipped from our grasp, a virtual past which has ceased to be present, but has not ceased to be.

Georges Charpak had an intuition that comes very close to my dream of a self-recording, retrospectively accessible Being when he wondered if it might be possible to retrieve sounds and voices from the past, unintentionally recorded on artifacts whose making involved tracing grooves: like vinyl records before their time. He was thinking of pottery in particular. He walked the halls of the Louvre in search of Greek or Mesopotamian objects that might lend themselves to such a study, though in the end he gave up on it. The chance of success, he figured, was too slim to justify the funds it would require.

Candidates for the École Normale Supérieure, khâgneux, were traditionally expected to accumulate an immense amount of knowl-edge. As a diversion, they would invent exam questions that were altogether unfathomable and eccentric:

Where is the past? Henri Bergson dismisses this question at the same time he poses it, by saying that the past is, precisely, not stored anywhere but rather persists in itself, entire, in its own mode of being, in a virtual state.

The internet is an infallible intellect, its knowledge no longer a ridiculous extract from the infinite space of past events, and now if you type “Who extinguished what?” into Google, you will find the answer: it appears on the website of the Académie Française, in Marcel Achard’s speech welcoming Thierry Maulnier, where he invokes a passage from Robert Brasillach’s memoirs recounting that Maulnier was famous at the Lycée Louis-le-Grand for being able to reply to baroque questions like that. He could even tell you what happened next.

From simple riddles to the divinatory power the Greeks attributed to enigmas is not so large a step. The automatic production of results, even for questions that strictly preclude an answer, yields oblique paths, in the manner of the old oracles.

The ancients sought to read the future in the figures formed by stones or die cast upon the ground. For some people, to throw a few words into Google has become a new form of divination—googlemancy.

A., unacquainted with Lenin’s work, one day Googled: “What is to be done?” The answer came up right away: revolution.

One evening, P. told me a story from 2007 or 2008, when the craze for Facebook was quickly spreading. As a teenager, he had secretly been in love with M. de L., a girl he met one summer at a sailing club on coast of the Vendée, only to lose sight of her when the vacation was over. She was from Versailles; he was from a large town in the provinces. For a few months, he was haunted by her memory, but by the time he finished lycée and moved to Paris, the torment was long forgotten.

One day, fifteen years after that summer in the Vendée, he found M. among the Facebook “friends” of one of his own friends in Paris, T., whom he had met much later and only after various coincidences and sheer luck had carried him infinitely far from his life as a teenager. He realized that this friend—whom he had also sailed with when they were about twenty-five, before Facebook existed—had to be the boy M. had mentioned going catamaraning with in Corsica earlier in the summer of 1993 when he had met her. T. was from Corsica. The ages matched. P.’s memory could no longer firmly establish whether T. was the name M. had mentioned to him, but he persuaded himself it was. There was no doubting it. In any case, he was careful not to risk proving it false by being too curious. Since his love had entirely faded, P. let things be; he did nothing. He was pleased, though, to experience a new kind of dramatic device that hadn’t yet figured in any plot—a recognition scene unaccounted for in Aristotle’s Poetics. He felt he was at the heart of a story the possibility of which had arisen at the very moment the story began.

The sensation was all the more striking in that he saw himself as a character in a story, and at the same time he had the impression of finding, within his own being, the standpoint of an omniscient narrator playfully interweaving the strands of several lives. One of the charms of Proust’s In Search of Lost Time lies in this sort of connection—revealed on the plane of time regained—between people who at first glance seem to belong to completely divergent walks of life. On the internet, P. found in his own existence an unexpected approximation to Proust’s time regained, that restoration all our lives contain in part, though it always remains notional, since in Proust it only takes place thanks to two unique circumstances: the unrealistic knowledge of the thoughts and destinies of others that his narrator possesses (he is, precisely, both a character and an omniscient narrator), and the peculiar limits of the aristocratic world, whose members, with more or less insincerity, are always exclaiming, “What a small world it is!”—and so it is, because they keep running into their cousins. The expression “it’s a small world” is telling enough, but it is of limited application when it comes to the internet. Just because you can explore a vast world doesn’t mean that it’s small. On the contrary, exploration is what allows this infinity to define and unfurl itself. Leibniz hits the mark here: the more connections a world contains, the more infinite it is. 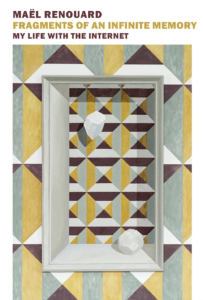 From Fragments of an Infinite Memory: My Life with the Internet by Maël Renouard, with a translation from the French by Peter Behrman de Sinety. Used with the permission of New York Review of Books. Copyright © 2021 by AUTHOR.

Maël Renouard is a novelist, essayist, and translator. He has taught philosophy at the Sorbonne and the École Normale Supérieure on the rue d'Ulm, of which he is a graduate. His novella La Réforme de l'opéra de Pékin (The Reform of the Peking Opera) received the Prix Décembre in 2013, and his novel L'Historiographe du royaume (The Historiographer of the Kingdom) was named a finalist for the 2020 Prix Goncourt. 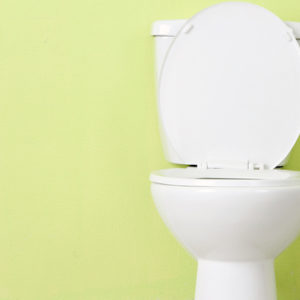 Cleaning a toilet doesn’t take much brain power. As a matter of fact, I’d advise the smallest amount of brain power you can put into...
© LitHub
Back to top
Loading Comments...