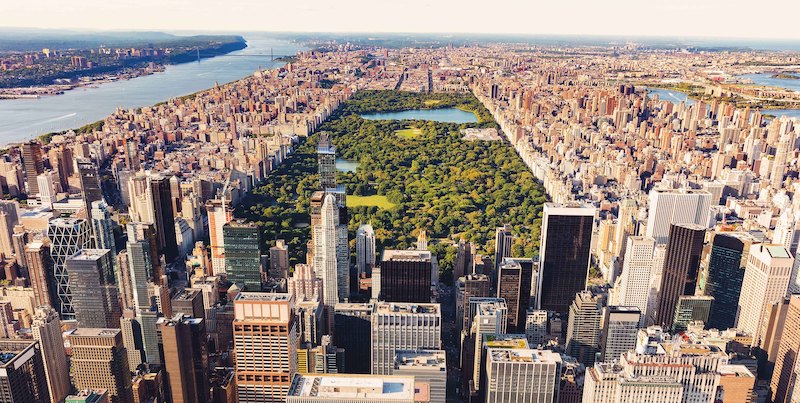 A Poem by Alex Dimitrov, For Those Who Miss the Pre-Pandemic Life of Cities

New York is the best city to cry in.

I’ve cried on the corner of Spring and Greene
smoking one cigarette after another,
taking two-hour lunch breaks in 2006
at my first internship at Interview magazine.

I cried in Washington Square Park the other night
thinking about healthcare
and how I quit my job to write poetry,
and how even a job in poetry
prevents you from writing it.

I’ve cried so many times
in front of the fountain at Lincoln Center,
then watched the cars drive by on Columbus
without reason to cry
and I’ve cried even more then.

The one year I lived on St. Marks Place
I was in grad school and cried at Cafe Orlin
with one drink for a million hours
until I’d write a poem and immediately
send it to the New Yorker
feeling entirely justified
because why wouldn’t they want it.
It was terrible. All of it.
But I miss those days most.

The 6 train is my favorite train to cry on.

It’s always late
and full of other people’s fathers.
No one really looks at you
because they’re so glad
they’re not you,
and of course because they know
that being anyone is a tragedy
like the MTA itself.

There’s something productive
about crying in New York.
It’s almost like crying alone in your apartment
but you can cruise strangers
and run errands at the same time.

Once I was so exhausted
I started crying in the middle of a drink
with my friend Rachel
at the Beagle (which is closed now)
but I was telling her how people
always ask poets to do things for free
as if we don’t have to pay rent
or attend to our loneliness.

I’ve also cried when I was happy
in a cab on the FDR
listening to Patti Smith
the day my first book got taken.
And again that night
when my parents asked
how much money I’d make
and what I would do next,
you know, after this poetry thing.

It turns out that next
there’s more crying.
In so many gay bars
I’m going to list them:
Boiler Room, Eastern Bloc,
Nowhere, Metropolitan
and I could go on but this poem
isn’t about gay crying,
just crying in general.

That reminds me how I used to cry
in Ray’s Pizza (also on St. Marks Place)
and how one time a guy asked
if I had cocaine and if we could
“go somewhere more chill” to do it.

I was so confused I pretended
to stop crying and said, “No.
Can’t you fucking see that I’m crying.”

Then I went to Cooper Union across the street
and continued crying there but less convincingly.

Believe it or not,
I’ve never cried in a man’s apartment.
A man I was sleeping with or about to.
They’ve all thought I was too detached
and should cry more. They’ve all been
emotionally bankrupt, to say the least.
Especially the lawyers.

Clearly none of them could picture me
crying in front of the Bowery Hotel
when I lost my wallet,
the same day I had three poems rejected
and went on an awful date,
the kind that makes you wonder
if you should stop talking to people
and just max out your credit card
at Opening Ceremony.

I’ve also cried in the Sunshine on Houston
(all of its theaters and the lobby)
and each time I remember
how someone once told me
it was a bathhouse, which is delightful
and makes me feel incredibly safe.

(The Sunshine is also closed now
by the way, like Opening Ceremony.
And that’s what happens in New York
when you finally find a good spot to cry in.
It’s more or less gone in a flash.)

Of course there’ve been times
when I wanted to cry and couldn’t.
Moving. Waiting for test results.
Finding out someone I used to date
is now married (to a dancer
with a nice face and no talent;
good luck with that, babe!).

I don’t think I should
count the times I’ve cried at home.
Who could anyway?
I’ve only had three apartments:
St. Marks Place, Houston and Allen,
and 75th and 1st Avenue.

I got that last one
being lucky one night on the A train,
when I ran into a guy
who was on the same call sheet
for a photo shoot we once did for Out magazine.

He told me he had a friend who had a friend
who wanted to pass the apartment down to a gay friend
because the rent was good and in a nice area.

And I still live there—still gay—
the last time I cried being two hours ago.

Especially the red brick surrounding the church
where on many weekends in summer
vendors set up their stands
and sell mostly odd things.

A woman almost sold me a crucifix there
in 2010 but I couldn’t afford it
so we talked about past lives and Stevie Nicks,
and how Tusk is most certainly better than Rumours.

By the end of our talk she just gave it to me.
She was a painter and had great energy
and I’m sorry, I know this is not LA
but that word just does something for me.

It might be like counting
the wars America’s been in
if I had to tell you
all the restaurants I’ve cried in.
Most of them are in the East Village
but I do love throwing a tantrum on the west side
where people are slightly more scandalized
because they’re maybe a million dollars richer.
I have no idea. I have $574
in my bank account right now.

I’ve also cried in front of delivery people
and I never feel bad
because there’s so many reasons to cry here
I know that they get it.

Besides, I tip 30%
(sometimes 35 if I’m feeling emotional),
and I’d like to take the time now
to remind people to tip well.
It says everything about you,
especially on a date.

Naturally, when I see someone crying in New York
it’s like an invitation.
Like I should get to work and join them,
like we’re about to do something
important together.

I do feel lucky I live here
since growing up I wasn’t allowed to cry,
and if I have kids I’ll definitely tell them
how useful it is
and how it costs only nothing.

You’re free to cry all the time!
Please cry, everybody!
Please use your freedom!

Until one day you realize you’re not free at all.
You never were to begin with.
You’re just another person crying on 10th Street. 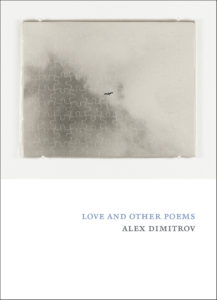 Alex Dimitrov is the author of Together and by Ourselves, Begging for It, and the online chapbook American Boys. With Dorothea Lasky, he is the co-author of Astro Poets: Your Guides to the Zodiac. He lives in New York City.
Share:

What Should Joe Biden Do About Policing? 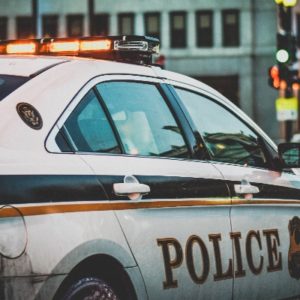 What Should Joe Biden Do About Policing? The coronavirus pandemic is dramatically disrupting not only our daily lives but society itself. This show features conversations...
© LitHub
Back to top
Loading Comments...