Nuclear War: What’s in it for You? and 76 other wild book titles • Nora Caplan-Bricker considers the twisted dream of home ownership in Tana French’s novels • Edward St. Aubyn in conversation with Merlin Sheldrake • Brenda Peynado makes a case for fabulism as the new sincerity • Jen Silverman on learning to make a scene • How to write a joint memoir without getting divorced • A bet between two astronauts to see who gets to space first • Dr. Robert Pearl on racial bias and inequity in healthcare • Alex McElory on trans self-acceptance narratives • Brian Broome considers the one-two punch of gender and racial identity • Nathaniel Deutsch and Michael Casper on Hasidic fear of gentrification in Williamsburg • Virginie Despentes on continuing the feminist revolution • Erica Jenks Henry on the agony (and ecstasy) of publishing your work online • Nancy Jo Sales on the gamification of dating apps • What we can learn about care work from the characters of Lorrie Moore and Ottessa Moshfegh • Bridget Collins against the myth of the tormented artist • When James Grady watched a Public Macho Standoff between Norman Mailer and G. Gordon Liddy • On the origins of white Europeans’ bigoted fascination with race • Suchitra Vijayan on the human casualties of arbitrary borders • How does a book get adapted for TV and film? • Becoming a writer after a decade of performing lung transplants • Claire Cox reflects on launching her debut novel after a year of loss • Phoebe Wynne considers how ancient tales became a rallying cry for modern women • Samantha Silva gets some unconventional writing help from an astrologer • Nick Ripatrazone on W.S. Merwin and the New Jersey wilderness he loved • Rafe Posey advises on how to avoid bottomless research holes • Saikat Majumdar considers class and caste in India’s Covid crisis • Alex Bezzerides on the first humans to start cooking meat • Dave Seminara gets mixed up in the subculture of extreme travelers • Does a color exist if we don’t have a name for it?

Twelfth Night, Paradise, War and Peace, and more rapid-fire book recs from Alice Miller • Slaughterhouse-Five and the 20th-Century Apocalypse: a 1969 review of Kurt Vonnegut’s iconic anti-war novel • Anna Karenina, The Vanishing Half, Where the Wild Things Are, and more rapid-fire book recs from Hamnet author Maggie O’Farrell • New titles by Francis Spufford, Claire Fuller, Sarah Schulman, and Aminatta Forna all feature among the Best Reviewed Books of the Week

Crawford Smith with a tale of witchcraft and murder in Jazz Age America • Audrey Blake recommends 6 medical nonfiction books that read like thrillers • Jeff Guinn on Pancho Villa, Revolutionary Movie Star • Morgan Cry on the hey-day of Spain’s Costa del Crime • Shop Talk: a look at Megan Abbott’s work routine, featuring diet coke and plenty of tchotchkes • Elizabeth Brundage on the challenges and rewards of writing character-driven thrillers • Claire Fuller with a list of novels that are not mysteries but are nonetheless full of suspense • Daniel Barbarisi takes us inside the hunt for Forrest Fenn’s hidden treasure • Olivia Rutigliano with a love letter to the late, great Charles Grodin • Daryl Gregory on murder, metafiction, and mash-ups

The week's best book drama is happening in the Times letters to the editor. 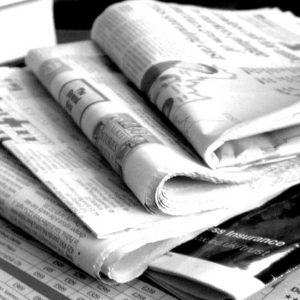 The week's best book drama is happening in the Times letters to the editor.

If you, like me, love low-stakes literary gossip but hate Twitter, you should probably be reading the New York Times books...
© LitHub
Back to top