An Armchair Catastrophist Predicts a Pandemic

One of the upsides of being a hopeless nerd is that you’re always reading around in arcane and odd subjects, and one of the upsides of that is that it’s often instructive as a reminder of just how startling or even mind-boggling the world can be. So it turns out that my endless reading not only does what it can to turn me into a more interesting human being; it also periodically generates the urge to write about something I’ve come across: usually when I’ve found myself, voluntarily or involuntarily, imagining and re-imagining one of the human dilemmas inherent in some of the stuff I’ve encountered.

For example: four years ago I was jolted by a story out of Siberia concerning a 12-year-old boy who’d apparently been killed by anthrax, with 20 others infected. The Russians were panicked, since anthrax hadn’t been recorded in Siberia in over 75 years, and investigators were stunned to discover that long-dormant spores of the bacteria frozen in a reindeer carcass had rejuvenated themselves to infect the boy. As your basic armchair catastrophist, I’d been focused on the permafrost bordering the Arctic Ocean for more than a decade by that point, and was already aware that now with the Arctic warming three times faster than the rest of the globe, a greater and greater percentage of the permafrost’s upper layers, which had for 35,000 years been stable, was thawing, which meant that all of that biological material full of pathogens was re-emerging.

On top of that, both Russia and Greenland had announced extensive plans to mine all across their northern extremities, now that those areas were easier to access due to global warming, meaning millions of tons of permafrost excavated and mountains of pathogens then thawing alongside newly-created mining communities, staffed by miners from all over the world who would periodically be flying home. That seemed to me, in terms of disaster, not a matter of if, but when, and so I thought: well, since I was probably not going to be able to stop reading about it anyway, maybe I should write about it.

Russia or Greenland, then, would be where my novel would begin. I wanted that worm’s eye view—what it would be like to be at ground zero of a worldwide outbreak—and I knew I’d also have to provide some sort of insight into both the epidemiological side of the story and the medical side. So I’d have not only multiple protagonists to create but also a shit-ton of learning to do.

I started reading. The research took about three years. One of my protagonists was an ER doc, so I had to learn as much as I could about that world, and two others were going to be Epidemic Intelligence Service officers from the CDC, and so I also needed to learn as much as I could about that world. All three professionals were going to be women, and one a woman of color, so I needed to find out more about the issues women, and women of color in particular, face in those worlds, as well. If all of that sounds daunting, well, I’m with you. But then again, on nearly all of my projects there are any number of stretches during which I’m lying in bed at night and thinking, Do you really imagine you can do this? And during such stretches, in response to my insomniac trooping around, my wife Karen helpfully points out that I’ve experienced such fears before. And of course I then point out that this particular set of problems, on the other hand, is entirely new, and in some ways unique. And then she smiles grimly, and supportively, modeling patience.

Nobody, myself included, had any idea as to when might be the appropriate time to release a novel about a pandemic during a pandemic.

Of course, I hardly rely on just reading, and I’m just smart enough to recruit help wherever I can. In this case, an old friend, Dr. Sandra Leong, herself a writer, was able to help enormously with the ER stuff; a former head of the CDC, Dr. Tom Friedan, was wonderfully supportive and informative on the EIS and CDC; another old friend who’s now an MSW, Sarah Towers, was able to help with the problems of getting through to a traumatized child (another big part of the novel that was emerging as a subject, since my index patient was going to be an 11-year-old boy) and finally, a microbiologist on the faculty with me at Williams College, Dr. Lois Banta, led me through the microbiology. The good news was that, as always, I was only seeking to create an illusion in all of these cases, and not to turn myself into a genuine expert, so there was some hope in that regard. And it turns out that there was something about converting all of that hard information into a story that helped me to understand it, especially when it came to the more difficult microbiological concepts. Even so, and even with all that help from real microbiologists and epidemiologists, I still felt like the slowest of the slow kids in class.

And then there was the problem of where the pathogen originated. Both Russia and Greenland were almost certainly alien enough to me, even given the amount that I’d tried to learn about them, that I should go there, since I wouldn’t even know what I didn’t know until I got there and started looking around. I chose Greenland. After having read as much as I could about the place, I visited both the tiny settlement of Ilimanaq and the “big town” of Ilulissat adjacent to it—at least by Greenlandic standards—both on the wildly isolated western coast. Having gone turned out to be crucial to the first part of the book. There were so many aspects to both places that were jaw-dropping that had been simply left out of the published accounts of them. And for all the difficulty of getting there and getting around, I got to go to Greenland. (!) If you’d told me as a boy growing up in Bridgeport, Connecticut that someday I was going to end up setting foot in Greenland, I would have suggested that you ease up on the hallucinogens.

And after all of that research and all of that writing, I turned the book into my publisher, Knopf, in February of 2020. And as you might expect, the experience of watching a matrix of catastrophe unfold right after you’ve worked as comprehensively as you could to try to imagine that very thing has, at the very least, a surreal edge to it. Nobody, myself included, had any idea as to when might be the appropriate time to release a novel about a pandemic during a pandemic. We finally settled on a little over a year later.

But having had something you’ve obsessively imagined come true before your eyes is like an echo of déjà vu leavened with the superstitious sense on the one hand that maybe your imagination should have left well enough alone, and a chastened sense on the other that Cassandras are a dime a dozen, and by definition ignored. But as a catastrophist, I’m used to that. Even as I register how little reach literary fiction has in our current culture, the undertaking never seemed to me fundamentally futile, since the entire project of literature is about trying to prevent ourselves from repeating our mistakes, even as we’re almost certain to repeat our mistakes. Some of us will nevertheless continue to go on waving our arms and pointing to the cliffs ahead, though, since unless we learn from those mistakes, we all have a lot of COVID-19s, and worse, ahead of us. 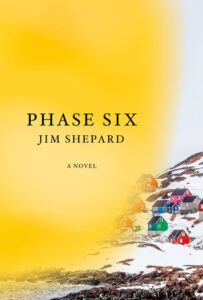 Phase Six by Jim Shepard is available via Knopf. 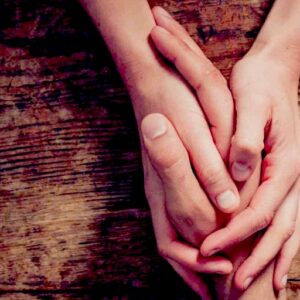 Over the past year, a phrase has kept returning to my mind: “What is beautiful is seized.” This refrain, repeated throughout...
© LitHub
Back to top
Loading Comments...