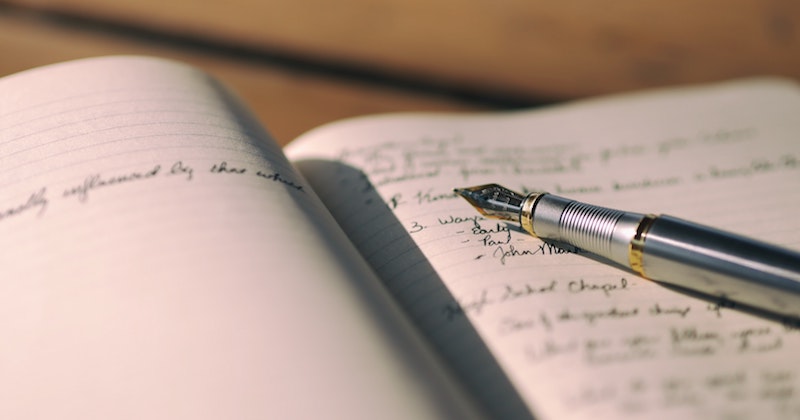 David Weill, MD, on the Journey from Medicine to Writing

While working at Stanford for 11 years on the frontlines of a top lung transplant program, I often had a plotline running in my head. I didn’t know the narrative’s exact format, but I knew there was a story to tell. I saw some truly inspiring things, including courageous patients who fought for their lives, the brilliance of my colleagues, and the miracle of the lives saved. And I saw some less inspiring and profoundly disappointing things: medical errors, ego-driven clashes between doctors, and profit-driven decisions from hospitals that were not “patient-focused.”

But both the good and the bad inspired me to record the events that changed my patients’ lives. And mine. When I got to the point in my career that my emotional armor was stripped away, it was the freedom of the blank page that provided solace.

I came home from work with these stories in my head, a blessing I think now, but at times, I looked at the swirling thoughts as only nuisances, a set of misbehaved children badly in need of an outlet. So, I bought a maroon leather-bound journal. Each day, I recorded what I saw and heard. Some days, the mood struck me to form complete sentences that turned into actual paragraphs, but at other times, exhausted from the 16-hour days, the best I could do was bullet points—interpretations of what had happened, bursts of thoughts and emotions:

Mother of two
Couldn’t find a lung in time
Died on the waiting list
Talked to her husband and her kids
Told them she wasn’t going to make it
Went into a hospital supply closet and cried.

These journal entries, written over a decade, became the backbone of my memoir Exhale: Hope, Healing, and a Life in Transplant. I needed a way to catalog and interpret my thoughts and find a way to release the clutter associated with life, death, grief, and an overwhelming sense of responsibility to save each person I encountered. Writing became the only medium that provided a needed sense of relief. In fact, when I sat down after a long day at the hospital, I began to feel better as soon as I picked up my journal. The feel of the well-worn leather was the first sign that the day was looking up, that soon the words that spilled onto the page would heal me. At least for another day.

Granted, writing in a journal can be therapeutic, but it does not result in a finished book. However, the drafting of Exhale was a surprisingly quick endeavor. As I was deciding to step away from my job at Stanford, which was the result of “burnout,” I had a great deal on my mind. I wanted to quickly capture the thoughts on the page, as if placing them there would soothe me. And it did. The draft was expelled in a surge of unremitting catharsis.

As I wrote the first draft, spitting out 80,000 words in about three months (words that admittedly needed some significant editing), I kept wondering: Why was I really writing? After all, for most of my life, I was groomed for what I would ultimately become: a transplant doctor. It was easy to figure out where that part of me came from: my male role models, including my physician father, my high school basketball coach, and my medical mentors, all of whom helped shape me in their image. But somewhere in there, amidst the scientific and medical orientation, wrapped in an oversized male-ego, was apparently a writer.

My literary aspirations sprang from a familiar well of influence: one’s upbringing. In this case, all things pointed to my mother, an Alabama native who harbored an early love of the Southern writers—William Faulkner, Walker Percy, and Willie Morris—that grew into an expansive reading appetite.

Writing became the only medium that provided a needed sense of relief.

As a young boy, I watched my mother read, appreciating even then the serenity it provided her. I came to understand that books had always given her a sense of calm, a form of escapism from a home life that was less than ideal: growing up with racial tension in Selma with an alcoholic, abusive father who worked on the railroad. I can envision my mother as a little girl, underneath her covers, a flashlight pointed at her open book, hoping for the yelling to stop. I didn’t have that experience growing up. I was privileged to have a childhood filled with love, peer acceptance, and endless possibilities for the future. But books were part of our mother-son bond, something that was, and still is, uniquely ours. It’s our common ground, our shared passion.

And like many who grow to love books, the question began to circle in my head: Why not write one of my own? It takes a certain determination and self-assuredness to believe that a writing life can be started in one’s fifties but thanks to my transplant career, I had a skill set that I assumed would easily translate to other areas. Plus, I really wanted to write about the emotional roller coaster that is life as a transplant doctor.

So, I could assume that a book would naturally emerge, right?

Wrong. Writing takes a different set of muscles, ones I’d never used. But I write because I need to—as a way to understand the experiences that I have had in the hospital. It is a form of therapy without the time limitations of the clock. But I also write because medicine needs storytelling to highlight social and economic factors that impair patient care, to illuminate the emotions experienced by patients and caregivers, and to help make transparent the disparities that permeate healthcare.

After years of treating patients and witnessing medical care close-up, what I chose to write about simply announced itself. I feel like the stories chased me, not the other way around. These stories provided me a way to understand and fully process what I was feeling, not so much as a form of escapism, but rather a way to confront my emotions directly, to dissect what I was thinking and feeling at the time my patients were occupying the space between life and death. Being a transplant doctor gave me that opportunity, to see human behavior in this precarious juncture in people’s lives. But I needed to take it a step further. It wasn’t enough to witness all of this—I needed to write about it because by not doing that, I would be stuck with only images in my head, a foreign movie without subtitles.

Now I move through this phase of my writing career (is it okay to even call what I am doing a career?) in much the same way I did in the early stages of my medical career: with apprehension, bewilderment, frustration, and exhilaration. Although I am the kind of person that likes to label what I am doing, I haven’t been able to decide if I am now a physician-writer or a writer-physician, but as I have progressed, I have come to the conclusion that it doesn’t matter. For me, one informs the other and likely always will. And for that, I’m grateful. 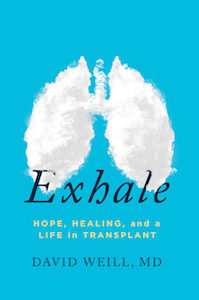 Exhale: Hope, Healing, and a Life in Transplant is available from Post Hill Press. Copyright © 2021 by David Weill, MD.

David Weill is the former Director of the Center for Advanced Lung Disease and the Lung Transplant Program at Stanford. He is currently the Principal of Weill Consulting Group, which focuses on improving the delivery of transplant care.
Dr. Weill’s writing has appeared in the Wall Street Journal, Salon, Newsweek, the Chicago Tribune, STAT, and the Washington Post. He also has been interviewed on CNN and by the New York Times, the San Francisco Chronicle, and the Wall Street Journal.
He lives with his wife and two daughters in New Orleans. 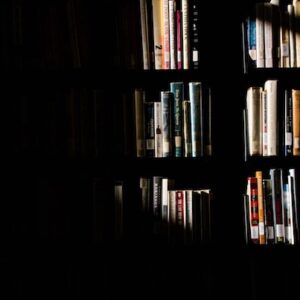 The 2021 PEN World Voices Festival is gathering dozens of writers, activists, and intellectuals for a host of digital events...
© LitHub
Back to top
Loading Comments...