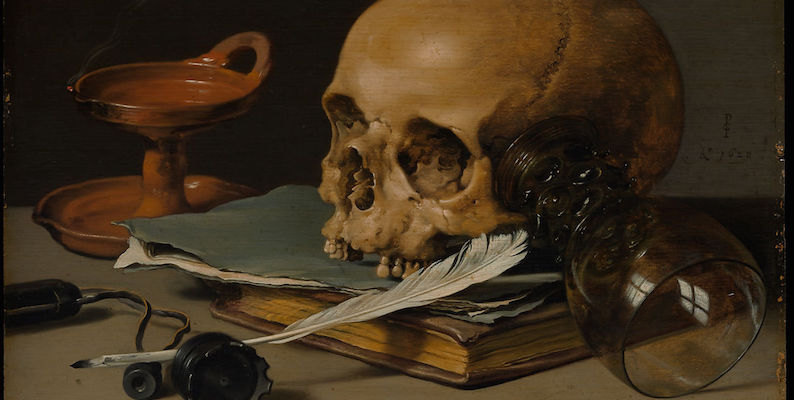 “I Wanted to Be on Fire.” On the Connection Between Art and Self-Destruction

Bridget Collins Considers the Hagiography of the Tortured Artist

“The best thing that can happen to you, as an actor,” my acting teacher said, “is to come offstage not knowing what just happened.” And around the room the twenty-odd drama students all nodded, and thought dreamily about the process of inspiration, the being-taken-up-on-divine-wings rapture of artistic creation: a process which would rob us of our inhibitions, our critical faculty, even our memory, leaving us to be carried through a performance by raw passion. I knew, of course, that what he was describing was a fugue state, a form of mental illness, but it didn’t seem to matter. It wasn’t an isolated comment, either. A few months earlier I had listened, spellbound, to the tale of a well-known actor who saw his own father’s ghost onstage when he was playing Hamlet – heard it from the horse’s mouth, or in this case the actor who had been playing Hamlet’s father at the time. Madness, of course, of a kind. And yet it was still a narrative that appealed intensely to me, and not only because I was young and naïve. I wanted to be “on fire”; I wanted to be the best artist I could possibly be, even at a cost.

The association of creativity and madness is one that’s almost impossible to escape. It’s part of the hagiography of the artist: a severed ear, a drinking problem, an early death; whenever stories are told about—well, about making up stories—it lurks in the corners of our vision, a shadowy phantom. In this conception, the Muse is a hungry deity demanding sacrifices. There are no gifts; if you want to be the best, you must pay the price. The more serious you are about your art, the higher the price you’re prepared to pay – until you find you have nothing left. There is a grandeur about it, as well as high tragedy. No wonder that back then we were ambivalent about what we called “dedication” and others might have called “obsession.” It’s the same, I suspect, in any rarefied, vocational environment, especially one where the students are young, idealistic, and ambitious.

That sentence just about sums up my novel The Betrayals, which is set in a remote monastery-like university where young men study the grand jeu, a mysterious, mystical game. Although in the classic sense of the word it’s not the kind of game you can win, the players are graded and ranked, and the scholars vie with one another endlessly, desperate not only to do their best but also to be the best. Léo Martin and Carfax de Courcy are the two most talented scholars in their class, and their rivalry is intense, even murderous. Both of them would do almost anything to beat the other. But for one of them—Carfax—the desire is mixed with a particularly personal terror: he comes from a famous family in which the drama of the game and the drama of self-destruction feed off each other, with disastrous results. He’s haunted by the suspicion that his talent is also a death sentence.

Finally, Carfax’s heritage catches up with him (in a way that I won’t go into now, for fear of spoilers). That won’t surprise any readers: a curse in a novel rarely fades quietly, without proving its power. And in fact it goes for all the players in The Betrayals: no one gets to walk away from the grand jeu unscathed. The game—the act of creation itself—is double-edged. To play it risks not only failure but transformation.

In this sense, The Betrayals is obviously about art, and our relationship with it. It’s about the ambiguity of the task we set ourselves when we want to create something, especially fiction: it’s at once intensely trivial and intensely important, a self-imposed task that requires enormous attention and bravery. And sometimes it can feel maddening, in the real sense of the word. What am I doing, spending my life on this? All this energy, all this time… Do I care too much? Am I crazy? And then—do I need to be crazier? Do I need to just… let myself go? If there is a Faustian choice to be made between being an artist and being a person, which side should I pick?

If there is a Faustian choice to be made between being an artist and being a person, which side should I pick?

But is there a Faustian choice? Good art and a kind of fragility do often go hand-in-hand—but then, so do bad art and fragility, and indeed no art and fragility. It might be only confirmation bias that makes us notice the people who suffer for their creativity—or maybe the fact that they do (let’s admit it) make a better story. It made my spine tingle hearing about Hamlet’s Ghost turning into a real ghost; in fact, it inspired an unpublished novel that still languishes in one of my desk drawers. But for every tormented actor drawing on his own depths of grief, there are more who can walk away from their role at the end of the evening without looking back. The Muse doesn’t have to be malevolent, although she’s not a walkover, either. Creation does always have a price. But the price doesn’t have to be your soul.

And for anyone who writes, or acts, or dances, or sculpts, or paints—for anyone who is drawn to make anything, ever—there’s another side to the story. Because we know that the cost of not making things is higher. It doesn’t matter what we make—whether we’re playing the grand jeu, or writing epic poetry, or putting up bookshelves—but we need to do it, and we need to care. The times I’ve felt closest to despair weren’t when I was throwing myself into writing (even though I sometimes let everything else slip, including sleep and personal hygiene), but when I couldn’t work at all. Whether it’s because you don’t have time, or you don’t believe in yourself, or because you’re a perfectionist—for whatever reason—sitting on your hands forever isn’t just a waste. It will make you unhappy. I believe that creation nourishes and heals us, that on some level it’s what we’re meant to do, all of us. Yes, it might transform us, but that’s the point.

And that in turn makes me wonder whether, really, it’s the mystique of art that has such destructive power. Not the act of creation, but the baggage that surrounds it: not only the self-fulfilling prophecy of the great artist who goes mad, but the competitiveness, the arrogance, and the fear. If your entire sense of self-worth is bound up in your novel—if you are so afraid of failure that you can only work once you’re good and drunk—if you would literally commit murder to beat your classmate in the final exams… It looks, at a glance, like you care too much about what you’re making; but in fact you’re staring beyond it, already fixing your eyes on the mirage of success or failure. You’re preoccupied, not with what you can control, but what you can’t; and that way madness lies.

Sure, we’re human. Of course we can’t stop caring about success and failure. (And earning a living, and the respect of our peers, and everything else that goes with existing in society.) Nor should we. And let’s face it, being an artist is pretty tricky in lots of ways, including (ahem) finding a reliable source of cashflow… Passions run high, and that’s understandable. But when there’s a problem it’s us, our flawed humanity, our tendency to take our eyes off the real thing. Ultimately, in The Betrayals, the grand jeu is redemptive, an anchor in the storms of politics, desire, and ambition; the catastrophes happen because the characters care more, ultimately, about themselves. That’s unavoidable; who doesn’t? And so the myth of the tormented artist isn’t going anywhere, because we’ll never be able to divorce our human messiness and egos from the creative process—not to mention our love for drama, in life as well as art. But let’s be clear. Creativity isn’t the nightmare. It’s what we do to keep the nightmare at bay. 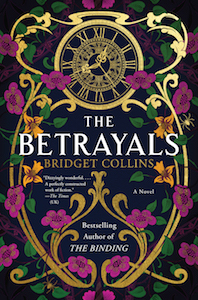 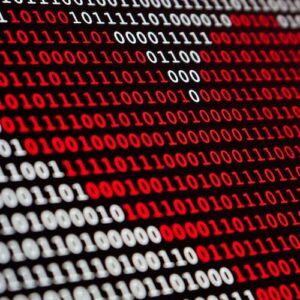 It was a couple of months after my story “Tinder and the Dating Apocalypse” came out in Vanity Fair in 2015 that a friend...
© LitHub
Back to top
Loading Comments...