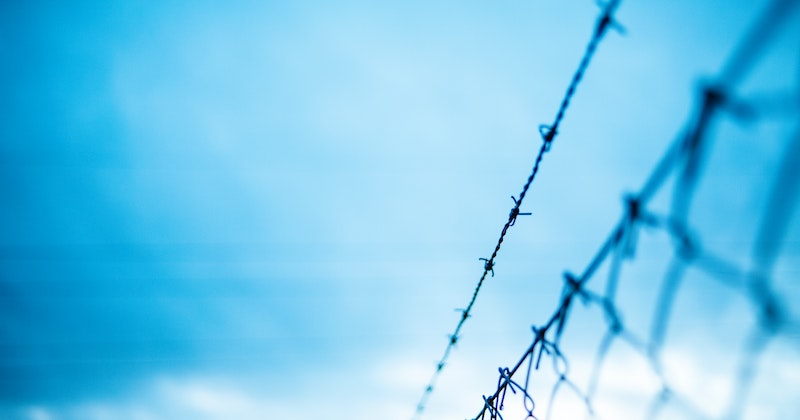 Suchitra Vijayan on the Victims and Survivors of War Crimes

“When someone asks me for my name, I say I am someone who has lost my home many times over.”–Field notes, India-Bangladesh border

He had nothing left of his home except an old map of his city. The maps no longer looked like the map he had memorized as a student. It looked like a tilted triangle, but he called it the broken half of a whole. His school and the local factory that produced jams and juices had been turned into a camp. His city was remade, and his country doesn’t exist anymore. He was a refugee twice over, an exile once, and an orphan always.

After he arrived in this country, he renamed himself Ishmael, after the son who was supposed to be sacrificed for God, but lived. He did everything he could to begin anew. But he could never entirely cleanse himself of the violence he had encountered. The war never left him, that immense pain of having lost his family and his home clung to him. Time no longer made any sense to him, it no longer anchored him. For him, it no longer moved. It simply stagnated.

When I met Ishmael, he had a set of notebooks with collected news clippings from the war years. He called the collection his museum of forgotten facts. Flipping through his many notebooks, you would learn about an internment camp that men went to voluntarily because they thought they would be safer there than on the street filled with men in uniform.

You’d come across the cellist who performed at funerals for free during the height of the siege, when every street corner had a sniper positioned to attack civilians. And you’d encounter the journalist, who now cleans toilets in Sarajevo, who kept 100 notebooks with names of the dead, and of the men he saw killed during those 20 days of carnage. Then there was the woman who had been starved at the internment camp. She lived, but lost the sense of taste, except the taste of cold prison floors. Freedom, once stolen, crippled, and starved, never managed to recover.

Ishmael had a simple question. Why did his home not exist anymore? Why was it unmade and erased? Looking for answers, he said he would become a modern-day Ibn Battuta, traveling the contours of apartheid and occupation; the fractured lines that refused to become nations, and the ugly walls and fences that divided people. His lines did not match the lines that proclaim nations sovereign.

But he never left the city of his last refuge. He stayed, he waited, and he rotted a little every day.

What does it feel like to be the last one? I can no longer live knowing I am the last one. Not when they claim we never existed.

They found this note next to Ishmael’s limp body. He had lived as a refugee, an exile, and an orphan for over 20 years. He had no executor; no living will. He left nothing behind, for no one. Everything he owned fit into a cardboard box that his Armenian landlord had donated to a thrift store—including his museum of forgotten facts, his notebooks full of news clippings, names, dates, and maps of his city and a country that no longer exists.

Like Levi, Ishmael died at his home that was destroyed, nearly 20 years later. I don’t know why he chose to end his life; perhaps living had become a terrible price to pay. “Exacting,” was the word he had used when we first spoke almost a decade ago.

For all his eloquence about war, violence, and pain, Ishmael appeared childlike. He was a boy when he had lost everyone and everything to the war. He had never reconciled with the violence, and the loss of his country never made sense to him.

“Where do I belong?” Ishmael asked once. This question of belonging, that he left life without answering, haunts me the most. Did he belong to his land? To this time? Or did he belong to silence and forgetting?

Justice, for many of them, was about not being forgotten.

When I worked for the War Crimes Tribunal for Yugoslavia, I spent months reading the witness summaries of victims and survivors. Many of the witnesses who came before the tribunal were those who had survived heinous crimes, had witnessed them, or had family who were victims of ethnic cleansing and genocide. They talked of starvation, of the destruction of their homes and community; separation and disappearances of family members; physical torture; sexual violence and rape; abuse, torture, and killing of others; perilous flight or escape and forced exile. What they often spoke of as justice was really a deep longing to make sense of their loss.

When people came to testify at the tribunal, they brought tokens with them; anything that would convey their loss, make them human and not another witness number or statement. Above all, they wanted their personal purgatories to be recorded, remembered, and acknowledged. Some brought photographs of the family they had lost and gave them to the lawyers and investigators. Justice, for many of them, was about not being forgotten.

Ishmael was no different. In his museum of forgotten facts, he obsessively collected maps and old photographs of his home—proof that his memories were true, that his city was not imagined but had existed, even if they were clippings from newspapers. But the maps did not speak his language; they speak the language of the state, the bureaucrats, politicians, and the armies. Maps are objects of power, and they do not belong to the people. Maps are keepers of a state’s knowledge: the distances, the miles, the nautical miles, and where things begin and end.

They are not keepers of people’s memories. So Ishmael tinkered with the maps and vandalized them, hoping one day he would make them speak his language.

“To redraw the world and its contours is my magnum opus,” he had said many times over. He would break up the borders—those lines that bring order—into unruly curls and curves. He drew the places he had lost, and sometimes he drew them as places they would have become if they were allowed to exist.

His maps committed treason; his memories were disloyal to the state.

The struggle over geography, the struggle to define the frontiers of our home, has existed throughout history. But when maps became the arsenal of imperialism and colonial conquest, people, in turn, became surveys and statistics. For the maps of this world to make sense, many fictions have been put in place, and we have been taught to treat these fictions as fact.

We imagine nations out of nonexistent lines—sometimes amputating communities or whole cultures to make way for a country—and reinforce the lines with violence lest they cease to exist altogether. Borders make unequal people.

I have met many Ishmaels now. In Kigali, Khartoum, Kashmir, London, The Hague, Berlin, Arusha, Cairo, Kabul, Karbala, Mardin, and Ni’lin. These many Ishmaels are people who live as exiles, as refugees, and as prisoners. Some were forced to flee, and some were born in exile. Others have returned home to their city emptied by bombs. There are those who live in cities that have now been remade into camps, dotted with bunkers, checkpoints, and guns. Their every move surveilled. Their humanity first questioned and then denied.

Like Ishmael, they are all part of the histories of occupation violence and multiple exiles, and they are also all remarkable bards, storytellers trying to make sense of their world’s injustices, inequities, and violence. Landlocked between disquiet and desperation, they are not in search of great truths about the world, just about themselves. Caught between history, time, and territory, they are the people who get trapped beneath the collapsing lines that willed nations into existence. And they are the unacknowledged casualties when those arbitrary borders shift, even a little. 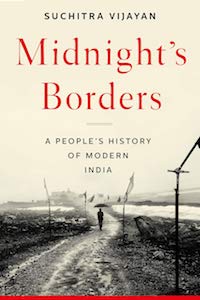 Excerpted from Midnight’s Borders: A People’s History of Modern India. Used with the permission of the publisher, Melville House. Copyright © 2021 by Suchitra Vijayan.

Suchitra Vijayan was born and raised in Madras, India. Her work has appeared in The Washington Post, GQ, The Boston Review, The Hindu, and Foreign Policy, and she has appeared on NBC news. A Barrister by training, she previously worked for the United Nations war crimes tribunals in Yugoslavia and Rwanda before co-founding the Resettlement Legal Aid Project in Cairo, which gives legal aid to Iraqi refugees. She is an award-winning photographer, the founder and executive director of the Polis Project, a hybrid research and journalism organization. She lives in New York. 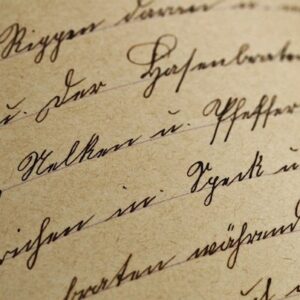 When I was fifteen, I studied Sophocles’ Antigone, where a young princess defies her uncle, the king, in order to properly...
© LitHub
Back to top
Loading Comments...