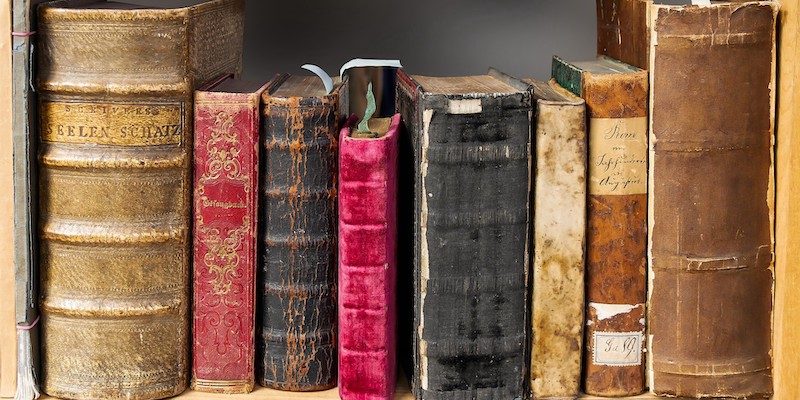 “What’s in a name?” mused Shakespeare in Romeo and Juliet (first published in print in 1597 as An Excellent Conceited Tragedie of Romeo and Juliet). Would he have said the same, one wonders, if he’d been around to hear that F. Scott Fitzgerald’s The Great Gatsby was at one point titled Trimalchio in West Egg; or that for Dracula, Bram Stoker considered The Dead Un-Dead? There is certainly an art to the great title, as demonstrated by the late English humourist Alan Coren, who when choosing a name for a collection of essays in 1975 noticed that the most popular books in Britain at that time were about cats, golf and Nazis. So he called his book Golfing for Cats and slapped a swastika on the front cover.

We also learn that care should be taken to avoid tempting an ironic fate. Bill Hillman, the American author of the 2014 guide Fiesta: How to Survive the Bulls of Pamplona, was gored by the bulls of Pamplona that same year—and again the next year. And in the 2017 British national election, the Conservative politician Gavin Barwell, author of How to Win a Marginal Seat, lost his marginal seat.

The humorous literary award known as the Bookseller/Diagram Prize for Oddest Title of the Year has been running since 1978, with past winners including Oral Sadism and the Vegetarian Personality (1986) by Glenn C. Ellenbogen, The Joy of Waterboiling (2018) by Achse Verlag and The Dirt Hole and its Variations by Charles L. Dobbins (2019). But we can go back centuries earlier to find their ancestors. The following are some of the more curious lurking in the corners of library catalogues. 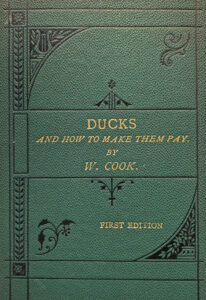 Ecloga de Calvis; or, In Praise of Bald Men (c.910) by the French monk Hucbald

The Loathsomenesse of Long Haire … with the Concurrent Judgement of Divines both Old and New Against It. With an Appendix Against Painting, Spots, Naked Breasts, etc. (1654) by Rev. Thomas Hall

On the Conciliation of Spirits, or: How to Get Acquainted With Ghosts (1716) by H. A. Matcke and G. E. Hamberger

Arse Musica; or, The Lady’s Back Report … (1722) by the Countess of Fizzle Rumpff (Jonathan Swift)

Satan’s Harvest Home: or the Present State of Whorecraft, Adultery, Fornication, Procuring, Pimping, Sodomy, And the Game of Flatts, (Illustrated by an Authentick and Entertaining Story) And other Satanic Works, daily propagated in this good Protestant Kingdom (1749) by Anonymous

An Essay on the Art of Ingeniously Tormenting; with Proper Rules for the Exercise of that Pleasant Art (1753) by Jane Collier

The Egg, Or The Memoirs Of Gregory Giddy, Esq: With The Lucubrations Of Messrs. Francis Flimsy, Frederick Florid, And Ben Bombast. To Which Are Added, The Private Opinions Of Patty Pout, Lucy Luscious, And Priscilla Positive. Also The Memoirs Of A Right Honourable Puppy. Conceived By A Celebrated Hen, And Laid Before The Public By A Famous Cock-Feeder (1772) by Anonymous

The Adventures Of An Irish Smock, Interspersed With Whimsical Anecdotes Of A Nankeen Pair Of Breeches (1783) published by George Lister

An Essay upon Wind, with Curious Anecdotes of Eminent Peteurs (1787) by Charles James Fox

The Adventures of a Pin, Supposed to be Related by Himself, Herself, or Itself (1790) by J. Lee

Sun-beams May Be Extracted From Cucumbers, But the Process is Tedious (1799) by David Daggett

The Adventures of an Ostrich Feather of Quality (1812) by Sherwood, Neely and Jones

Holidays with Hobgoblins (1861) by Dudley Costello

How to Ride a Velocipede: Straddle a Saddle, Then Paddle and Skedaddle (1869) by Joseph Firth Bottomley

Heaven: Where It Is, Its Inhabitants, And How To Get There (1881) by Dwight L. Moody

Ghosts I Have Met, and Some Others (1890) by John Kendrick Bangs

How to Cook Husbands (1898) by Elizabeth Strong Worthington 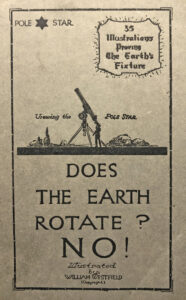 The Absent Treatment of Disease, With Particular Reference to Telepathy (1906) by Sheldon Leavitt, MD

Old Age, Its Cause and Prevention (1912) by Sanford Bennett

Does the Earth Rotate? No! (1919) by William Westfield

A Handbook on Hanging (1928) by Charles Duff

Psychic Self-Defense: Practical Instructions for the Detection of Psychic Attacks, & Defence Against Them (1930) by Dion Fortune

Thought Transference (Or What?) in Birds (1931) by Edmund Selous

Your Answer to Invasion – Ju-Jitsu (1941) by James Hipkiss

Who’s Who in Cocker Spaniels (1944) by Marion Frances Robinson 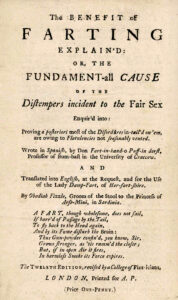 The History and Romance of Elastic Webbing (1946) by Clifford A. Richmond

Frog Raising for Pleasure and Profit (1950) by Dr Albert Broel

Atomic Gardening for the Layman (1960) by Muriel Howorth

Brainwashing is a Cinch! (1966) by James Maratta

Be Bold with Bananas (1972) by Crescent Books (Editor)

Gleeful Guide to Occult Cookery (1974) by Will Eisner

The Madam as Entrepreneur: Career Management in House Prostitution (1978) by Barbara Sherman Heyl

Highlights in the History of Concrete (1979) by C. C. Stanley

The Trombone in the Middle Ages and the Renaissance (1982) by George B. Lane

Manifold Destiny: The One! The Only! Guide to Cooking on Your Car Engine! (1989) by Chris Maynard, Bill Scheller

How to Good-bye Depression: If You Constrict Anus 100 Times Everyday. Malarkey? or Effective Way? (2000) by Hiroyuki Nishigaki

People Who Don’t Know They’re Dead: How They Attach Themselves to Unsuspecting Bystanders and What to Do About It (2005) by Gary Leon Hill

Does God Ever Speak through Cats? (2006) by David Evans

Collectible Spoons of the Third Reich (2009) by James A. Yannes

The Origin of Feces (2013) by David Waltner-Toews

How to Date Buildings: An Easy Reference Guide (2017) by Trevor Yorke 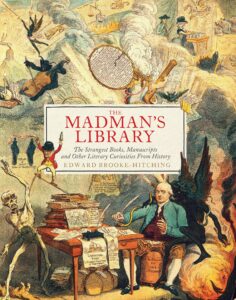 The Madman’s Library: The Strangest Books, Manuscripts and Other Literary Curiosities from History by Edward Brooke-Hitching is available now via Chronicle Books.

Edward Brooke-Hitching is the author of beautifully illustrated non-fiction titles, such as The Phantom Atlas and The Sky Atlas. A writer for the hit BBC television show QI and a Fellow of the Royal Geographic Society, Edward lives in a dusty heap of old books and maps in London. 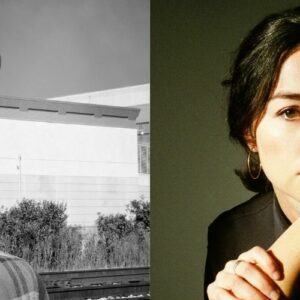 Barrett and I hadn't met before this exchange but his was a name and sensibility I knew already: I'd encountered the title...
© LitHub
Back to top
Loading Comments...