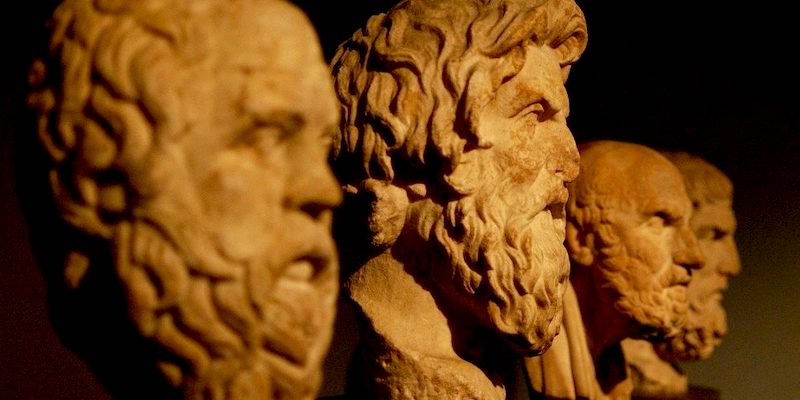 What Stoic Philosophers Can Teach Us About Grief

Nancy Sherman on Loss, Resilience, and the Ancients

Grief, according to the Stoics, is another form of distress. Since it focuses on losses largely outside our full control, it is an emotion that needs to be managed. It signals that we are hostage to fortune. Loved persons and things, homes and homelands, cultural heritages and religious sites, all are indifferents to be preferred and wisely selected. But their loss ought not totally destroy us.

The notion of managing grief in a way that might silence it strikes us as preposterous, especially in the wake of a raging pandemic that has blanketed us in massive and unfathomable loss. We don’t choose to say good-bye to loved ones without being able hold a hand or kiss a brow or sit in a hospital room together to chant a final prayer or lullaby. We have been forced to as a medical necessity. The need to grieve, in ways we think proper, is profound.

But just how radical are Stoic consolations on loss? If grief is to be outlawed, then indifferents do seem, after all, really matters of indifference. Preference is denuded of positive feeling, whether love of your family or joy and pride in your work. Conversely, dispreference is robbed of the pain that comes with loss. We go toward or avoid with detached selections. We select wisely, but at the cost of our humanity.

Cicero and Seneca challenge the orthodox picture. Cicero’s challenge is profoundly personal. Having lost his daughter Tullia in childbirth in the late winter of 45 BCE, he retreats to his country estate in the Tusculan hills outside Rome and immerses himself in consolation literature and writes his own consolations as self-help: “For my mind was swollen, and I was trying out every remedy I could.” Between mid-July and mid-August, he has penned most of the Tusculan Disputations, which includes an analysis of Stoic views of grief and an endorsement of a mild form of Stoic therapy.

It is important to remember that Cicero is not himself a Stoic. He self-identifies as a Skeptic. Still, he is a careful Hellenistic reader and transmitter of texts, attracted to some Stoic ideas and critical of others. He is eclectic in his philosophy and in his therapeutic method: “Some hold that the comforter has one responsibility: to teach the sufferer that what happened is not an evil at all. This is the view of Cleanthes Chrysippus, for his part, holds that the key to consolation is to get rid of the person’s belief that mourning is something he ought to do, something just and appropriate.”

Grief, according to the Stoics, is another form of distress.

“Different methods work for different individuals,” Cicero adds, and the timing of the intervention is as important as the method of intervention. Still, he has little good to say for the method of Cleanthes, the second head of the Stoa. Orthodox Stoicism undermines the very point of consolation: “I pass over the method of Cleanthes, since that is directed at the wise person, who does not need consoling. For if you manage to persuade the bereaved person that nothing is bad but shameful conduct, then you have taken away not his grief, but his unwisdom. And this is not the right moment for such a lesson.” In short, the sage has lost his ignorance and, with it, the attachment that breeds grief. But for us mortals, like Cicero, offering a sage’s lesson at the moment of bereavement is, at the very least, bad timing.

Is there a Stoic intervention that has more promise? Cicero contends, “the most dependable method as regards the validity of its reason is that of Chrysippus,” the third head of the school. It’s a method that doesn’t deny profound loss, but works rather on changing how we respond to it. That is, it’s focused on the second evaluative judgment, what one takes to be apt behavior. But even this is a hard sell for someone, like Cicero, in the throes of loss: “It’s a big task to persuade a person that he is grieving by his own judgment and because he thinks he ought to do so.”

Seneca takes on just this task. His consolations, in keeping with the Roman literary art form, begin by acknowledging the loss and anguish. They then move on to explore ways to restore calm and decorum: “I am sorry your friend Flaccus has passed away, but I want you not to grieve excessively.” He makes clear what he means: “Not grieve at all. That I will not venture to ask of you such firmness of mind belongs only to the person who has risen high above misfortune.” Perhaps that’s a sage. But even a sage will feel some distress: “And even he will feel a twinge at something like this, but only a twinge. As for us, we may be forgiven our tears, if there are not too many, and if we do regain control.” The twinge is again a pre-emotion, an emotional scar from the past that the sage can feel without culpability.

In another letter, we are told that the wise person’s tears flow more generously, “they well up of their own accord” “at the news of an untimely death,” or “when we are holding the body that is soon to pass directly from our embrace into the flames.” The tears “are squeezed out of us by a necessity of nature.” There’s no assent here. It’s the body’s natural response “when struck by grief ’s blow.” Tears, tremors, breath seizing up are all involuntary responses to the shock of loss, whether we are moral exemplars or not. Emotional calm comes later. And even then, calm leaves room for tears:

These [preliminary] tears are shed involuntarily.

There are others, though, to which we give egress when we revisit the memory of those we have lost and find an element of sweetness in our sorrow—when we think of their pleasant conversation, their cheerful company, their devoted service. At that time, the eyes release their tears, just as in joy. These we indulge; the others conquer us. So you need not hold back your tears because another person is standing near, or sitting at your side; nor should you make yourself cry because of them: neither tears nor the lack of tears is ever as shameful as when tears are feigned. Let them come of their own accord.

So, the foe is forced tears, not public tears, as we might have thought, or tears brought on by memory or reflection. What’s objectionable is nursing the tears, encouraging them to flow beyond what’s in accord with norms of nature or decorum. The problem is excess and theatrics.

Some of this sounds reasonable, and gentler counsel than we typically think of as coming from a Stoic. Seneca is a complex figure, some would say hypocritical, and to be sure, inconsistent at the best of times. There is no shortage of tough love in his consolations: “The one you loved passed away: find someone to love. Replacing the friend is better than crying.” Friends are fungible; people and not just income are disposable. That’s hardly a Stoicism we want to embrace.

But Seneca is never one to hide his own vulnerability: “I am writing these things to you—I, who wept for my beloved Annaeus Serenus so unrestrainedly I understand, now, that the main reason I felt such grief was that I had never thought it possible that his death should precede my own. I kept in mind only that he was younger than I, much younger. As if birth order determined our fate!” The repetitive thought—“but he was so much younger”—keeps the grief alive. Processing this loss, that even youth was not armor enough, offers some calm. He desperately wants calm, as we all do, but also the friendships, like that with Serenus, that sustain us. And so he is a Stoic in the game with us.

What’s objectionable is nursing the tears, encouraging them to flow beyond what’s in accord with norms of nature or decorum.

He is a psychotherapist who treats patients but also treats himself. His times are calamitous: exiles, forced suicides, Rome burning while Nero fiddles (or, at least, performs on his lyre), Lyon burning, endless wars, political upheaval, unchecked disease. What his friends are going through, he’s going through. The angst is everywhere. It is easy to hear him talking to us. It was that kind of glory he thought was worthy—that his letters live on. At the moment, letters from a therapist living in anxious times, with consolations for calm, are all too relevant.

A modern therapist’s creed is not to share your own grief or neuroses with your patients. You absorb theirs, and if you are a psychoanalyst, make interpretations, without burdening the patient with your own treatment or personal history. But if you are living in in a pandemic with deaths mounting every day, what patients are feeling is just what you are feeling—grief, fear of an unknown future, isolation and forced retreat from a face-to-face social world. Freud recommended “abstinence,” the therapist’s “blank screen” so that the patient could see her own conflicts and emotions in the transference, and not the therapist’s. But when everyone is suffering together, it’s harder for the boundaries not to slip.

Seneca is a moral counselor. He is not just a listener, but a talker. He admits, he is often talking to himself in his letters. “I am sick myself.” “The man who lives here is not a doctor but a patient.” The doctor, too, needs healing. The preferred treatment is philosophical—about the nature of loss and how one responds to it. But the core point is that his consolations are never blanket banishments of grief. They are about coping with grief, not about eliminating it.

Grief that honors loss is only possible with attachment. Yet attachment to persons is perhaps the surest mark of our vulnerability. It is also key to our resilience. 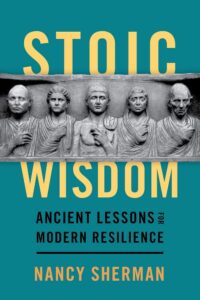 Nancy Sherman is a University Professor at Georgetown University. An ethicist with research training in psychoanalysis, she lectures worldwide on ethics, the emotions, moral injury, and resilience. The author of Afterwar (OUP, 2015), The Untold War (2010 and New York Times editors' pick), Stoic Warriors (OUP, 2005), and several other books on ancient and modern ethics, she served as the Inaugural Distinguished Chair of Ethics at the United States Naval Academy. She has written for the New York Times and contributes frequently to many other media outlets. 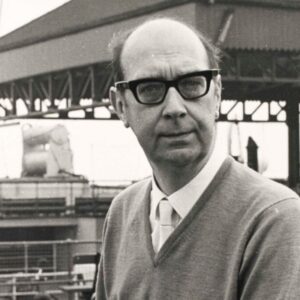