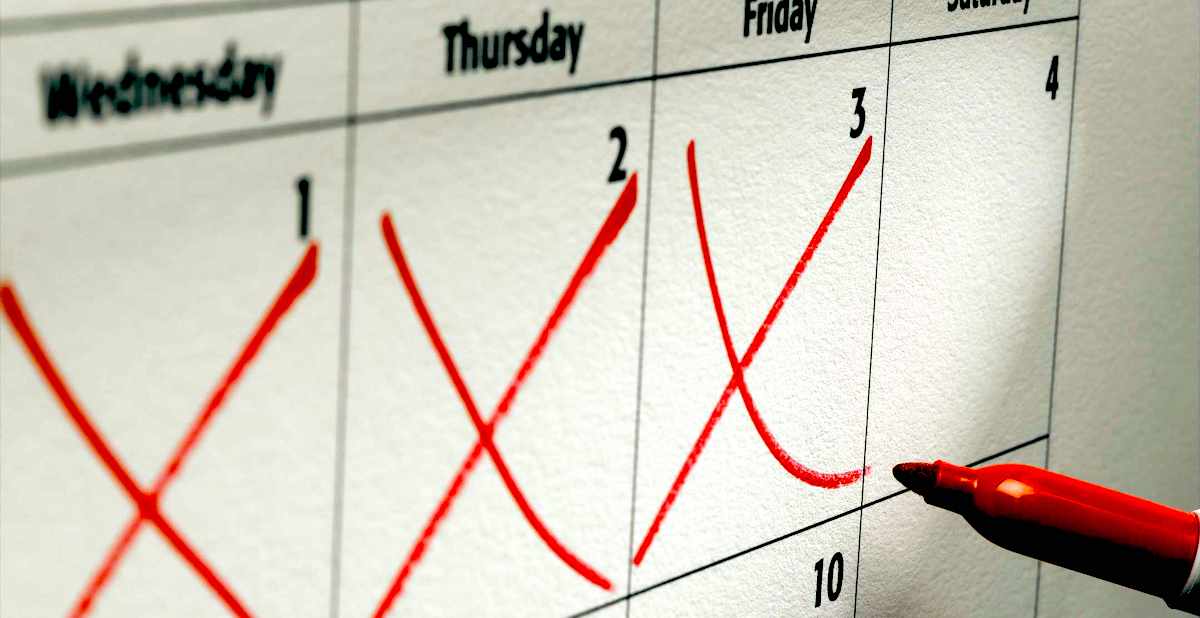 Via University of Massachusetts Press

Last January, I was in a bathroom stall at work, checking my email, and I opened a message saying my novel had won a prize and would be published the following year by a university press. A lump formed in my throat. I took a screenshot and texted it to my husband. I’d spent years querying agents for this novel—not years in their entirety, but years of morning hours stolen from the rest of my working/parenting life—and received a dozen lovely rejections from agents who liked the book but couldn’t take it on.

I thought my novel was doomed, and I’d have to write another one. I was seven years out of my MFA program, a few months shy of 40, still reeling from the upheaval of becoming a parent. I wondered if the writing life I tried to inhabit every morning between four and six—which was, and is, interrupted by my five-year-old, who rises early, and who, for example, just now summoned me to ask if today was a school day—was always going to feel like something I was grasping after. Not my actual life. Maybe everything was about to change.

Last February, I met up with an old friend I hadn’t seen in years. She was divorcing her partner and had just gotten an important fellowship for artists; everything in her life was turning over. We sat on the flagstone steps at a park in Brooklyn, my son tearing across the adjoining field with his father and a ball. My friend and I faced each other, leaning in close to hear better over the February wind and the Fourth Avenue traffic.

Later, we all went to a Mexican restaurant for dinner. She stopped by our apartment before heading out, and we made plans to have her over some weekend soon. She is the last person outside my family to see the inside of our home, unless you count the masked doctor who came to assess us for the life insurance policy we took out two months later.

Last March—March 2nd to be exact—we brought our son to the pediatric ER at four in the morning. He’d had abdominal pain all weekend, to the point where we wondered if it wasn’t a stomach bug but appendicitis. The ER was empty and quiet, and there was a little sign at the front desk asking patients to disclose if they’d traveled to China recently. The receptionist wore a mask, but no one else did. It turned out to be constipation, not appendicitis: my son received a prescription for a laxative, and we walked home. Weeks later, I’d hear a podcast in which an ER doctor from this hospital described regularly turning away “hundreds” of people with COVID-19 symptoms during that horrible first wave.

Until mid-March last year, I spent every Monday, Wednesday, and Friday in a classroom with teenage musicians at the alternative transfer high school where I work. Most of them were vocalists, songwriters, rappers. The vocalists would crowd into the makeshift recording studio and sing, breathing each other’s air, their voices invisible but magnificent, like bells. The rappers practiced bars under their breath, memorizing, testing the rhythms before leaning into the microphone, the force of their p’s caught by the pop filter.

My students preferred the studio—a dim, low-ceilinged fort erected from plywood in a corner of the classroom—to the sunlit main room with its 20-foot windows. You could tell from the stale smell that it was poorly ventilated. They’d hide out there, even when they weren’t actively putting a song or a track together, piling onto the low sofa, their slouching bodies nearly horizontal as they gazed into their phones, shoulder to shoulder, munching snack food, trading jokes, humming. None of us knew then what was coming.

I remember Friday, March 13th vividly: the last semi-normal day, the turning point. I went to work, checked in with my students in the studio, and got lunch with a colleague at a tiny spot in the West Village, a date we’d planned for weeks. Even with half the tables removed it was tight, the restaurant full, buzzing with the energy of imminent catastrophe. That evening, I was aghast that I’d dined out. By the following Monday, schools were closed, and lockdown quickly followed.

I marveled at all the people on the Zoom grid, tuning in from different time zones.

As the world winnowed down to a peephole, I thought, naively, that things might be “normal” again when my book came out the following year. I was grateful for the timing, imagining I’d missed an unfortunate fate. For almost a decade, I had pictured reading my debut novel at one of the local bookstores—I saw the stool I’d sit on for the Q&A, the table where I’d sign copies for strangers. I saw my friends gathered at the bar afterward, shouting into each other’s ears, giddily clinking our pints high in the air. I’d go to California, where most of the book takes place, and do an event in my hometown. People I hadn’t seen in decades would come. This could still happen, I thought. A year seemed like a long time.

A writer friend had a Zoom book launch that May, the first launch I attended via laptop rather than in a creaky folding chair. For that hour, wine glass in hand, I was genuinely moved, open to the feeling of raw wonder I always have at book events, scribbling things down, sending giddy texts to a mutual friend watching from his own apartment. I marveled at all the people on the Zoom grid, tuning in from different time zones.

When it ended, and I clicked the red bar marked “Leave” in the lower right-hand corner of the screen, they disappeared. I blinked in the lamplight, joy sloshing in my chest. I took my headphones off, and in the quiet of our living room, my joy was overwrought, out of place. My husband scrolled through epidemiologist Twitter, his face pinched with worry as he tried to get a handle on that particular moment in the pandemic. I closed my laptop and tucked it out of sight.

A year later, in March, I had my own Zoom book launch. It was wonderful in that heartbreaking way we are still moved by gathering over Zoom, more than a year into our video call fatigue. I put my hand on my heart and grinned as people appeared in their tiny squares, joyful and poorly lit: dear old friends from the west coast, friends from my online writers group, colleagues, my high school French teacher. My mother in California, whom I haven’t seen in two years. Afterward, instead of heading to a bar with everyone, I clinked glasses with my husband in our quiet apartment and went to bed, my phone buzzing with heart emoji-filled texts.

I haven’t seen my singing, rapping students since that almost-normal day, the last day before everything changed, over a year ago. For the first month of lockdown, I kept picturing our return to school: we’d hug tightly, tears welling up, as though time had stopped and would start again soon, unfreezing everyone. In our remote classes, almost no one turned their camera on, and I gazed hard at my students’ avatar photos, their single letters against black squares, which vibrated faintly when they spoke. Since then, most of them have graduated in surreal online ceremonies.

When we all finally return en masse, that entire cohort will have earned their diplomas and moved on. I am back in the building now, teaching classes in person on alternating days, my new students stationed at far-flung corners of a different classroom, our voices muffled behind our masks. Every day feels like a between-time, a dreamy limbo that resembles but isn’t quite school. We use the studio tentatively now, one person at a time, one person per day. The building is eerie: its hallways, formerly alive and cacophonous with kids and teachers, are empty and quiet. We feel like the only people there.

We greet the spring with the ghosts of everyone we’ve lost.

My friend with the artist fellowship is one of the few people we’ve seen regularly in the last year, always outside. Her fellowship is about to end, and I wonder how she will support herself. I hugged her the last time I saw her—my second non-family hug of the pandemic—and our son was quietly scandalized. But I’d seen him hug his friend after school, both of them in the little masks they wear all day, my son’s mask damp from chewing. He squeezes harder than his friend, who delicately pats my son’s shoulders.

A year later, it’s the season changing that gets me. Last spring, I’d stand at my son’s bedroom window, trapped, listening to the insistent song of the cardinals perched on the ailanthus tree in the neighboring backyard, the notes repeating like an alarm, the sunlight achingly brighter each day. I’ve never listened more closely to birds or stared harder at trees. The forsythia blooming against wrought iron gates and along paths in Prospect Park was like garland hung for a party that had been canceled—but spring wasn’t canceled, it happened anyway.

A white-throated sparrow came through on its way to Vermont, haunting our block with its sad, descending notes, which my son, with excellent pitch, imitated perfectly. This year, it all happened again: the tips of branches furring with new leaves, the tangled forsythia in the park giving way to fat magnolia blossoms and hillside daffodils, then tulips, and finally the stately rungs of flowering dogwood. The sunlight, always the sunlight, raw, stretching, pulling us forward. We greet the spring with the ghosts of everyone we’ve lost, the memory of our old lives, our collective fatigue and fearful hope.

Like me, my book will disappear. If I’m lucky, it will shine a little before it disappears, but I don’t have delusions about its significance, or about how this all works, at the level of publishing or the level of cosmology.

I write to get it down, to render something I see. In a year of bad luck, I count myself lucky for publishing at all, and grateful beyond reason for what I’ve been spared—my job, my health, my family, a place to live. In a year of grim reaping, my Tic-Tac-sized disappointment at not being able to read my book to an audience in a bookstore is something to wave away with a flick of the hand. Like everyone else, I rise in the morning with a prayer and a bit of dared hope. 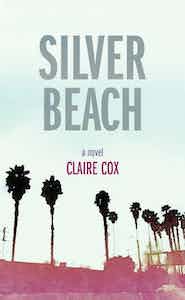 Silver Beach is available from the University of Massachusetts Press. Copyright © 2021 by Claire Cox.

Claire Cox holds an MFA in creative writing from Hunter College and was a finalist for the Missouri Review Jeffrey E. Smith Editors’ Prize. Originally from San Diego, she lives with her husband and son in New York City, where she has taught high school English since 2005.

Who Were the First Humans to Start Cooking Meat? And Why? 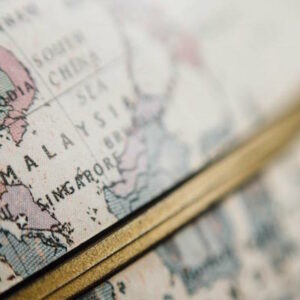 “Our battered suitcases were piled on the sidewalk again; we had longer ways to go. But no matter, the road is life.” –Jack...
© LitHub
Back to top
Loading Comments...