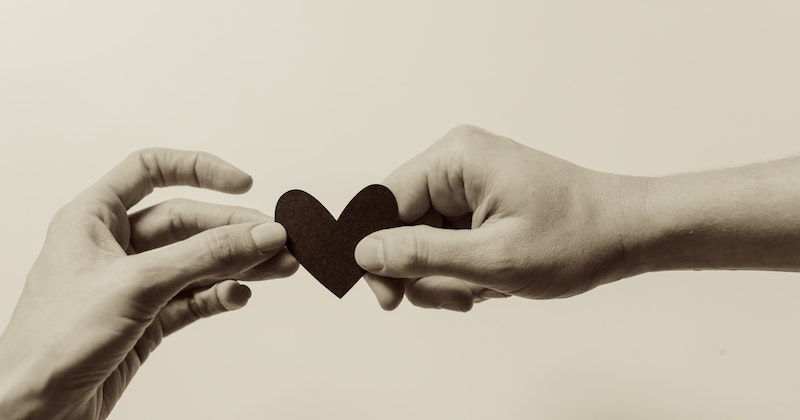 How We Wrote a Joint Memoir Without Sabotaging Our Relationship

By Meg Bashwiner and Joseph Fink

“This book chronicles the first ten years of our relationship, from each of our points of view. We wrote these chapters in 2019 without consulting one another beforehand. Any discrepancies in fact or memory are accidental and fiercely disagreed upon.”

That is the preface for The First Ten Years, our memoir. In 2019 my husband Joseph thought that it might be interesting to write a memoir together about the past ten years of our life. He is a novelist, focusing on fiction. I am an essayist, focusing on nonfiction.

If you’ve ever been in a long-term relationship, you’ve likely have had at least one argument that led to one or both of you saying “I never said that!” How does that argument play out over the course of a joint memoir? Initially, I thought that would be the crux of our book. Each of us telling our story with our disagreements splashed across the pages. But then we wrote it…

Yes, we disagree on stuff—which room we were in when we had our first conversations about spending our life together, the minute details of moving into our house, who paid for the morning after pill procured following our first date—but to me the disagreements of fact punched a lot softer than the disagreements of feeling. Leave it to a nonfiction writer to be obsessive about fact and the novelist to come through and show her that the facts only have power through the perspective of feeling.

There are times where I talk about being scared and he talks about my kindness during those same times. There are moments where he remembers himself to be stubborn and I remember him to the brave. There are stories he never mentions or even remembers and to me, they are pivotal to both who I am and who we are. This sword cuts both ways, some of his biggest moments are missed by me, busy with my own story.

I can tell you about the empathetic pain that radiated from holding his hand through the loss of his father but that grief is in his bones, not mine. When I talk about the singeing of my nerves during my emotional breakdown, at the Burbank Airport Rental Car Counter, he remembers his fear of my unexpected fragility. We are a witness to each other, but we are not each other, no matter how deeply our two disparate lives have become one.

We are a witness to each other, but we are not each other.

So yes, “any discrepancies in fact or memory are accidental and fiercely disagreed upon,” but also the disagreement is not a fight of right or wrong, anger or frustration, he said vs. she said, but one of illumination and greater understanding of both the person who I am and the person to whom I say “love ya babe, I’ll see you in dreamland” every night.

There are two sides to every love story. This is ours.

Below are selected excerpts from the joint memoir The First Ten Years by Joseph Fink and Meg Bashwiner.

“We were 22 and full of the posturing performance that substitutes for personality at that age. In a person’s early twenties, the human being who eventually will form naturally with time has to be hastily scraped together from the shaky models of movies and social media. Meg was a constant smoker then, and so my first impression of her was a rolling wave of cigarette smell. My sense of smell is sensitive, and neither I nor anyone in my family ever smoked, so it set that first meeting on edge. But she also was clearly smart and determined and so entirely different from most people I had ever known, a slice of Jersey in my—until then—entirely Californian life.

I didn’t quite know what to make of her. But then I was such an uncertain mess at that age that I didn’t know what to make of myself, either. I don’t remember us getting along well the first night we met, but I think we both knew that the conflict was as fake as the version of ourselves we were performing. There were deeper, quieter versions of us waiting to unfurl, and it was in those silent places that the heat between us lingered…

“Earlier that spring I sat next to Joseph on his bed, as it was his only piece of furniture. We were just friends at the time. I felt an odd click in my body the moment my butt touched the bed next to him. It was that strange feeling of intuitive recognition that I had only felt a few times in my life before. It’s the feeling of scraping the first layer away of what will become a well-worn groove.

When I felt it sitting next to Joseph on his bed it took me by surprise. I was not expecting to feel this in a moment of casually plopping down next to a friend on his sole piece of furniture. I filed the feeling away and waited for life to bring it into focus. This night was when that feeling started to become clearer. Joseph didn’t want a girlfriend. He made that known. He told me, “I’m not a good person to like.” But then he kissed me so I was like, “Cool, cool, we’ll see about that.”

He had been in a long-term relationship for years and had recently escaped it. He wanted to be a single guy in NYC, with flings and flirtations. I wanted desperately to be someone’s girlfriend, with cuddling and no longer fucking strangers. We were mixing those desires together that night, an alchemy that led to a lot of emotional bruising in the months to come, but on that humid late-spring rum-soaked night those desires were our bottom brick, our basement, our beginning.” 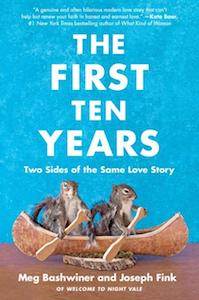 The First Ten Years: Two Sides of the Same Love Story is available from Harper Perennial, an imprint of HarperCollins Publishers. Copyright © 2021 by Meg Bashwiner and Joseph Fink.

Meg Bashwiner is a writer, performer, producer and tour manager. She lives in The Hudson River Valley and Los Angeles.
Joseph Fink is the creator of the Welcome to Night Vale and Alice Isn't Dead podcasts, and the New York Times bestselling author of Welcome to Night Vale, It Devours!, and The Faceless Old Woman Who Secretly Lives in Your Home (all written with Jeffrey Cranor), and Alice Isn’t Dead. He is also the author of the middle-grade novel, The Halloween Moon. He and his wife, Meg Bashwiner, have written the memoir The First Ten Years. They live together in the Hudson River Valley. 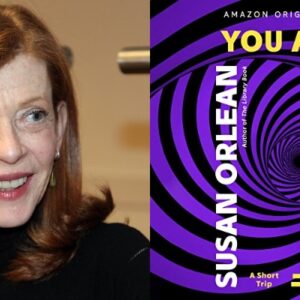