TODAY: In 1897, Thornton Wilder, the only writer to win Pulitzer Prizes for both fiction and drama, is born.

April’s best new crime nonfiction releases • Plotting murder in the public library with Will Thomas • Escape your travel limitations with these ten international thriller series, selected by author Kris Calvin • Edward White on Rear Window and Hitchcock, the voyeur • Danielle Trussoni explores the dizzying allure of Alpine mysteries • Sally Hepworth on sisters, rivalry, and psychological thrillers • Matthew John Phillips on the complex history of ‘gay panic’ and the 2001 thriller The Deep End • Olivia Rutigliano invites you to one of the most productive dinner parties in literary history • A.E. Osworth on suspense fiction in the age of digital surveillance • Bridget Foley on cowardice and crime fiction

Professional Troublemaker by Luvvie Ajayi Jones, Read by the Author 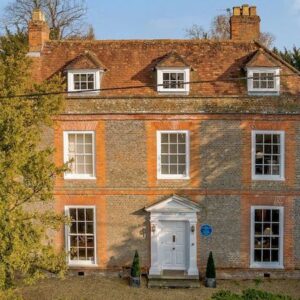 Sleuths rejoice! After twenty years, the Oxfordshire house where Dame Agatha Christie wrote many of her most famous crime...
© LitHub
Back to top