Finding Hemingway: Seeing the Self Behind the Self-Mythologizer

When I visited Ernest Hemingway’s home in Key West, I took only three photographs. One of his writing studio (which the house’s caretakers claim remains undisturbed), one of the two Coca-Cola machines outside the public bathrooms and one of the little houses built for the dozens of six-toed cats roaming the property. On the roofs of those little houses are placards reading, “Hemingway Home Cats Get Revolution Plus Every Month.”

I took those three pictures because they offered the only visual anecdotes that really interested me about the place: photographic evidence of the continuing myth of Hemingway. A myth so enduring that his former home now has soda machines and his cats have their own medical sponsor. It was bombarding to the point that it almost stifled breathing, the cure was to go to Elizabeth Bishop’s nearby home and sit in the quiet under the palm trees in her front yard.

That myth was built in Hemingway’s lifetime, largely by the writer himself. Ninety-five years after the publication of his first book, The Sun Also Rises, we are still fascinated by the man—so fascinated that, in 2016, when Lesley Blume published Everybody Behaves Badly: The True Story Behind Hemingway’s Masterpiece The Sun Also Rises, it landed on the New York Times bestseller list. There are only a handful of writers who have spurred an ecosystem of literary criticism around their work that foments mass readership. And there is no American writer who has left as much literary criticism and speculation in his wake as Hemingway. But after nearly 100 years, that criticism is finally becoming more honest, nuanced and interesting. Hemingway has been dealt with squarely not only in Blume’s book but also in Paul Hendrickson’s 2012 book Hemingway’s Boat, which was a finalist for the National Book Critics Circle Award and in Ken Burns and Lynn Novick’s new documentary, Hemingway.

In the years after his death, the country couldn’t help but romanticize Hemingway. A.E. Hotchner’s 1966 book Papa was full of saucy details that painted him as a man invincible until suddenly he wasn’t. Our tendency to build into the Hemingway mythos in literary criticism or biographies was recognized only two years after Hemingway’s death by Norman Mailer in the New York Review of Books. The famously pugnacious Mailer offered the prediction that “there will be no definitive biography of Hemingway until the nature of his personal torture is better comprehended.”

In a conversation about her recent docuseries, which is streaming on the PBS Documentaries Prime Video Channel, I asked Novick about Mailer’s remark and whether we’re at that moment. She told me, “there’s a lot of work to do, I think, even for us working on the film, it’s hard to push past the persona and really see him and see his work and not be overshadowed by that.”

While they often heap praise on Hemingway, they also criticize him when he deserves it. When he’s cruel or a racist, as he often is, they don’t try to explain his faults away.

The Hemingway persona that sometimes threatens to overshadow his work was built during his lifetime and was a self-inflicted torture. When Max Perkins signed Hemingway, he knew what his publishing house was buying. Lesley Blume told me, “[Hemingway] was a two-for-one deal. The persona was crucial to launching him as a writer. Scribner’s knew that they had a two-for-one deal with him also. They planted stories about him with gossip columnists, he was so different from other writers at the time.”

While the myth of their larger-than-life author surely helped Scribner’s move books, that myth has stirred waves of criticism mirroring the cultural moment. Blume says “the feminist critics of the 1960s and 70s really revisited his works and looked at it through a different prism and really hated him.”

The general rule, it seems to me, is that it takes roughly two decades for a writer to be in the ground before they begin to be fairly appreciated. And accordingly, Hemingway’s popularity surged in the 80s. In a 1983 story in the New York Times about the uptick in Hemingway sales, one Hemingway scholar said that his critical reputation was “building toward a newer high.” Literary critics were pawing over his work even before his death; after they tried to draw out the symbolism in The Old Man and the Sea, Hemingway wrote in a letter “There isn’t any symbolism. The sea is the sea. The old man is an old man. The boy is a boy and the fish is a fish. The sharks are all sharks, no better and no worse. All the symbolism that people say is shit. What goes beyond is what you see beyond when you know.” The author’s false shrugging—Hemingway of course cared enormously about what people said about him—has done nothing to stem the speculation around his work, which Paul Hendrickson describes as a “vast, roily, envy-ridden sea of Hemingway studies.”

One thing that does not change as we return to Hemingway is the brilliance of his writing that has influenced if not inspired countless writers. Didion once recalled reading the opening sentences of A Farewell to Arms by reminiscing “I imagined that if I studied them closely enough and practiced hard enough I might one day arrange one hundred and twenty-six such words myself.” And that’s the strongest aspect of Novick’s new film: the Hemingway commentaries by heavyweight writers like Tim O’Brien, Mary Karr and Edna O’Brien. While they often heap praise on Hemingway, they also criticize him when he deserves it. When he’s cruel or a racist, as he often is, they don’t try to explain his faults away. At one point, Mario Vargas Llosa laughs at the sex passage in For Whom the Bell Tolls when Hemingway writes that Robert Jordan “felt the earth move out and away from under them.” The Nobel Prize winner is right—it’s a silly line, almost like Hemingway satirizing himself and we should laugh at him when the writer bows to his own cliches.

But the film, like Blume and Hendrickson’s books, also realizes the knife-edge beauty of Hemingway’s writing and is helped by actor Jeff Daniels who reads as Hemingway. The most succinct explanation of the style comes from Hemingway scholar Miriam Mandel, who says “that’s what an artist does with his subject matter. With your strength, with your will, with your skills, you go in and you control the subject matter and you make something beautiful from it.” With all his faults, with his racism and sexism and bitter cruelty, there is the redeeming quality of Hemingway: that he handled his subject matter more cleanly than anybody since and when he was writing well, he made something beautiful of it.

Alex Thomas has written for Air Mail and Playboy. His poetry has been featured in Cimarron Review, Cherry Tree and elsewhere and has been nominated for a Pushcart Prize.

Why is Maintaining Adult Friendships So Difficult? 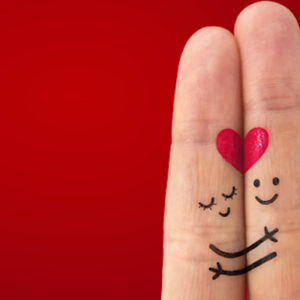 The summer after college, a friend of mine—let’s call her M—went to Romania for six weeks on a TEFL program. At the orientation...
© LitHub
Back to top