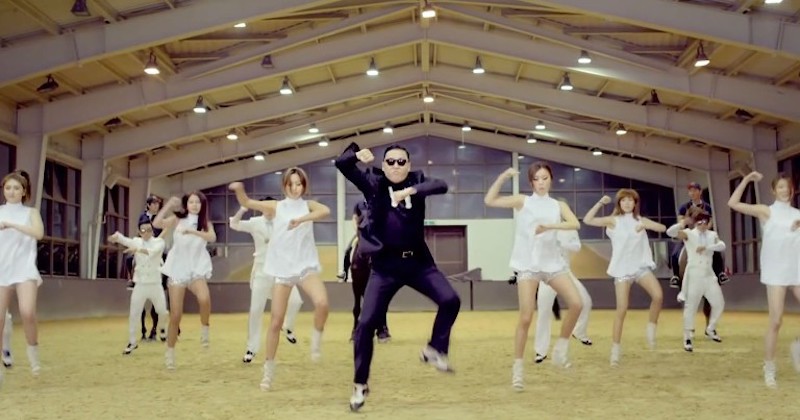 From K-Pop to a Bach Cantata: How the Brain Recognizes Music

Michael Spitzer Looks at the Universality of Rhythm and Melody

The musical world is a blooming, buzzing confusion of sounds. The music on your iPhone may carry different harmonies, scales, and rhythms from the gamelans of Bali or the chants of the Brazilian rainforest. As the linguist Noam Chomsky taught us, we find universality not on the surface of spoken utterances but in the deep mental structures that generate them—in the rules of the game. It is the same with music. People across the planet may speak different musical languages. However, the musical mind displays surprising consistency. Nearly everyone in the world can follow a rhythmic pattern, clap or dance in time, sing a song (however accurately or inaccurately), remember a melody, and identify an emotion associated with some music they like.

One particular capacity is akin to the “cocktail party” trick of picking out a conversation among a hubbub of voices. The psychologist Albert Bregman called this “auditory scene analysis,” and we do something similar when we discern an ominous noise in the jungle or follow one strand of a musical conversation in a Bach fugue or a jazz ensemble. Although such abilities are second nature to most people, the neurological architecture that makes it possible is massively complex, and well beyond the capacity of animals.

For instance, no animal can consciously move in time to a regular beat, with the interesting exception of parrots. Our musicality is related to the sheer size of our brains, but also to our bipedalism. Much of our sense of bodily rhythm stems from the fact that we walk upright on two feet in a regular gait. It is odd that humans associate music with motion, given that tones are invisible and, strictly speaking, don’t really “move” in any space.

The cognitive represents one side of musical universality. Another is the world of musical behaviors. Every aspect of our lives is interwoven with music, and a key element of this is emotion. Consider these three examples. A few years ago, when my daughter was two years old, we took her to a London Symphony Orchestra children’s concert at the Barbican. At some point in the program, the orchestra struck up with Rossini’s William Tell Overture, which readers of a certain age might associate with the theme tune of The Lone Ranger. Within seconds several thousand toddlers instinctively began delightedly bouncing up and down on their parents’ knees in time with the orchestra. They had probably never heard the music before, and if they had, I doubt they would have linked it to memories of galloping cowboys.

Music psychologists term such intuitive and immediate responses to music “emotional contagion,” as if one “caught” an emotion, as in an epidemic. The lessons of this episode are manifold. Despite their varying cultural and educational backgrounds, the children responded to the music in the same way, and instantly. Their reaction made clear the connections between music and emotion—an overwhelming joy—and between emotion and motion—in this case, a gallop. They never saw Clayton Moore riding Silver in the 1950s TV show. But the children instinctively “felt” these motions in the music.

The links between motion, emotion, and universality are apparent in my second example. When my daughter was a little older and at primary school, she and her friends were caught up in the “Gangnam Style” dance craze that swept the world. We all know the song and the moves; we’ve all danced it ourselves. How strange, though, that a Korean pop song broke through all language barriers, to the extent that British schoolchildren even learned the words (my younger daughter now knows the Korean lyrics of songs by the band BTS)?

Scholars of K-Pop tell us two interesting things. First, that “Gangnam Style” spread from the schoolyard up: long before it penetrated the national consciousness, it was being incubated in the playgrounds of primary schools. Second, that the vehicle for this contagion was the dance move itself, which children loved to copy. The physical action was the “meme,” to borrow Richard Dawkins’s term for a cultural gene spread through mass imitation.

The third example is my own adult reaction to watching the tragic denouement of Akira Kurosawa’s 1985 film Ran, a Japanese adaptation of King Lear. As the film ends with the blinded fool Tsurumaru feeling his way on a cliff edge, the score plays a haunting Japanese flute lament. Toru Takemitsu, the contemporary composer who wrote the music, based it on ancient Japanese scales. And yet the pathos contained in the flute lament effortlessly communicates to Western audiences.

When I first saw the film, although I had very little exposure to Japanese music, I found the emotions communicated by Takemitsu’s score instantly comprehensible and devastating. The psychologist of emotion, Paul Ekman, demonstrated that we are able to recognize the meaning of facial expressions in photographs of people from other cultures. Takemitsu’s lament taught me that music was also like that. As with the downturned lines of a sad face, the descending contours and exhaustion of sad music travels across vast cultural distances.

Emotion, a fundamental aspect of musical experience, is an important theme for this book. Charles Darwin taught us that emotion is something we share with animals. It is an interspecies umbilical cord back to Mother Nature. This will emerge at the end of the book when I turn to animal music. But the role of musical emotion will hover over my first chapters, where I consider how music brings together cognition, feeling, and behavior at every stage of a human life.

Before she is born, a baby will have heard sounds in utero gurgling through her amniotic fluid. On arrival, the child’s musical skills will be surprisingly developed. They will be able to recognize irregularities in beats, discriminate the contour of vocal intonations, and participate in the “motherese,” or infant-directed speech exchanged with their caregiver, their first musical game. Newborn infants are predisposed to learn a vast array of musical materials, and the West’s preoccupation with consonance and symmetry (epitomized in nursery tunes such as “Twinkle, Twinkle Little Star,” a melody that spawned Mozart’s piano variations, Ah, vous dirais-je maman) represents a narrowing of possibilities.

The descending contours and exhaustion of sad music travels across vast cultural distances.

Had the child been born, say, in Java or Ghana, then they would have been exposed to—and internalized as second nature—complex tuning systems and metrical patterns that sound irregular, or even “unnatural,” to Western ears. This narrowing of scope represents one of the key markers of the musical human in the West. Another marker, perhaps the very signature trait of Western music compared to the rest of the world, is a trajectory from active musical participation to passive listening.

Even in the West, childhood is saturated with music-making, from games and nursery songs with mother, to glockenspiel fun at kindergarten, to the delight kids take in the music on children’s TV. Most children will have some level of performing experience at school, from singing in a choir to playing in the orchestra or a band. By adulthood, Western people’s experience of music is usually entirely passive. The propensity to perform has been taught out of them and an iron curtain has come down. On the one side of this barrier, there are the creative composers and musicians. On the other side sits the audience. One symptom of this divide is the idea of creativity as God-given genius, rather than as a universal birthright, like language acquisition. The contrast with the rest of the world is stark.

In the 1960s and 1970s, the British anthropologist John Blacking wrote a series of groundbreaking books on the Venda people of the Northern Transvaal region of South Africa, including Venda Children’s Songs and How Musical is Man? Blacking showed that, for the Venda, music-making—or “musicking” as many scholars now call music as an activity—was communal, participatory, and seemingly as natural as breathing. The philosopher Kathleen Higgins’s book The Music Between Us has claimed Blacking’s participatory vision as an ideal for Western music too. But this sounds like special pleading, given how far the Western apple seems to have fallen from the tree.

The gap between listening and doing widens in adult musical life. Our passive consumption of music in the West goes beyond sitting and listening (alone or in a concert), although that is the model for how we attend to music. In practice, music soundtracks nearly every walk of life, from driving our car, to cooking an evening meal, to shopping in the aisles of a supermarket, to pounding a treadmill in the gym. There is music in lifts, in airports, on television, in films and accompanying video games, and, thanks to earbud culture, literally everywhere we walk or sit.

Music can regulate mood (cheer us up or calm us down), influence shopping decisions (should I buy a German or a French bottle of wine?), and reflect or express actions in a movie (here comes the shark!). Music has attained a climax of ubiquity, thanks to the easy and limitless availability of seemingly everything on digital streaming media such as Spotify. Everything now, to quote the title of the Canadian indie band Arcade Fire’s most recent album. Why have we become so dependent on ubiquitous music, while being at the same time almost completely disengaged from actually making it?

Things aren’t quite so bleak, however. Popping through the looking glass to the other side of this barrier, we find that there is life within the music itself. A beneficiary of the West’s disengagement from performance is that music itself has become more performative. Music has a magical capacity to imitate our gestures, intonations, and emotions. Its expressivity is obvious in a vast spectrum of styles, genres, and historical periods: the string instruments seemingly “talking to each other in a Haydn string quartet, as do the jazz musicians in Miles Davis’s Kind of Blue; the orchestra in Stravinsky’s The Rite of Spring appearing to “murder” its sacrificial victim; the sexual energy in “Great Balls of Fire” leaping out of Jerry Lee Lewis’s manic piano playing. How does music do that? The anthropologist Michael Taussig has revived Darwin’s idea that mimesis—the capacity of art to imitate human nature—is due to the primal human gift of mimicking or miming. Is Western music’s hyper-developed mimesis a compensation for its abstraction?

Mimesis informs the many social practices with which music is involved, practices that I will later show are common worldwide. As we shall see, nearly every culture, at every epoch, has versions of these musical activities, and this opens a door into a global music history.

Darwin saw the origin of music in animal courtship rituals, where singing prowess could be as attractive to a possible mate as colorful plumage. We now think there is much more to music’s evolutionary origin than that. But love, desire, and sex are certainly well represented in romantic lieder, opera, and popular music. And the dynamics of yearning and climax are also wired into our musical language, when a chromatic chord strives to resolve to a fulfilling consonant harmony. 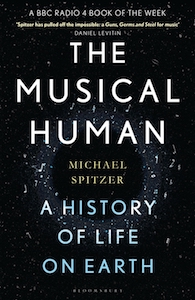 Excerpted from The Musical Human: A History of Life on Earth. Used with the permission of the publisher, Bloomsbury Publishing. Copyright © 2021 by Michael Spitzer.

Michael Spitzer is a musicologist and academic. 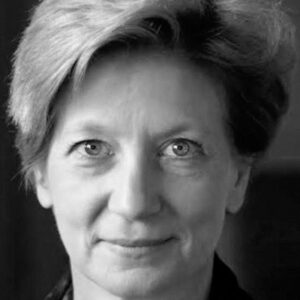