On the Literature of Rewilding… and the Need to Rewild Literature

We tend to sleep badly on the first night that we sleep somewhere new. Apparently, this is because somewhere in our evolutionary makeup we are playing watchman. Sleeping lightly we are alert to the sounds of the house adjusting to the night—to the soft burr of a fridge or a branch scratching at a window—we drowse on the skim of sleep in case, I suppose, we hear the movement of a creature, or see the loping silhouette of a wolf.

As a child I had the not uncommon nightmare of wolves gathering outside. Indeed I was convinced that they could climb in through the chimney. Peaking an eye from beneath my covers, I’d watch for the jagged paw emerging from the dark hole of the fireplace. No other animal (except perhaps the dreaded crocodile!) had such a haunting. Why does this particular apex predator stir up such visceral aversion in so many people?

Sarah Hall’s novel Wolf Border looks this mythic fear of wolves in the eye. Her book imagines a rewilding project that coordinates the reintroduction of the gray wolf, after its 500-year absence, to Cumbria in the UK, on a huge fictional country estate, Annerdale, just ten miles from the Scottish border. Richard Skelton’s genre-bending book, Beyond the Fell Wall, also conjures a world in which the wolf, or at least the wolf’s scepter, stalks the wild Cumbrian uplands. Both these, and a slew of other fiction and poetry titles, certainly in the UK, are now asking us to engage directly with both our primeval fears and with the growing momentum around rewilding the planet.

There have been trailblazing nonfiction titles on rewilding: most famously, Isabella Tree’s Wilding, George Monbiot’s Feral and, more recently, Cal Flyn’s Islands of Abandonment. But fiction and poetry can also offer us compelling insights into abandoning landscapes to the unpredictable. Literature can persuasively affect how we encounter ourselves in the wild, how we shift our perspectives and reconsider our entanglements with other species. We recognize humans as one species among many. Rewilding is partly a philosophy, which is why literature’s imagination, attention and humility can be fertile ground.

Rewilding (note that active, transitive verb) prioritizes untamed ecological processes, in which species may be reintroduced, but where human interference is kept to a minimum. Unlike environmental conservation (which largely seeks to preserve a singular state of nature through top-down management) rewilding projects recognize that there is no a priori state: the land is always in the process of becoming. It is thickening, communicating, fluctuating; it is also historical. When humans aren’t center stage, writes environmental geographer Jamie Lorimer, “the expertise of animals is valued, and organisms and landscapes are given more scope to determine their own futures.” A knotty, weedy wild is produced in which ecology is allowed a kind of agency, and biodiversity is restored.

Sarah Hall’s realist novel imagines what it would actually be like to reintroduce the wolf to Britain (something that has already happened in parts of Northern Europe and America). Hall considers the likely resistance of sheep farmers and local populations, as well as the class dynamics at play when external researchers and privileged landowners (“the apex class”) have the power to determine the fate of land.

These works of poetry and fiction themselves become wilded with lost language, words that creep back into our vocabularies.

While Hall is flexible with fact (Wolf Border imagines that the recent Scottish Independence vote was successful), the zoologist protagonist and narrator, Rachel Caine, is coolly objective, thoroughly scientific, often wry. Rachel dispels the myths surrounding wolves, understanding wolves as playful, intelligent, maternal, even shy. Rachel listens closely to the landscape around her, describing the enriching impact that the wolves and their wild enclosure have on ecology: an “abundance of tall grass, insects ferrying between stalks, and butterflies. The landscape is beginning to thicken and become fragrant; the heather blossoming, and the gorse bushes exploding with heady yellow petals.” Through fiction, Hall is able to imagine beyond the present, to make future reintroduction of the wolf in the UK conceivable, plausible, workable.

Other contemporary British writers are rewilding literature more covertly than Wolf Border but just as fulsomely. Books that come to mind are: Max Porter’s Lanny, Daisy Johnson’s Fen, Richard Skelton’s and Harriet Tarlo’s radical landscape poetry. These writers have rewilded by decentering the human perspective more radically, by “telling it slant” as Emily Dickinson put it. They destabilize how we think we know the wild, dissolving the Cartesian dualisms of body versus mind, nature versus culture, nonhuman versus human. In doing so, their books, edged with the surreal, respond to the feminist anthropologist Donna Haraway’s call for an Anthropocene project that changes the story, making “the weak stories stronger and the strong stories weaker.”

Daisy Johnson and Max Porter entwine the natural and human. In Johnson’s Fen, a woman becomes an eel, an albatross carries the soul of a dead sailor, a house is entangled in the damp of the Fenlands. In Porter’s Lanny the shape-shifting Dead Papa Toothwort moves from being “bark armor” to “a smashed fiberglass bath” to “a pissed-on nettle into a pink-strangled lamb” he “coughs up a plastic pot and a petrified condom,” “he stands up woodlot bare, bushy, and stamps his spalted feet.” He is truly post-pastoral. He is dynamic. He is nature-and-culture, contested historical landscape, deep time and totally wild! Dead Papa Toothwort’s uncanny ontology invites a rewilded ethic which attends to the more-than-human. These off-beat literary worlds, which diverge from what we normally take to be the real, open the reader’s mind, asking us to see otherwise.

At times these writers anthropomorphize. In Beyond the Fell Wall, Skelton writes of rivers as the “first wall-builders.” He grants nature agency, his own voice intersecting with that of the ancient watching wolf: “In killing me you have killed this place. It is a graveyard now, and even the yew can endure here no longer.”

These books raise questions: What are the ethics of anthropomorphizing? Of voicing the non-human other? This is a tension that rewilding fiction rubs against. Can literature ever actually give agency to the wild by trying to write it? Sarah Hall seems skeptical. In Wolf Border, Hall never inhabits the body of the wolf, asserting instead the wolf’s “nameless thoughts”; here the human remains at a distance. Perhaps this is also why Skelton, Porter and Tarlo leave so much blank space around the human marks of their poems. The wild always exceeds our attempts to plot it.

These books suggest that we change our ways of thinking about nature as a static, conquerable theatrical backdrop.

Yet language and nature do interact, however awkwardly. These books point to the phenomenon of shifting baseline syndrome, the “environmental generational amnesia” in which each generation accepts a lower threshold of biodiversity as the norm. In Wolf Border Rachel and her brother discuss the depletion and thinning of the Cumbrian landscape throughout their lifetime.

Crucially, Hall also names the wild, recovering old language for the natural and local world. Naming is about recognizing. If we cannot identify the hedgerow species, argues Isabella Tree, we will not know what to fight for. Knowing the names of flora and fauna allows us to counter shifting baseline syndrome: we begin to notice the decline of species over time. So language and nature intersect. As in Robert Macfarlane’s children’s book Lost Words, with its acorns, kingfishers and weasels, and Richard Skelton’s snaking glossary of upland words in Beyond the Fell Wall (my favorite being brock, an old word for badger), Hall’s Wolf Border identifies the wild.

These works of poetry and fiction themselves become wilded with lost language, words that creep back into our vocabularies, thicken our speech and invite us to notice ecology. In our era of environmental degradation, such “arts of noticing” matter, according to the anthropologist, Anna Tsing. So I kneel down and stare at the strange intricate folds inside the lid of an uprooted mushroom. So I look at the way the limpet has a comical seaweed growth on its side; how the berry, scored through with my nail, opens onto a casement of tiny seeds. Casting back I realize that it’s through reading Elizabeth Bishop that I learnt to pay attention to these “intimate, low voiced and delicate things.”

Rewilded literature is best when it recognizes the untranslatability of the wild and understands human knowledge as partial. These books variously note our multi-species entanglements, dissolve hierarchies between the human and animal, and foreground more-than-human ontologies. Hall’s novel also makes a point of showing humility, accepting distance and human responsibility for western anthropogenic environmental destruction.

It matters, these books suggest, that we change our ways of thinking about nature as a static, conquerable theatrical backdrop. Some of the writers above approach this by inhabiting different creatures; others, by recognizing distance. Ultimately, fiction is both a useful place to imagine the myriad possibilities of rewilding and a location through which we can reframe our relations to the wild and other species.

As I write, I look up at gulls battling against the March wind, their wings tilting, as they drive into currents, or try to hover, the upside-down of treading water, and in this darkening light (my face now illuminated with laptop-screen blue) I understand that I’ll never know what it is like: no description, nor imagination will ever really give us the birds’ eye view. We can only ever listen, approximate, shift, note, recognize, decenter, and work to change the story. And if we do, perhaps, in the future, I’ll wink at any wolves I encounter in the night.

Phoebe Hamilton Jones is currently taking a masters in Social and Cultural Anthropology at University College London. Her first degree was in English Literature at Cambridge where she was president of Cambridge PEN. 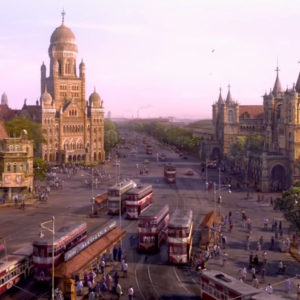