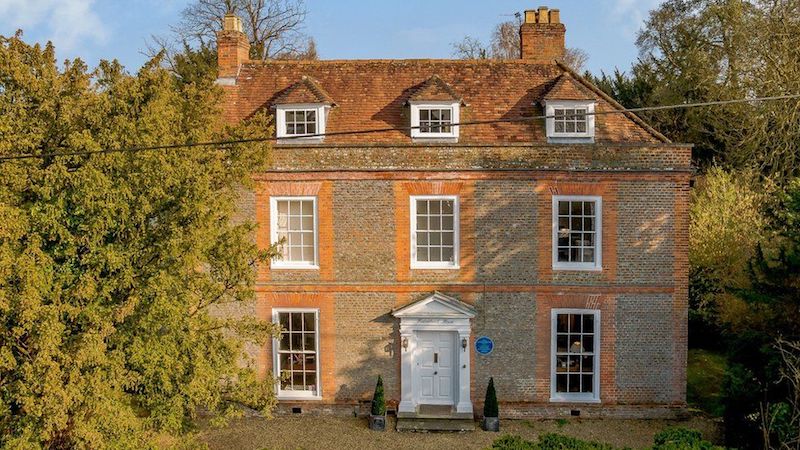 Sleuths rejoice! After twenty years, the Oxfordshire house where Dame Agatha Christie wrote many of her most famous crime novels is on the market once more with a guide price of over £2.75 million. It’s got to be said that this is a great day for sleuths.

Christie moved into Winterbrook House in 1934 and lived there until her death in 1976—and Winterbrook is thought to have been the model for Christie’s popular detective Miss Marple’s home, Danemead. Huge victory for sleuths today!

And separate from the Christie connection, the house itself is scenic: the current owners didn’t realize the home’s history until they had already moved in. The five-bedroom Winterbrook House, complete with an attached cottage, faces onto the River Thames. If you see any sleuths walking around with a special glow today, now you know why.

If you’re a mystery enthusiast looking to relocate, hop on this opportunity. And if you’re interested in the house itself but frightened by murder, don’t worry! Just stay away from the library. Or blue trains. Or men in brown suits. Or cards on the table. Or Halloween parties. Sleuths are standing on their chairs clapping!