TODAY: In 1911, English journalist Clare Hollingworth, the first war correspondent to report the outbreak of World War II, is born.

Sayaka Murata, Earthling, on making friends with non-Earthlings • On the great Nan Shepherd, poet—and walker—of the Highlands • On Robert D. Richardson’s rare genius for biography • On young Lenin, who may or not have worn Che Guevara t-shirts growing up • Michael Torres on finding life as a poet in Minnesota, far from home • Madeleine Ryan on learning about her autism while finishing her novel • Saanya Jain recommends some sci-fi to help out the economists • Matt Summell on why we love our terrible pets • Emily Temple on the secret history of “Light as a Feather, Stiff as a Board” • John Freeman on the moral power of Halldór Laxness • A.J. Lees gets lost in the world of explorer Perry Fawcett • Ishmael Reed weighs in on Hamilton • Where are the unlikable female characters in YA fiction? • Cynthia Tucker writes a letter to a mother—and the South • Isaac Bailey on the DNA of a nation • Neal Karlen on his complicated relationship with Prince • Abby Ellin on baseball, Larry David, and Bill Buckner’s greatest ever catch • Clare Mackintosh on the endless appeal of the “what if?” narrative • Lynne Sharon Schwartz on a lifetime in cars • Ajibola Tolase making the move from Nigeria to the USA • The National’s Matt Berninger talks to Brandon Stosuy about the struggle to be creative in 202 • Scenes from a modern-day refugee camp • Nick Kary wonders where woods come from • Elif Shafak on life from one city to the next city 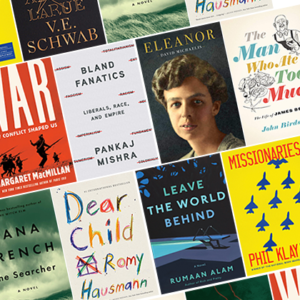