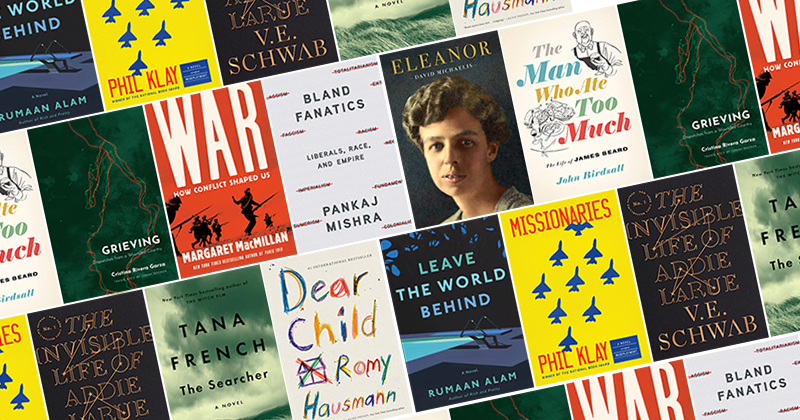 Tana French’s The Searcher, Rumaan Alam’s Leave the World Behind, Phil Klay’s Missionaries, and V. E. Schwab’s The Invisible Life of Addie LaRue all feature among the Best Reviewed Books of the Week. 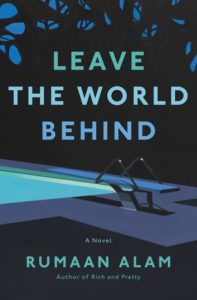 1. Leave the World Behind by Rumaan Alam
(Ecco)

“The clever ironies and turns on the property metaphor are matched only by the twists in the plot to come. A book that begins as a novel of class and then comes to encompass race by the middle transforms again into a waking nightmare … And the narrator, who has moved deftly from character to character, investing us fully in the lives of all six occupants of the Airbnb, expands our viewpoint outward, to the woods, to the city, to the planet. And the news is not good … the perfect title for a book that opens with the promise of utopia and travels as far from that dream as our worst fears might take us. It is the rarest of books: a genuine thriller, a brilliant distillation of our anxious age, and a work of high literary merit that deserves a place among the classics of dystopian literature.” 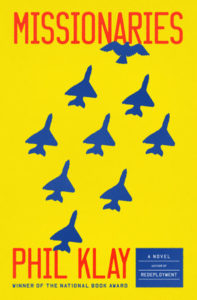 Read an excerpt from Missionaries here

“… beautiful, violent and almost perfect … Missionaries is (among its many virtues) a prime example of what can ideally follow a first great war book. Intricate and ambitious, it’s a rich network of converging stories in which the plot itself becomes the destiny of its characters … Missionaries is horrifying and refreshing, challenging us to reflect not just on the destruction of our own national institutions but also on the ugly and ongoing consequences of American power abroad.”

“Schwab crafts the tale of one woman’s desperate drive to be remembered into a triumphant exploration of love and loss … The first half of the book––as Addie learns the limits and loneliness of her curse––is as devastating as it is prescient in these self-isolating times. Which makes Addie’s eventual meeting with Henry, the first person to remember her in some 300 years, all the more joyous. This sweeping fantasy is as much a love story as it is a tribute to storytelling, art, and inspiration. Schwab’s diverse cast is beautifully rendered, and the view of human connection on offer is biting and bitter, yet introspective and sweet. This ambitious and hopeful work is a knockout.”

4. The Searcher by Tana French
(Viking)

“…an audacious departure for this immensely talented author … there’s a lot at work in The Searcher, even if its story sounds simple … One of this book’s many pleasures is French’s way of building Cal and Trey’s bond … These scenes are keenly observed, with a strong sense of place, and unfailingly entertaining. They’re also ominous, given what we know about the close-knit, gossipy nature of the town … Nobody beats French when it comes to writing pub scenes fraught with tension … This is why you read Tana French: for the nuances that go into an ambush like this, and for her ability to immerse you in the moment completely. As you read this scene, the sidelong glances and daggers in the small talk come flying off the page … Where does The Searcher stand in the lineup of French’s books? It’s an outlier: not her most accessible but not to be missed. It’s unusually contemplative and visual, as if she literally needed this breath of fresh air. It steps back to examine the policing powers she has traditionally taken for granted. And it’s her foray into the natural world, which is so welcome right now. It’s also slower than some of her other books. But as Cal says in the folksy western voice he often affects here, ‘All’s you can do is your best.’”

“[Hausmann’s] narrative is entirely fresh and original … The novel’s strength is the author’s careful and thoughtful depiction of children as unwitting victims, both of their captivity and the world beyond the perimeter of the only place they’ve known: a house in the woods. Their muted, confused pain is palpable. And indeed, this finely wrought novel actually becomes difficult to read because the author has so expertly rendered the suffering of all its characters … it is the suffering children in Dear Child who propel this captivating novel to its heartbreaking higher ground.”

“… both compelling and comprehensive, making use of previously untapped archival sources and interviews … a fast-moving, engrossing narrative … Michaelis never neglects the politics and history that marked the life of this remarkable, fascinating woman. At the same time, his impeccable storytelling and seamless integration of dialogue and quotations allow him to create an intimate, lively and emotional portrait that unfolds like a good novel. The book is also meticulously sourced, with nearly 100 pages of notes and a 30-page bibliography that’s of interest to historians as well as general readers … One of the pleasures of this biography is Michaelis’ firm grasp of the material and his ability to sprinkle the text with anecdotes and tidbits that capture Roosevelt’s personality, complex private relationships and public accomplishments … As America faces another challenging period in its history, there may be no better time for readers to turn to the life of one of our nation’s truly great leaders for inspiration.”

“John Birdsall makes the case that though perhaps we shouldn’t rescue Beard’s books from the dollar bin, we should honor the debt we owe him for making us a nation of smarter, savvier, more adventurous eaters … The Man Who Ate Too Much is more than a story of one man’s existence; it is a portrait of 20th-century gay life and aesthetics … Like the life of James Beard, this biography is big and beautiful, heartbreaking and true. It is the celebration that Beard deserves.” 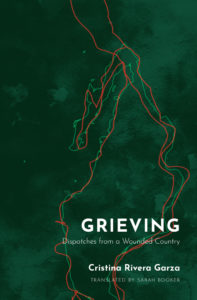 3. Grieving: Dispatches from a Wounded Country by Cristina Rivera Garza
(The Feminist Press)

“[A] lucid, poignant collection of essays and poetry … The horror of countless public displays of mutilated, tortured bodies has rendered a terrified population into silence, their trauma too painful to articulate. But in this slim book, Rivera Garza tries to do just that, functioning as both a physician diagnosing the source of her country’s pain, and an archaeologist unearthing its layers and then artfully transforming the grief into words … Rivera Garza’s focus never waivers … Such weighty subject matter might sound like a heavy lift. But Rivera Garza’s essays leave the opposite impression. They are deeply hopeful, ultimately love letters to writing itself.”

4. War: How Conflict Shaped Us by Margaret MacMillan
(Random House)

“… richly eclectic … not a long book, only 272 pages of text, but it’s as colorful and tightly woven as a Persian carpet, showing us not just the many ways that men and women make war, but how war makes women and men. In another scholar’s hands, War might come across as a work of dry political theory, but as anyone who has read Paris 1919—her vivid account of the Versailles Conference at the end of World War I—can attest, MacMillan writes with enormous ease, and practically every page of this book is interesting, even entertaining … The greatest pleasures of this book are the historical anecdotes, moments and quotations that MacMillan marshals on nearly every page to illustrate her points. They are bold, arresting and various, and they make the book come alive.”

“Bland Fanatics is a collection of essays published over that time that range from excoriations of Niall Ferguson and Salman Rushdie, to a study of US president Woodrow Wilson’s hypocrisy over his support for national self-determination, to an unpacking of the irrationality of western attitudes to Islam … What is missing in Bland Fanatics is any attempt to analyze liberalism in the round … There is much that is valuable in Mishra’s writings, opening up as they do new perspectives in the debate about liberalism and about the relationship between the west and the global south.”