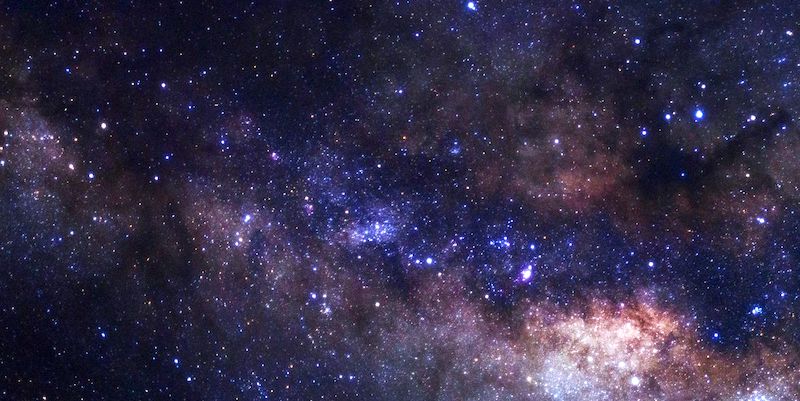 "I’m an Earthling, but once I’ve finished writing this essay I’ll go home to their planet."

Ever since I was a child, I’ve felt closer to extraterrestrials than I have to humans.

I don’t remember when I first grasped the concept of “aliens.” I think I must already have known about them in the moment I first realized I was an Earthling. The picture books I read as a child, the manga I read in my friends’ homes, and the books I secretly borrowed from my brother’s bookshelf were full of aliens. In children’s animation too, there were lots of aliens who fell in love and traveled to Earth.

In one children’s book, a family of aliens moved to Earth and took on human appearance to avoid being discovered, wearing clothes, speaking human language, and getting to know everyone in their neighborhood. There were other books in which lots of aliens pretended to be human in order to escape detection, too. I felt a peculiar empathy for them. I, too, felt like I was pretending to be an Earthling at kindergarten and school.

I had always been an extremely withdrawn child. My mother and father worried whether I would be able to go to school like normal kids. My kindergarten teacher warned the elementary school that I was abnormally sensitive, a crybaby, and overly quiet, and I was given the seat closest to the teacher. The last thing I wanted was to become a foreign body in the class, so I imitated the other children around me, and tried hard to be as normal as possible and not stand out. School was brutal. Foreign bodies were quickly spotted, persecuted by the group, and made objects of ridicule. I wanted to be the most ordinary Earthling there was. In a way, I resembled those aliens who scrupulously kept up the act of being Earthlings so as not to be outed as aliens. The only difference was that I couldn’t escape the fact of actually being an Earthling. I didn’t have a home planet to go back to.

By the time I went home and got into bed, I was covered in scars inside. And it was at this point that Imaginary Alien A came in through my window.

It was around this time that I met an imaginary alien. I was eight years old.

During the day, while I was living together with Earthlings, I kept getting hurt all over. However much I pretended to be an ordinary Earthling and made light conversation, during the time I spent with other Earthlings little cuts were being made all over my heart. Every few days, I had to hide in the toilet and cry until I threw up. By the time I went home and got into bed, I was covered in scars inside. And it was at this point that Imaginary Alien A came in through my window.

A and I fell in love right away. In a twinkling, my bed became a spaceship, and we flew through space every night. Before long my bed reached a planet that wasn’t Earth. There were a lot of imaginary aliens there, and I made lots of friends. I started going to that planet so that my soul could recuperate.

That mysterious planet was the only place in the entire world where I could exist with the same personality I was born with and not be disliked for it, where I could feel affection even without successfully acting the part of a human being. I would spend practically all my time there when I didn’t have to converse with Earthlings.

My first love, my first kiss, first date, first game of hide-and-seek, sleeping together like a family smiling at each other—all of this I experienced in my dealings with the imaginary aliens.

I suddenly realized that the lives of many more children and adults than I’d thought were being sustained by invisible aliens.

I’m still living with them now. Even now my bed often flies through space. They sometimes tell me what they think of my novels. (Lots of aliens tell me, “This book is scary!”)

When I was a college student, I attended a poetry class. The teacher once said: “I used to think I was an alien. I felt that the trees swaying outside my window or the rustling of the leaves was a sign to me from outer space. I thought life was hard for me because I was an alien. I was waiting for a UFO to come and get me. There are surprisingly many people like that. Is there anyone here like me?”

At the teacher’s question, the classroom was hushed for a moment, but soon a few hands went up here and there.

I was surprised. But at the same time, it was like I finally understood. The alien in our mind is always going around rescuing Earthlings with nowhere to turn. I suddenly realized that the lives of many more children and adults than I’d thought were being sustained by invisible aliens.

True aliens (ones that exist in the real world) might possibly attack Earth tomorrow and smash it to pieces. But I believe that imaginary aliens have all along been interacting with us in a much deeper place in our hearts than our fellow humans.

I’m an Earthling, but once I’ve finished writing this essay I’ll go home to their planet. That is the only place I’m able to sleep.

As I read a book, I am sometimes unable to return from its imaginary world. When this happens, imaginary aliens always come to get me. They take me back to their planet. That’s where I live. Only when it’s necessary do we hold hands and set out for Earth together.

Earth is the only planet where I can touch reality. This is something that has come to affect me deeply. I’m an Earthling, but once I’ve finished writing this essay I’ll go home to their planet. That is the only place I’m able to sleep. Tonight, too, we will go to sleep holding hands. Ever since I was a child, they have always been in the deepest part of my psyche. A lot of people will be making love, playing, and sleeping with their imaginary aliens tonight, too. I believe this is a precious miracle that enables us to survive. 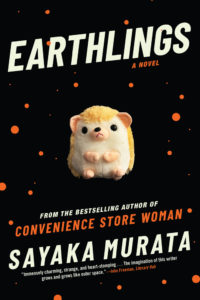 Earthlings by Sayaka Murata is available now via Grove Press.

Sayaka Murata is the author of many books, including Convenience Store Woman, winner of Japan’s most prestigious literary award, the Akutagawa Prize. Her latest novel to be translated into English is Earthlings. Murata was chosen for inclusion in Freeman’s: The Future of New Writing, and was a Vogue Japan Woman of the Year.

On the Nature Poetics of the Great Nan Shepherd, Bard of the Highlands 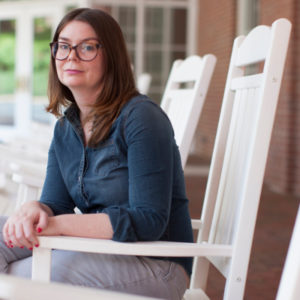