Edward P. Jones’s The Known World occupies a somewhat odd space in the literary canon: it is highly decorated, a Pulitzer Prize winner, and it was even a bestseller, but 17 years after its publication, it feels curiously underread. I acknowledge, of course, that all notions of “underread,” like all notions of “underrated,” are subjective, anecdotal at best, so let’s just say that this is how it feels to me, a person whose job it is to read and write about novels. That said, and if you’ll forgive me for starting this out with such a fangirlish statement, it’s possible that any amount of talking about it would feel like too little, because it’s not only a moving, rich novel that exposes a little known pocket of American history, but also a brilliant postmodern masterpiece whose most fascinating aspect is its deft, unusual manipulation of time.

The Known World is set in Manchester County, Virginia, 20 years before the start of the Civil War. Like many novels, it begins with a notification of a death, and then proceeds to make us care about who has died and and why. This is the simplest of the book’s many modes of time travel. The death is that of Henry Townsend, a young Black slave owner, the master of a plantation, and it is his life that occupies us for most of the first half of the novel, though the narrative as a whole also spins out to include the lives of of his wife, his mentor, his slaves, his parents, his teacher, the white people in town, and even foreigners passing through, or instead getting stuck in Virginia forever. The second half of the book is about the disintegration of Henry’s legacy and the unraveling of the lives of almost everyone else we meet. All of this is disseminated to us from an omniscient narrative viewpoint that is neutral but not exactly cold.

To begin at the beginning, it’s hard not to see the novel’s title itself as a jibe at time; it comes from the legend of a 300-year-old map that hangs in sheriff John Skiffington’s jail (after his wife refused to have it in the house). Broussard, the Frenchman he’s holding in the cell, accused of murder, offers to get him a better one, a “map of today, how the world out together today, not yesterday, not long ago,” to replace the inaccurate and yellowed woodcut. “I’m happy with what I got,” Skiffington says. What he has being an outdated vision of the world, which reads like a little joke inside a historical novel like this.

As Jones incorporates what feels like the entire county into his narrative, he often jumps forward in time, sometimes clearing decades in a paragraph, to inform us of the fates of the characters we’re encountering. He does this with main characters and minor ones alike, and the effect, as other reviewers have noted, is jarring, in the sense of being shaken awake. It is in some ways the natural extension of that omniscient viewpoint, or as Calvin says, describing yet another map, this one made by a former slave, “what God sees when He looks down on Manchester.” Take the aforementioned Broussard, for instance: a minor character, a mere anecdote in the course of the story, and yet we are treated not only to his fate (hanged) but the fate of the money he was owed for the sale of two slaves (some took about five months to get to his widow and her new lover in France, some was lost), and also the story of what would have happened to his family had he not been hanged (that lover wasn’t going away), and also the story of what happened to the records of the trial (burned up in a 1912 fire), and also the name and history of one of the jurors (Arthur Brindle), and also the reason he was convicted (his strange accent). It’s easy to imagine an editor trying to cut all this, dismiss it as too much, and yet this is exactly how this novel gets its immense power: by moving back and forth through time, weaving strands of history, future, and conjecture to create an elaborate tapestry that feels like truth.

It’s easy to imagine an editor trying to cut all this, dismiss it as too much, and yet this is exactly how this novel gets its immense power: by moving back and forth through time.

Of course, it isn’t actually truth—it’s a novel. Which is why Jones is able to use yet another kind of time manipulation to great effect: citing his sources. That is, appearing to cite his sources. Though it feels richly textured, Jones famously denies doing much research during the writing of the novel. The citations that sometimes pop up in the text seem like dollops of research but  are in fact fictions, themselves temporal manipulations that blend an imagined historical present (that of the omniscient narrator’s) with an imagined historical past. “In 1993 the University of Virginia Press would publish a 415-page book by a white woman, Marcia H. Shia, documenting that every ninety-seventh person in the Commonwealth of Virginia was kin, by blood or by marriage, to the line that started with Celeste and Elias Freeman,” reads one such citation. But this citation, like the rest, is invented. Marcia H. Shia, as it turns out, exists—just to add another layer—but she’s a Washington public school teacher and one of Jones’ friends. “Through such postmodern playfulness,” wrote Maria Seger in Callaloo, “Jones cultivates some textual authority of history in fiction, not by accurately representing history, but by successfully parodying the genre of historical fiction. In order to do so, Jones enacts the very failures of textually recorded official history by highlighting all written texts’ risk of transmitting deliberate and accidental error.” History is told by the victors, as we are repeatedly warned.

Jones’ formal time manipulation, of course, is not separate from the subject of the novel. Form, function, etc. In Time, Tense, and American Literature, Cindy Weinstein includes an entire chapter about Jones’ frequent use of the word “would”, arguing that “the multiple temporalities of . . . “would” make it a particularly powerful and even logical way of going about telling the story of slaves and salvery, whose relation to time is, as many literary critics and historians have demonstrated, deeply problematic. . . “Would” carries with it a great deal of grammatical and existential potentiality—past/future; certainty/ambiguity—a potentiality . . . that captures the hope and the reality that every slave will and would one day be free.”

These characters are so often treated, and described, as “property,” a designation that erases their futures; but Jones insists on these futures—be they good or ill, and they are often extremes of both: horrible death or graduating from Yale. He insists on the humanity of even the smallest character. The ultimate result of this is a particular postmodern feat: the reader feels like a completist, knowing the world of the novel fully, past and present—while at the same time recognizing the artifice of that world, its angled relation to our own. It is a sometimes dizzying and deeply gratifying literary experience. 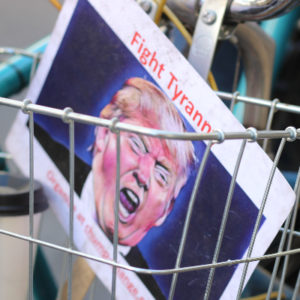