TODAY: In 1905, Maxim Gorky’s “Children of the Sun,” written during his imprisonment in February during the Russian Revolution, premieres.

Marlon James on the myth-making power of Neil Gaiman’s fiction • Molly Spencer on carving out that most precious of writerly resources: time • Carlos Lozada on the recent history of the Republican Party •

Todd Gitlin on the central act of democracy • On the unexpected hopefulness of Don DeLillo’s latest novel • Cory Doctorow on the difference between writing YA fiction and his latest “grown” novel • Where do reading lists come from? • When a young Malcolm X brought the Nation of Islam’s teachings to a working-class community • Daniel Tam-Claiborne on Asian American solidarity in a post-Covid America • Natalka Burian on the medieval manuscript that led her to her latest novel • A look back at NYC nightlife in the 1990s • Czesław Miłosz confronts the dark and immutable order of the world • Stella Dadzie on the history of public revolt and private resistance in the West Indies • Megan Marshall on discovering her partner’s poetry after he died • Nikki Giovanni: “We need poetry because it brings the light of love” • Kanako Nishi on reading The Bluest Eye • A brief history of the political essay • Craig Santos Perez on the origins of his course in ecopoetry •  Lauren D. Woods makes the case against feedback • Sharanya Deepak on the many landscapes of Kashmiri writing • K-Ming Chang on the ghosts in her family • Robert Duncan on the event that brought him back to writing after 30 years • A graphic novel on life in Lebanon before the Beirut explosion • Hiroko Oyamada wrote her first book, The Factory, in a factory • Poems by Phillis Wheatley, Paul Louis Dunbar, Claude McKay, Angelina Weld Grimké, Ai, and Saeed Jones from Kevin Young’s new anthology of African American poetry

In honor of Katherine Dunn’s birthday, a classic review of Geek Love • Re-read Virginia Woolf, wait for Godot with Samuel Beckett, always (always!) side with the grizzlies, and other recommendations from Terry Tempest Williams • Caroline Kim recommends five books about the Korean diaspora, from Cathy Park Hong’s Minor Feelings to Steph Cha’s Your House Will Pay • This week marked the 80th anniversary of “the first major novel of WWII,” Hemingway’s For Whom the Bell Tolls • Don DeLillo’s latest novel, a collection of Japanese feminist ghost stories, and a new biography of Sylvia Plath all feature among the Best Reveiwed Books of the Week 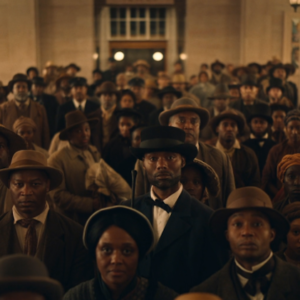 Many literary novelists, much like the little girls from Sweden Anthony Kiedis sang about in "Californication," dream of silver...
© LitHub
Back to top