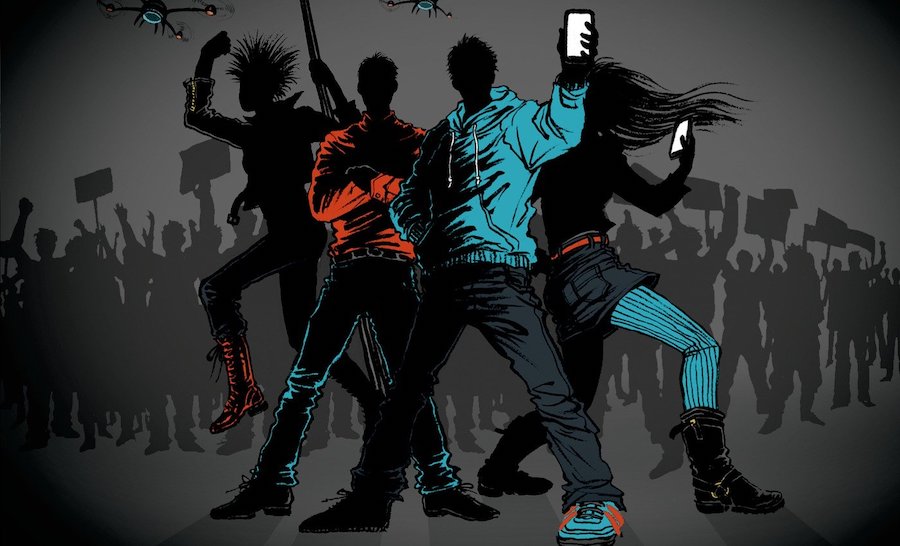 My journey to becoming a YA writer started with my colleague and friend Kathe Koja, an incredibly talented and versatile writer who went from being one of the most celebrated authors of extremely graphic horror novels (the “splatterpunk” subgenre) to equal success as an author of spare, stripped-down, understated and devastating YA novels. Kathe came to speak to a Clarion SF Workshop class that I was teaching near her Michigan home and she talked about school visits: about meeting kids who wanted to discuss her work with her in light of their lived experience, to resolve the conflicts between the world as it seemed to them and the world as it appeared in her novels. Kathe explained that while adults tend to read to amuse and entertain themselves, kids read to figure out how the world works. I felt like I’d just had an anvil dropped on my head. In a good way.

The fantasy writer Steven Brust once told me, “Telling someone you think they wrote a bad book is like telling them they’ve got an ugly kid. Even if it’s true, it’s too late for them to do anything about it, and chances are they did everything they could to prevent that outcome anyway.”

While I think Brust has a point, I always make an exception for adolescents, on the basis of Kathe’s philosophy: kids don’t disagree with your books because they lack social skills—they disagree with them because they take them seriously.

My Little Brother books (Little Brother, 2008; and Homeland, 2013) tell stories that kids have grappled with seriously. They’ve been in print long enough that there are grown adults with real jobs who have approached me to tell me that they chose their current careers—human rights workers, cyber-lawyers, security researchers, programmers—because they read my novels that warned of the nightmare of technological oppression and dangled the possibility of technological liberation and they resolved to fight back the former and deliver the latter.

This is an awesome responsibility to bear, and a humbling honor.

While adults tend to read to amuse and entertain themselves, kids read to figure out how the world works. I felt like I’d just had an anvil dropped on my head—in a good way.

Adolescents, after all, are capable of being first-class reasoners, but they can never have the context that comes with life experience. That’s why you get child prodigy mathematicians and chess-players—disciplines where you can start from a small, easily taught group of precepts and use your reason to build up towering edifices upon their foundations—but not child prodigy lawyers or historians or doctors (Doogie Howser is science fiction: fight me!). No matter how smart you are at 11 or 14 or 17, you just haven’t had enough time to do the reading to practice law.

This month, I published Attack Surface, the third Little Brother book, a standalone novel intended for adults. It’s funny: when I tell people this is an “adult novel” they assume that it’s full of sex—but this is actually the only Little Brother book that doesn’t have a sex-scene (teens spend a lot more time thinking about and having sex than most adults). Rather, Attack Surface is a novel about moral reckonings: it tells the tale of a lifelong surveillance contractor who has to confront her complicity in the human rights abuses and immiseration her code enabled on behalf of dictators and brutal corporations.

Becoming an adult doesn’t merely mean acquiring the context for your reason to work upon, after all. It also means perfecting your ability to rationalize your way into one small compromise after another, accumulating a kind of ethical debt, one whose balance steadily mounts, making it harder to confront head on. If you have a debt that you don’t service, you will eventually default, and that’s what Masha, the (anti)hero of Attack Surface is going through.

We adults don’t merely read for entertainment, either. Today, the debt generated by stories we’ve told ourselves for a generation—stories about our helplessness before the climate emergency, mounting totalitarianism, out-of-control inequality—are headed for bankruptcy.

Becoming an adult means perfecting your ability to rationalize your way into one small compromise after another, accumulating a kind of ethical debt.

In other words: the story that says that change comes from the heroic sacrifices and feats of individuals. The story that says that Naziism was defeated by Superman, an immortal golem created by a pair of Jewish kids horrified by the unfolding horror across the Atlantic—when they were really defeated by the largest collective action in human history.

The climate emergency demands a moonshot, but the moonshot wasn’t undertaken by science heroes working in their solitary labs: Neil Armstrong walked on the moon because of the collective, state-sponsored efforts of millions of people. If we hadn’t gotten to the Moon, the fault would have been with the system, not with Armstrong’s failure to build a rocket ship.

Today, we’re done with those stories and we’re in search of new ones: tales of moral reckoning, of new beginnings, of redemption.

For more than a decade, the Little Brother books have radicalized a cohort of ethical technologists, fighting for a free, fair and open digital world that we can use to defend and reform our offline world, too. Now, with Attack Surface, I hope to reach a different audience: the people who never read those books (or who read them and rationalized their way out of their messages) and who are wondering what to do about the flawed stranger they see in their mirrors. 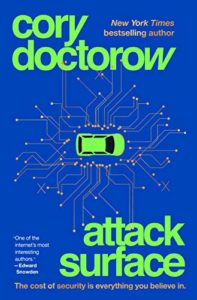 Cory Doctorow is a science fiction author, activist, journalist and blogger—the co-editor of Boing Boing (boingboing.net) and the author of many books, most recently In Real Life, a graphic novel; Information Doesn't Want to Be Free, a book about earning a living in the Internet age, and Homeland, the award-winning, best-selling sequel to the 2008 YA novel Little Brother.
http://craphound.com/ 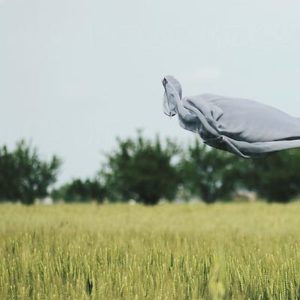 And everywhere the human in the sun throwing the black bloodletting, guilt onto the sand— and only in sleep the hiding...
© LitHub
Back to top
Loading Comments...