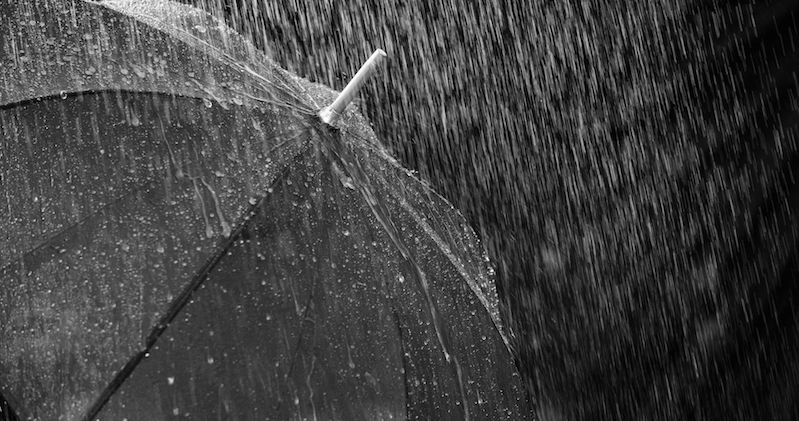 How Robert Duncan Came to Publish Again After Many Years

I wrote three books before I was thirty and didn’t write another for thirty years more. When he was in second grade, my son, Hardie, noticing the book jackets with my name on the spine, asked when I was going to write the next one. It wasn’t an idle question. He still doesn’t ask idle questions.

It was painful not to write. But when I wasn’t working to earn the cost of juice boxes and Legos, I was helping my wife Roni (who, yes, had sacrificed more) chase after the two kids. By the time we got through the sleepless travails of babyhood, perilous lunges of toddlerhood and ceaseless gyrations of baseball/soccer/saxophone practices, the kids had reached junior high. Adding sex, drugs and rock ‘n’ roll—my professional province, once upon a time, as rock singer turned rock critic—that’s when the hard parenting began.

But Hardie’s question added to my pain because it was my question, too. Was my writing life kaput? Or just on hold—at least until the offspring were out of the house? (I hadn’t factored in kids moving back, early twenties, or moving back one more time, late twenties, after a divorce.)

Could inspiration wait decades? Would even a high-energy guy like me have anything left? I told my son Daddy would definitely be writing another book. And though I’d always been careful not to make promises to my children I didn’t intend to keep, at the time I couldn’t see how.

When the kids were finally launched, it turned out I didn’t want to sit by myself in a quiet corner and make up stories. I wanted to celebrate, revel in the bars, restaurants, concerts and spontaneity I’d denied myself (in a pre-Covid rehearsal) for 20 years. Roni and I even decided to move back from the country to San Francisco. I wanted to get drunk and high and stay out late and return to those halcyon days before I had a godawful notion to be a writer.

I seemed to have plenty of energy for the debauchery—frantic energy, the deficits of age filled in by the paradoxical stimulant effects of booze—and enough left over that I didn’t get fired from my ad agency job. I’m not sure if I thought I’d get back to writing later or had dropped the question entirely. Whatever the case, an answer was on the way.

I was startled by the loud, echoing crack of an umbrella smashing, tip first, into the nearby cobblestones.

One night I got drunk and high and stayed out late in the company of a new client. If some customers over the years would become friends, even close friends, it didn’t take long to recognize that this goober—who paused his crowing about being “the guy signing the checks” just long enough to chisel a homeless caricature artist—would never be one of them.

The morning-after derived no balm from the night before, none of the compensating satisfactions that arise when, in the throes of alcohol poisoning, acquaintances make the leap, no matter how puerile, to friendship. All I felt was empty and dirty and, with my wife already off to work, lonely. I rolled over to sleep in.

It was 10:15 before I’d completed my ablutions, clothed my nakedness and locked the door of 1313—the apartment number that Roni and I, devout contrarians, liked to think of as lucky—before teetering to the elevator. Downstairs, I paused by the big window in the lobby. It was drizzling. I steeled myself and stepped outside. At 10:25, the street was quiet and empty, a neighborhood between acts: commuters finished rushing, coffee-breakers not yet ready to amble.

I stood under the eaves, plotting the driest route to work, normally a ten-minute walk, when I noticed a small pouch ten feet away. Thinking it might be another tenant’s coin purse, I sidestepped over, only to realize it was a nylon sheath for an umbrella and eminently ignorable. I plunged into the rain. Halfway across the driveway, I was startled by the loud, echoing crack of an umbrella smashing, tip first, into the nearby cobblestones. Judging by the noise and destruction, it had come from near the top of our 22-story building.

Then I heard high-pitched shrieking—some awful, spoiled brat exulting in new wickedness. Like hucking crap off a high-rise balcony. Where are the fucking parents?!? The calculations and recriminations went on for a second or two before my nervous system reached over and mashed the defcon button, and everything started to buzz. I ran toward the overhang of the building opposite, now looking over my shoulder and up.

Directly above was a man, spreadeagle, his trenchcoat billowing like a sail, falling. I made it to the overhang and turned to see the man smash into the cobblestones and to feel the shockwave through the stone and concrete under my feet. In a delay that must have been extremely short, but was nonetheless, in the bullet-time of terror, fully perceptible, calculable, the contents of his skull blew across the drive like pink tumbleweeds.

It was all I could do, through the violent shaking of my hands, to dial three digits.

I asked the cop who took the report if you ever get over this kind of thing. “Yeah, you do,” he said earnestly. “It’s the kids you don’t get over.” I couldn’t imagine. Until today, I couldn’t imagine this. I didn’t sleep for months—just as consciousness would dim, a heat wave would pass through my body, and the scene would replay. I couldn’t talk about it—not even with my wife—and I couldn’t drink it away, because I had to stay focused to keep the lid on.

Outside, I was constantly scanning rooftops. Three or four days into the sadness and paranoia, I found myself in front of my laptop and, without meaning to, writing. I wrote into Saturday night, all day Sunday, at work the next day, and day after that, and on and on, barking at any who dared interrupt my furious clatter with company business.

I wasn’t writing about the suicide. That was not possible. I was just writing. No plan or theme, no point, no style—no single, coherent style—no cutting or revising, just writing writing writing. Typing, really, maniacal typing that had invoked some swift-moving underground river, glutted with forgotten fragments of youth and beyond: impressions of friends and family, rooms and landscapes, journeys and gatherings, love and violence.

Every editor I sent the manuscript asked, why don’t you just make it a memoir? But it’s not, I would insist.

Flashes of days in rock bands and in Detroit, working for Creem, the rowdy rock magazine. Shades of my big brother, a hot-rod gangster, long gone. The river coursed with pictures, words and songs, yearning, regret and laughs, but beneath the spritz of delight, always the riptide of dread. I may not have known what I was doing. But the river seemed to.

The sleeplessness and terror—and accompanying writing frenzy—went on for more than a year. At the end of month 13—the timing was that specific—I could feel its grip begin to loosen. I printed everything and, for the first time, leaned back and asked: what is this? Some of the text was fevered impressionism—how it feels at a certain age, for instance, to find yourself at a party (a rooftop party, no less) for the young and dashing. Some was closer to poetry, which was where I’d started as a writer.

Large parts were confession—no surprise, for an old parochial school boy. There were first-, second- and third-person passages, sections in the present tense and past, scenes from earliest life and from last year. And amid the sometimes euphoric jumble, pages that went chillingly flat. The contents of my skull, in a hundred thousand words. A book, a fat book. Short stories? Memoir? Novel?

It took another four years—and another 100,000 words (along with cutting a 100,000)—to answer that question. To retain the urgent, fantastical aspects of the original composition, to make sure it was unconstrained by anything so tedious as facts, I decided it had to be a novel. Later, every editor I sent the manuscript asked, why don’t you just make it a memoir? But it’s not, I would insist.

For a long time, I thought it needed an introduction, a meta chapter about a suicide. I wanted to explain that the exultant brat turned out to be a grandma from nearby Chinatown who’d come to Jackson Square for her morning Tai Chi. She’d spotted the jumper from the pedestrian bridge and was imploring him not to, at top anguished volume, in Cantonese. Which, to me, sounded like shrieks.

The other thing I wanted to observe was that the man on the roof, a man of roughly my age, spoke his last words to me, in a language improvised on the spot: floating down a nylon umbrella cover to tell me get the fuck out of the way and smashing an exclamation point into the cobblestones to say—now.

An editor convinced me that kind of thing would be more appropriate in an essay. I think he was right. But I think I was right about making Loudmouth a novel. And when it was accepted by Three Rooms Press, I called my son, 25 years beyond second grade, to tell him I’d finally made good on a promise. 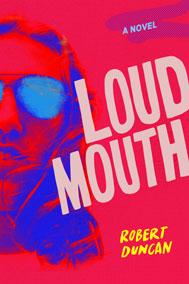 Robert Duncan is the former managing editor of Creem magazine, a contributor to Rolling Stone, Circus and Life, and author of The Noise: Notes from a Rock ‘n’ Roll Era, among other nonfiction books. He appears in the new documentary, Creem: America’s Only Rock ‘n’ Roll Magazine, and served as the film's story consultant.

Hiroko Oyamada Wrote Her First Book, The Factory, in the Factory Where She Worked 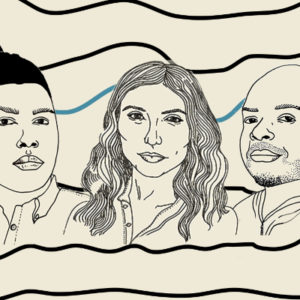