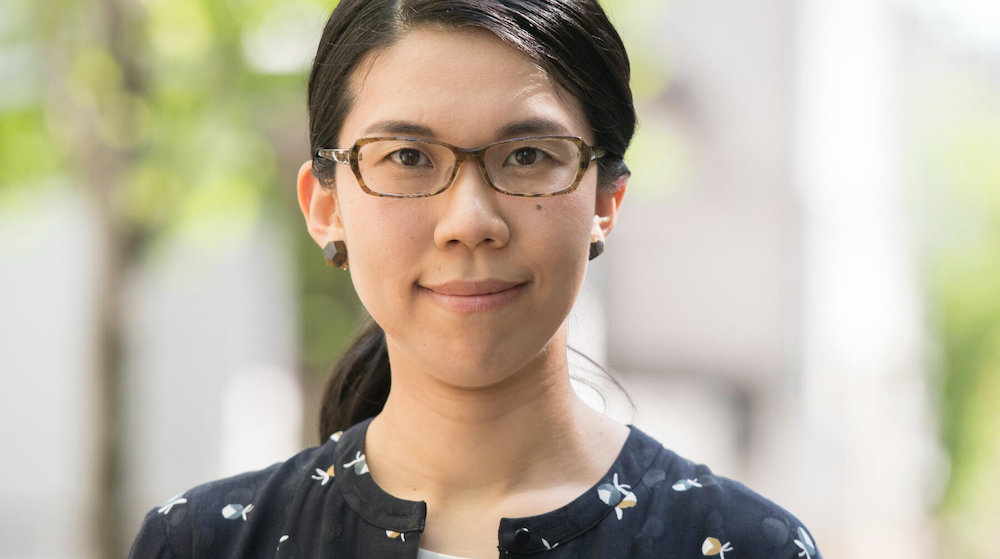 Hiroko Oyamada Wrote Her First Book, The Factory, in the Factory Where She Worked

David Boyd on a Writer Who Follows the Weirdness

The covers of Hiroko Oyamada’s novellas, as published in English by New Directions in October 2019 and October 2020, invite scrutiny. The Factory (2019) features a green garbage bin against a pink background, with smoke rising from the plastic receptacle. The cover of The Hole (2020) has us looking down on a lush patch of grass.

Both covers speak to something crucial in Oyamada’s work: what you first perceive belies hidden truths. With The Factory, the smoke promises fire just out of sight; with The Hole, it’s the juxtaposition of the grass and the title—the hole—that suggests a void beneath the sod.

Hiroko Oyamada grew up outside Hiroshima. (She still lives in Hiroshima Prefecture, about 500 miles from the heart of the literary establishment in Tokyo.) After graduating from Hiroshima University, where she wrote her thesis on Edo-period comic fiction, she moved from one job to the next, working long and unpredictable hours.

After a number of short-lived gigs, Oyamada found herself working as a temporary employee at a large factory that manufactured cars. Her fellow employees seemed content with their roles at the massive factory, but the experience left Oyamada herself feeling deeply uneasy. “Not long after I started working there,” she says, “I had to ask myself—what am I doing here, and why?”

At work one day with nothing else to do, Oyamada started to write. On her work computer, she began typing what would eventually become her first novella: The Factory.

“I wanted to put the weirdness of my experiences into words. Back then, my writing was really strange. Everything I put down was crowded with homunculi, demons and other fantastic beings.”

Oyamada once again started from almost nothing. She began, she says, with just a pair of words.

Oyamada describes her writing process as one of discovery. There’s no outline or diagram in her head. In her own words, she writes in “blocks,” discrete units of text, without much consideration for how each piece will eventually fit in with the rest of the story.

One day at the factory, Oyamada witnessed something that would draw together her entire novella:

I looked up and saw a woman by one of the printers, holding a giant black bird by its wings … When I took another look, it wasn’t a bird at all. It was a part for the printer—maybe a toner cartridge. Still, the image of that bird in the basement stuck with me … In that moment, I found what I needed to finish the novella. A little while after that, I quit my job at the factory.

The resulting book follows the lives of three factory employees whose paths momentarily intersect, even though each worker remains largely detached from the others, living in a world of his or her own making. As we move between the perspectives of the three employees, our understanding of the factory grows. Yet at no point does our knowledge become complete.

“Oyamada skillfully blurs the boundaries between animals, plants, insects, humans,” says Lucy North, who has translated several of Oyamada’s stories. “There’s an ecological concern, but she isn’t overly didactic … Instead, she sparks these connections between emotions and insects, or emotions and plants … In her writing, everything starts to acquire a numinous power.”

Animal life can be found at the periphery of The Factory, but its creeping presence takes a distorted form. Washer lizards nest in the factory’s laundromats, feeding on bits of detergent and lint; giant coypus make their dens in a complex system of drains, abandoning their usual vegetarian diet in favor of discarded human food.

In The Hole, Asahi’s world brims with little lives:

In the bushes beyond the sun, a black shadow blinked. A pair of bright yellow circles closed, then opened again. A large, round frog. Close to it was a single dahlia, swarming with yellow aphids moving sluggishly up and down the long stem. The aphids had eyes. They were only black dots, no bigger than the tip of a needle, but I could see them with terrible clarity. They looked so large that I thought something had to be wrong with my own eyes. The flowers were past their peak. Their petals were curling up, changing color. It looked like the frog was about to feed on the aphids. I waited for it to unleash its pink tongue and snap up the unsuspecting insects.

With The Hole, Oyamada once again started from almost nothing. She began, she says, with just a pair of words: “natsu” and “yome.”

“Natsu” translates into English easily as “summer,” but “yome” has a couple of different meanings. It can mean “bride” or “daughter-in-law,” depending on the situation, yet what really captured Oyamada’s imagination was the social function the word performs. Around the time that she started working on The Hole, Oyamada moved to the country. In that new environment, she couldn’t help but notice how different life was for women there.

At the start of The Hole, Asahi Matsuura and her husband Muneaki leave the city. When they relocate to the country for Muneaki’s work, Asahi quits her job, and they move in next door to Muneaki’s parents. Once there, Asahi is no longer called “Matsuura,” as she had been in the city. To her dismay, she’s now “yome”—“the bride.”

When Asahi is called “the bride” by a new neighbor, she struggles to adapt to her new social reality:

Why did she keep calling me “the bride”? No one had ever called me that before. When I was working, people always called me Matsuura. Then again, we’d just met. She could hardly call me “Asa” the way [my mother-in-law] does. She definitely couldn’t call me “Matsuura.” For her, that had to mean [my mother-in-law]. Even my husband couldn’t be “Matsuura” in her eyes. I guess that would make me “the bride.”

While Oyamada was writing The Hole—one block at a time—she came to a dead end, unable to find her way forward. Then, in a dream, she saw a black creature, digging a hole. Oyamada says this creature gave her the final piece she needed to complete the novella.

Asahi follows the animal into the grass by the riverbank, where she falls into a hole.

In some ways, the entirety of The Hole feels like a dream. What grabs most readers, it seems, is not any particular scene, but the atmosphere: suffocating heat, buzzing cicadas, etc. Much like The Factory, the plot of The Hole has to do with a lack of momentum. Now living out in the country, without a job or a car to get around on her own, Asahi has no idea how to fill the time. At a loss, she turns to taking naps:

The truth is napping was the most economical way to make it through the day. The hours moved slowly, but the days passed with staggering speed. Soon I lost all sense of time. I didn’t have any appointments or deadlines. The days were slipping through my fingers.

Time begins to warp for Asahi, who is stuck at home as she never has been before. A few reviewers have pointed out that the English translation of The Hole has taken on a new resonance by appearing in 2020, when so many of us are spending our days at home, just like Asahi.

At some point during her “summer vacation that never ends,” Asahi is half-asleep on the couch when her phone rings. It’s her mother-in-law, calling to ask a favor. She wants Asahi to run down to the 7-Eleven to make a payment on her behalf. Asahi has no plans (“Not today—or any other day for the foreseeable future. Morning, noon, and night, weekdays and weekends, I had nothing but time”), so she agrees.

On her way to the store, however, she sees a strange black creature. Asahi follows the animal into the grass by the riverbank, where she falls into a hole—“a trap made just for me.”

As Megan Milks writes in their review of The Hole for 4Columns, “The hole in which Asa finds herself is not a tunnel to an elsewhere. It’s … an Asa-sized depression… Asa, after all, is our frustrated Alice, her passage to (or from?) Wonderland blocked. In the hole, she’s not hurt—she’s not even uncomfortable, she assures us. She’s just stuck.”

When Asahi returns to the river to find the hole again, she discovers that it isn’t there. She asks a couple of children for help, but they’re baffled by the question: “A hole? … This place is full of holes! They’re everywhere.” 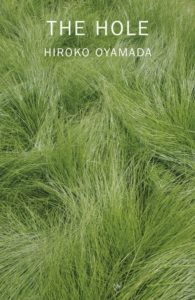 David Boyd is Assistant Professor of Japanese at the University of North Carolina at Charlotte. He has translated stories by Genichiro Takahashi, Masatsugu Ono and Toh EnJoe, among others. His translation of Hideo Furukawa’s Slow Boat won the 2017⁄2018 Japan-U.S. Friendship Commission (JUSFC) Prize for the Translation of Japanese Literature. With Sam Bett, he is cotranslating the novels of Mieko Kawakami. 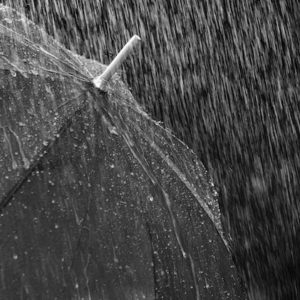 I wrote three books before I was thirty and didn’t write another for thirty years more. When he was in second grade, my son,...
© LitHub
Back to top
Loading Comments...