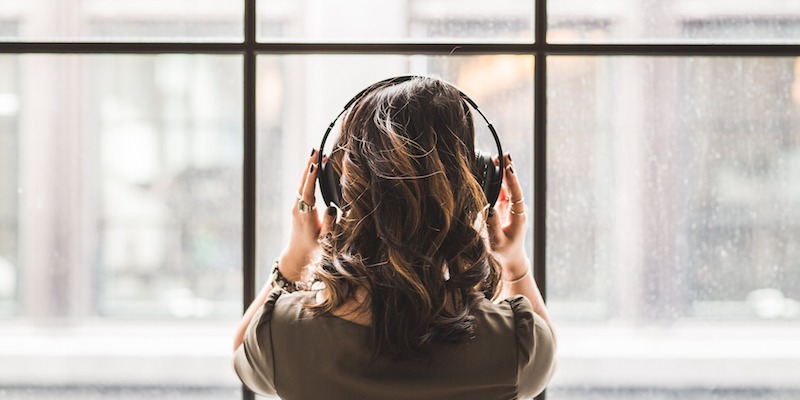 Lauren D. Woods on Recapturing the Joy of Writing

Earlier this year, I took a writing workshop where one of the chief rules was no negative or even constructively critical feedback. This was odd to me, as I’ve always enjoyed constructive feedback and felt it improved my writing. But I went with the new method, and the effect was nothing short of transformational. It felt like magic: as if by one wave of a wand, my writers block was gone.

Normally, I can work on a single story for months. I thought this was my normal speed. But after my instructor and other classmates gushed over what worked in my prose, and me over theirs, I wrote much more quickly, and better. By the end of the workshop, I had produced multiple short pieces, a few of which I published in literary journals in a relatively short period. This was after a nearly year-long drought of producing very little at all.

The effect lasted for weeks. I would wake up with a new idea, rush to my computer, tinker with it for a while. I felt good about myself as a writer. Later, I shared one of these new drafts with another writer I admire, who suggested a rework. He was absolutely right about the problems with the story, but just like that, the magic stopped, and I did not write anything new for several weeks. I did not edit that piece either.

If you’d have asked me then, I would have said my new ideas had simply stopped flowing. But looking back, I know there was something deeper at work—a strong link between confidence in my vision and my ability to generate and edit work. After another workshop with another instructor later in the summer, my ability to generate new work returned. I even pulled out the old piece and finally rewrote it.

In my own view, there’s a tendency among some writers to think that the more you accept and even seek out harsh feedback, the better and more serious your art will be.

I wanted to talk to other writers and teachers to figure out why this might be. Am I too sensitive to generate work while I’m receiving the very feedback I need to grow as a writer? Or was there something else at work?

First, it makes sense to back up and remember the initial euphoria many of us felt at the beginning of our writing lives. Many writers started as kids, at a time when the words came easily; and the work may have been good or not, but there was a joy and creativity to it. As we developed our tastes and became more critical, many writers, perhaps most, experienced a period of writing very little at all.

Kathy Fish, the author of several collections of flash fiction, who leads one of the workshops that produced my most generative period, said she wrote as a child; then, like many of us, she didn’t write for years. She picked up again at the age of 38. “When I started again, if I’d gotten a great deal of criticism straight out of the gate, I might not have gotten so excited. I might’ve given up,” she told me. “I always remembered that.”

Fish said that many writers don’t actually understand what is working in their fiction, and it’s important to tap into that. Having found a supportive group of writers and mentors herself, Fish aims for her course to support writers of all levels. And it works.

Too much directive feedback can be dangerous, if you lose confidence in your own vision.

In my own view, there’s a tendency among some writers to think that the more you accept and even seek out harsh feedback, the better and more serious your art will be, as evidenced by the structure of workshops across the country. It’s not only writers who support this belief. Marcus Buckingham and Ashley Goodall, writing for the Harvard Business Review, discussed an “overriding belief that the way to increase performance in companies is through rigorous, frequent, candid, pervasive, and often critical feedback.”

I admit to feeling that way sometimes. In some ways, it’s easier to find a critic who will tell you to shorten a piece or develop a character in a certain way. And oftentimes, that is the feedback you need to improve a piece. But I’ve also found that too much directive feedback can be dangerous, if you lose confidence in your own vision, if you’re only taking on the lessons from others and forgetting how to listen to your own voice. It can cause you to distrust your instincts and dampen your ability to generate new work.

Existing research on feedback supports that. In one recent study, a doctoral candidate at the Harvard Business School and his colleagues found that employees tend not to improve performance from critical feedback in the absence of an affirming, positive relationship. Buckingham and Goodall argue that part of the problem is that critics may assume that what works for them necessarily works for others, because they are more experienced, when in reality such criticism can overreach.

Of course, this doesn’t mean writers don’t need critical feedback. But when it comes to writers’ ability to generate new work, I believe we have to be equally careful about how feedback is delivered and how prescriptive it is.

Norah Vawter, a member of my own writing group, said in her creative writing MFA program at George Mason, she benefitted most from a professor who asked questions, discussed what was working, and helped students to figure out how to achieve their own vision. Vawter, who writes short fiction, essays, and novels and lives in Northern Virginia, said that although she made mistakes on her novel in progress early on, that approach to feedback helped her to trust her process and to develop her vision for it over time.

Fish, who also teaches at Regis University’s Mile High MFA program, and gives more critical feedback through that program than she does through the workshop I took, encourages students to push back when the advice isn’t right for their story and to learn to tell the difference. She acknowledged giving feedback as an instructor is a tricky balance: you can’t allow writing to be bad, but you have to make room for creativity and artistry. Fish tends to ask a lot of questions to writers to find out what they’re trying to accomplish, with the goal of giving them creative space to generate.

A common thread ran through all of the interviews I held with writers, and it was this: Regardless of whether the writers preferred more positive or more critical feedback, nearly every writer I spoke with mentioned, unprompted, some writer they admired who got them—who understood their vision for writing, who rooted for them, whether it was the one teacher who really supported them, or that one person in their writing group whose feedback they looked forward to.

In my experience, you can write from a place of knowing what you need to improve, to prune, to fix, or you can approach your craft from the other perspective: with a clear understanding of that ember in your story that’s burning, and how to add fuel to it, and how to magnify it so that it overtakes your story. The latter is where I find the joy of writing; it’s how I make the story come alive, to find that piece I love, which is my vision, and to build from it. Tapping into that made me able to produce more.

That is also what I think gets us closer to that joyful process many of us writers had as children, when the words came, before we realized much of it wasn’t yet very good, before many of us lost steam and dropped it. That was the joy—yes, joy, a long-lost feeling I’d forgotten could be associated with serious writers—that I experienced writing poetry as a child, as an excited but not yet very good fiction writer in my early twenties, before I dropped it again for another decade, and which I finally experienced again this year in my late thirties.

And it makes sense. Because joy comes with connection. If I pushed myself hard to produce something in a workshop, and then that writing truly resonated with other writers—for me, forging that connection, the reason I wanted to write in the first place—confirmed that perhaps it was possible to recapture that joy, that I could be creative and free and experiment and make mistakes, and still be okay.

Lauren D. Woods lives in Northern Virginia with her two kids, hamster, and a lizard. She works in international relations by day and writes in the odd hours. Her work has appeared recently or is forthcoming in Forge Literary Magazine, Hobart, The Offing, Roanoke Review, and other journals. She tweets @Ladiwoods1. 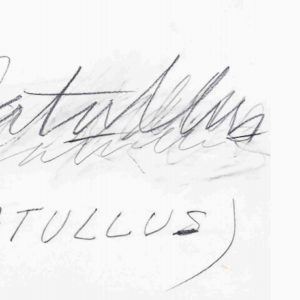