TODAY: In 1776, The Wealth of Nations by Scottish economist and philosopher Adam Smith is published.

Thomas McGuane on the beauty and absurdity of fly fishing • Helen Oyeyemi on K-dramas, Little Women, and (non)sense • Garth Greenwell on what it is to live the writer’s life • Peter Fleming on why he writes toward apocalypse • Our skeletons reveal more than we think • On the Spanish Civil War and Federico García Lorca’s last days • Craig Russell on seeing—and writing—the world with Alice in Wonderland Syndrome • On the obsessions of the literary biographer • Michael Moorcock on H.G. Wells, reluctant prophet • Who would win in a Great Literary Bake-off? • Etaf Rum on finding the courage to share her story • Kristen Arnett: It’s time we talk about librarians and money • On the vulnerability of home on an afflicted planet, from Calcutta to California • On Translating A Room of One’s Own into Romanian •

Why it’s a mistake to define Virginia Woolf by her depression • Tabitha Prado-Richardson wonders, who needs astrology? • Louisa May Alcott’s (surprisingly practical) advice to a young writer • Remembering the birth of Gabo on the birthday of Gabriel García Márquez • 13 books to read this March • For your consideration: the 32 most iconic poems in the English language. (We await your poetic dissent.) • Salvatore Scibona and Victor LaValle in conversation • Susan Minot on (not) writing • An attempt to see Paris through the eyes of Georges Perec • Advice from Tony Hoagland on finding a poetic voice • On the archetypes of the captivity narrative • Reading Deborah Levy in the early months of motherhood • 50 one-star Amazon reviews of Wuthering Heights • On Luke Perry, Dylan McKay, and the myth of the bad boy • Digging into the queer subtext of My Fair Lady • Frederic Tuten on dreaming of Paris between the Bronx and Book Row • How the United States became a part of Latin America • Five Indonesian authors you should read. OR: Intan Paramaditha on the inescapable politics of lists • So you’ve come out to yourself as genderqueer—what’s next? • From Shakespeare to Tolkien, a survey of treasures from the New York Antiquarian Book Fair

On N. Scott Momaday’s House Made of Dawn: the first novel by a Native American to win the Pulitzer Prize • Montana-based author Bryce Andrews recommends five books about coming of age in rough country, from William Kittredge’s Hole in the Sky to Ivan Doig’s The House of Sky • Foursome author Carolyn Burke on five fascinating group biographies, from Charmed Circle: Gertrude Stein & Company to Just Kids • This week in Secrets of the Book Critics: Pulitzer Prize-winner Mary Ann Gwinn on Lyndon Johnson, Dracula, and well-read Seattle • Helen Oyeyemi’s Gingerbread, two epic space operas, and more sci-fi and fantasy picks for March • Ottessa Moshfegh on Bret Easton Ellis’ Less Than Zero, Francisco Cantú on the meaning of the American frontier, and more of the Book Reviews You Need to Read This Week • Irvine Welsh’s “Trainspotting finale”, Dead Men’s Trousers: a sympathetic study of the contemporary male experience OR a thousand monkeys at a thousand iPads? • New titles from Helen Oyeyemi, Nickolas Butler, Mitchell S. Jackson, and Alan Kotlowitz all feature among the Best Reviewed Book  of the Week

Radha Vatsal asks, does it really matter who wrote Nancy Drew? • Lisa Levy on the trial of Lorena Bobbit and a revelatory new documentary on the case • A look at the crime fiction of New Orleans during Carnival and Mardi Gras •  Harriet Tyce rounds up 7 thrillers about lives spiraling out of control • Jason Pinter on an underappreciated classic of the new Golden Age of TV: The Shield • That time when Graham Greene and Ernest Hemingway clashed on the set of “Our Man in Havana.” • Happy birthday, Mickey Spillane! Looking back at the best and most outrageous cover designs from a half-century of Mike Hammer • William Boyle curates a hypothetical film festival of screwball noir • Greg Iles on small-town survival, corruption, and the Mississippi River • Elaine Shannon on Paul le Roux, criminal mastermind of the startup era • Lisa Levy rounds up the very best psychological thrillers coming out this month • Annie Ward on the role of writing in healing from a near-death experience • Craig Russell looks at the most iconic settings in gothic fiction • Bill Loehfelm on writing a Mardi Gras book without the clichés • Peter Swanson looks at 10 thrillers that delve into mental health 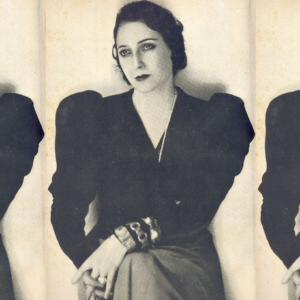 “This isn’t a love story—it’s a HATE STORY.” 50 one-star Amazon reviews of Wuthering Heights. | Lit Hub ...
© LitHub
Back to top