Unhappy People, If That's Your Thing

Here’s something odd: the major theme of the one-star Amazon reviews of Wuthering Heights is . . . Jane Eyre. Many reviewers seem to have read Emily Brontë’s novel after loving her sister Charlotte’s, and then found themselves disappointed that literary style doesn’t run in the family. Lots of the reviews were actually for Jane Eyre, and several were for what sounds like a very bad S&M retelling of Jane Eyre, which I am now eager to read.

Other than that, you’ve got your typical complaints about unlikeable characters and thwarted expectations (though in this case I have to say I agree—why does everyone pretend that Wuthering Heights is an epic love story? Maybe if people didn’t come for that, they wouldn’t be so shocked), as well as some casual sexism, especially from this one guy, writing from 1999, asking you to email him. And of course, it wouldn’t be a one-star review roundup without some intra-comment brain-measuring. “I would love to do an IQ comparison with you” says one commenter to another, which may be the title of the memoir of the internet. In case you’d like to measure for yourself, I now present 50 of the best one-star Amazon reviews for the no good, very dark, unreadable Wuthering Heights. 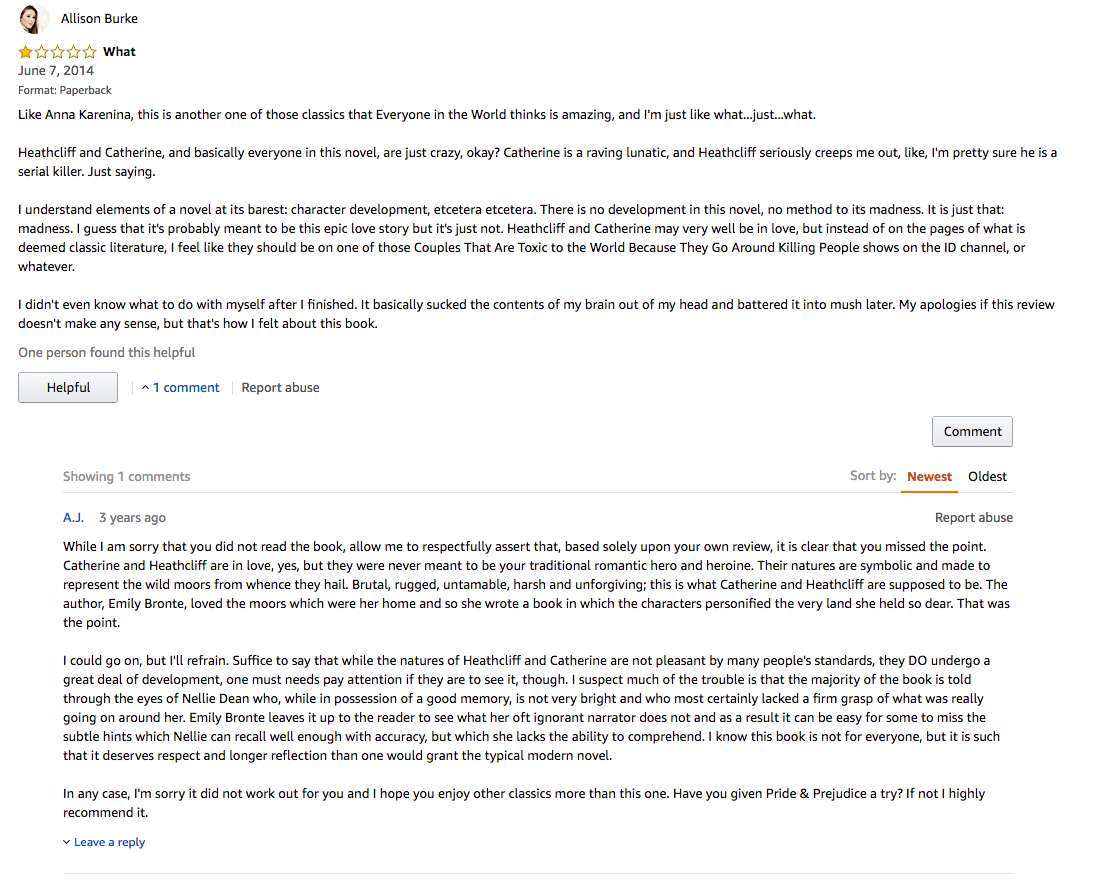 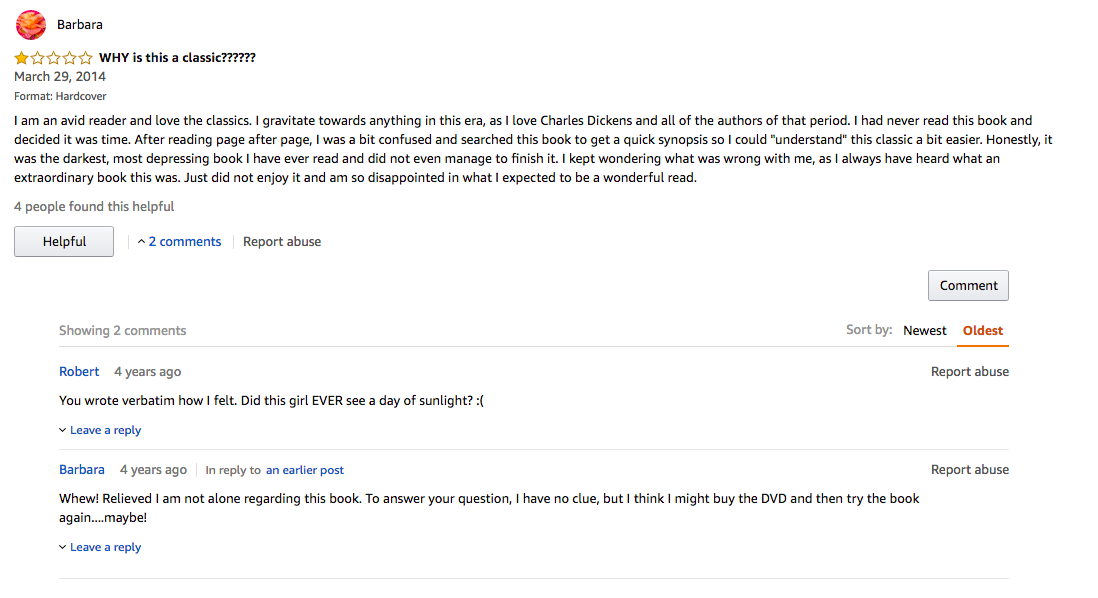 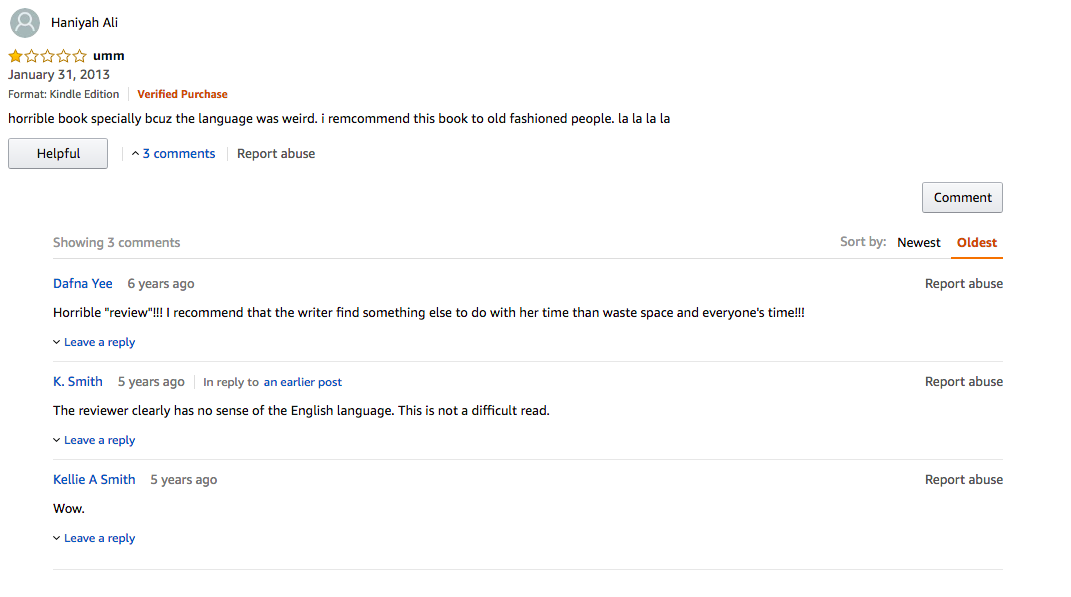 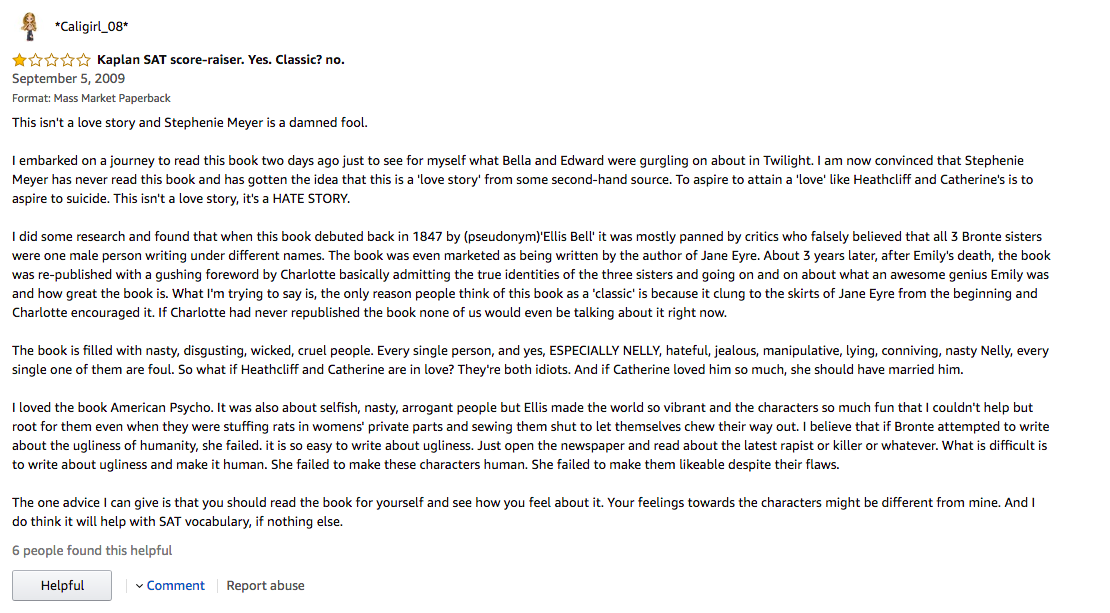 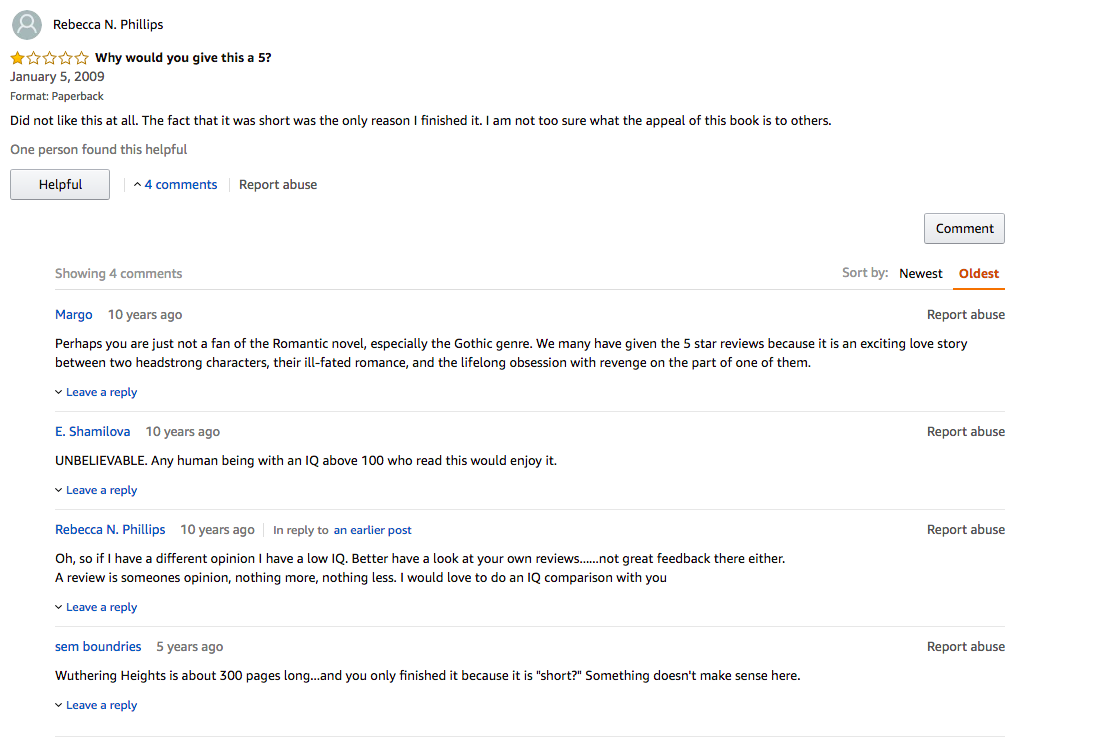 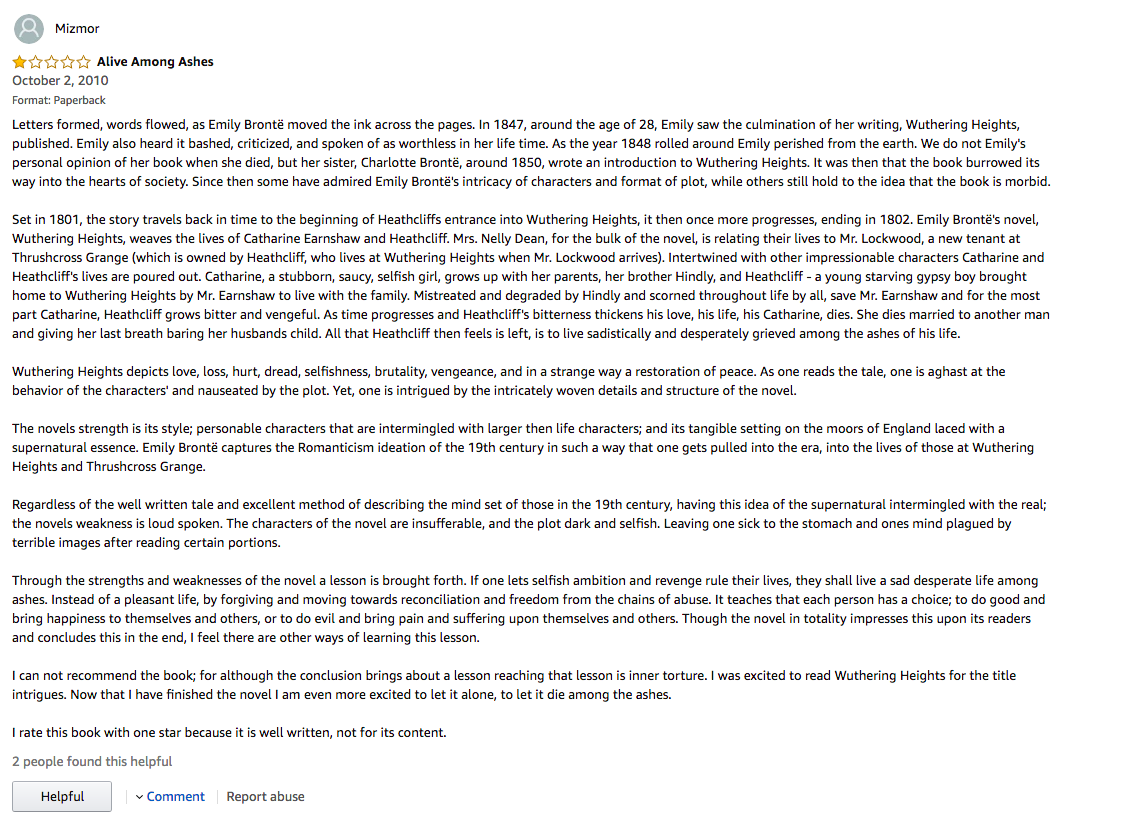 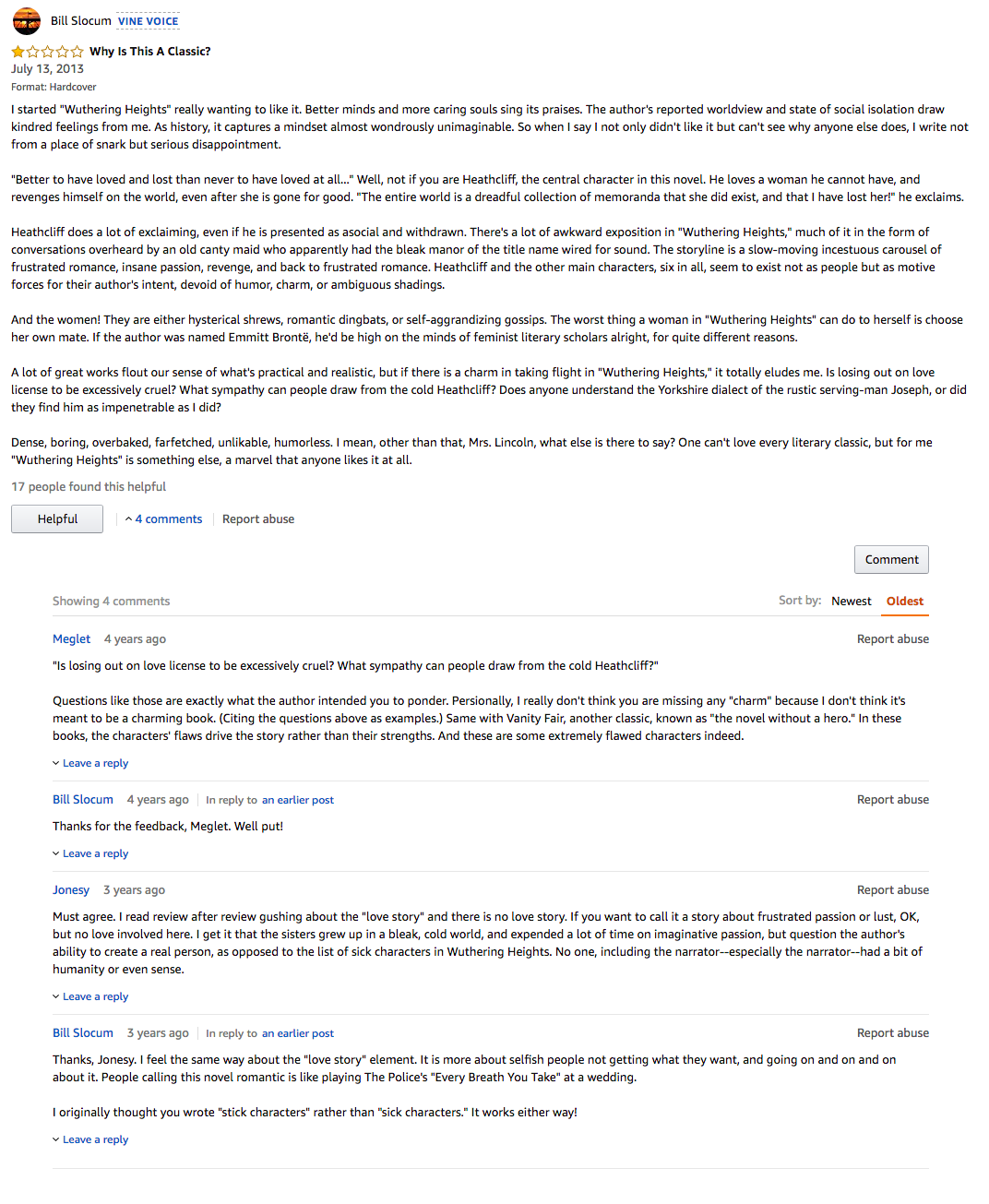 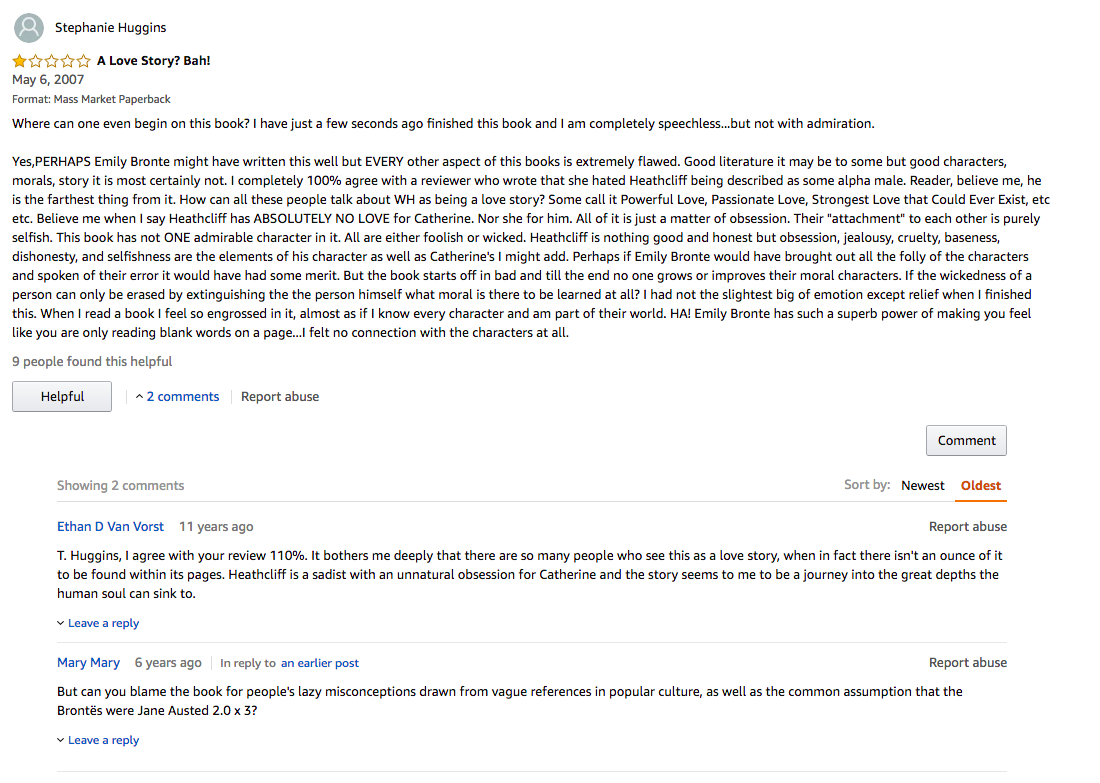 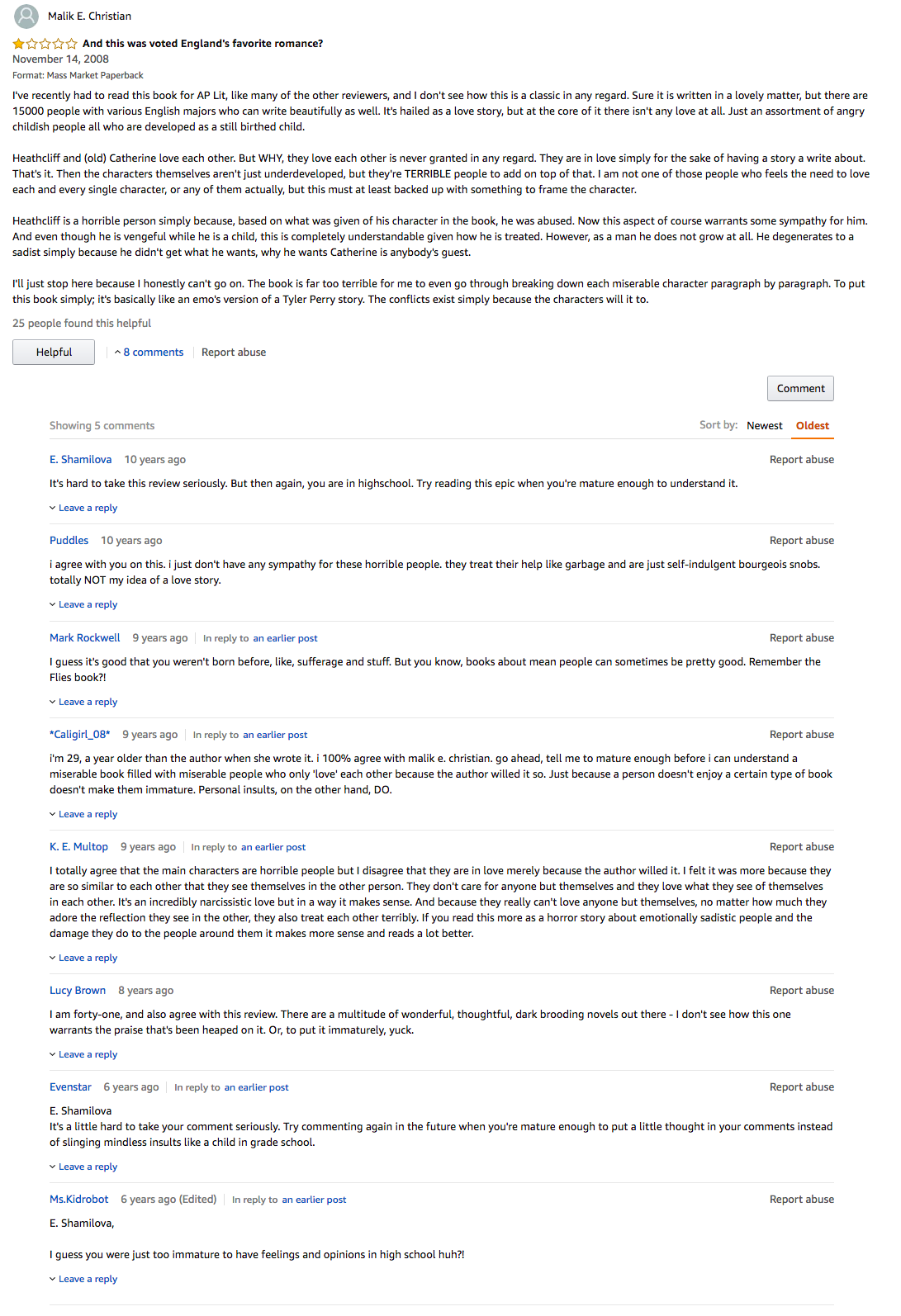 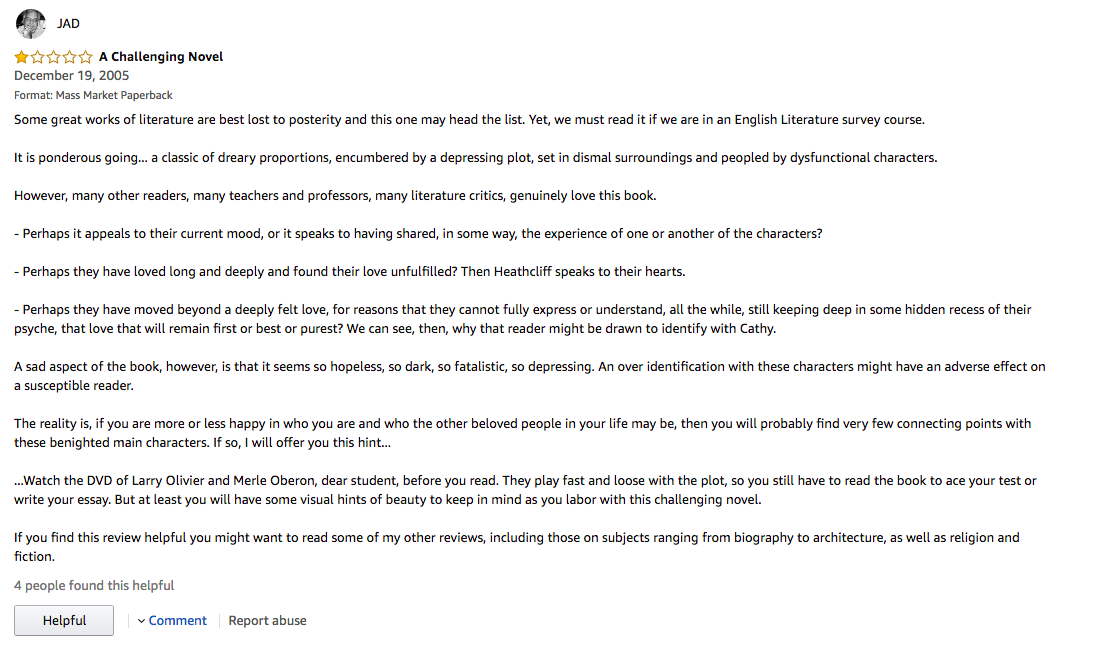 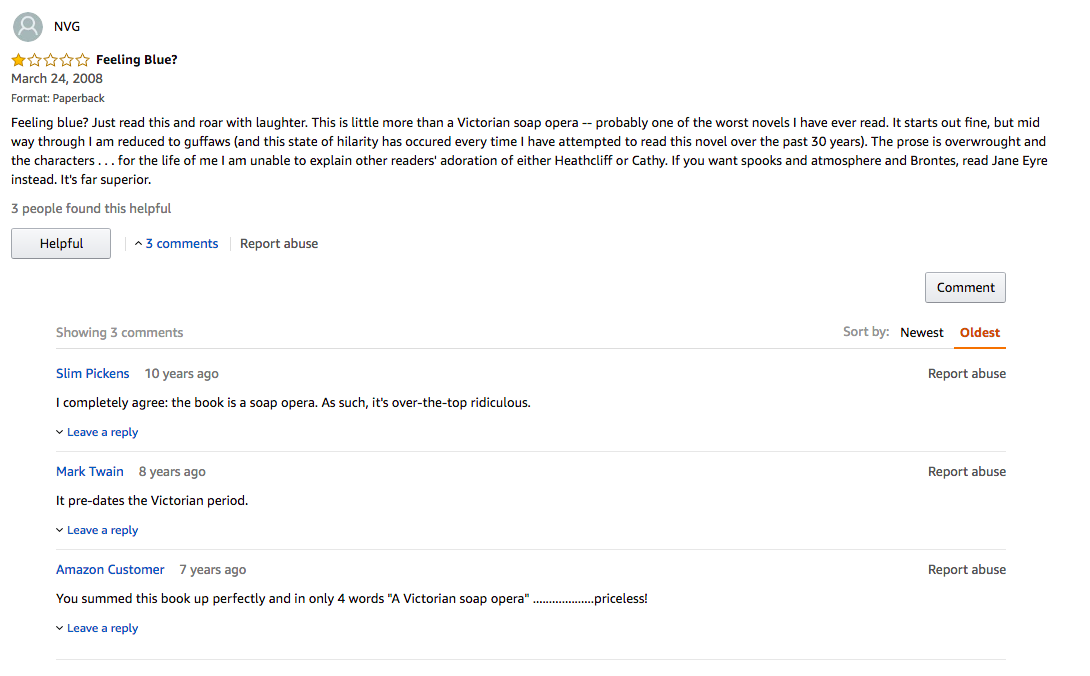 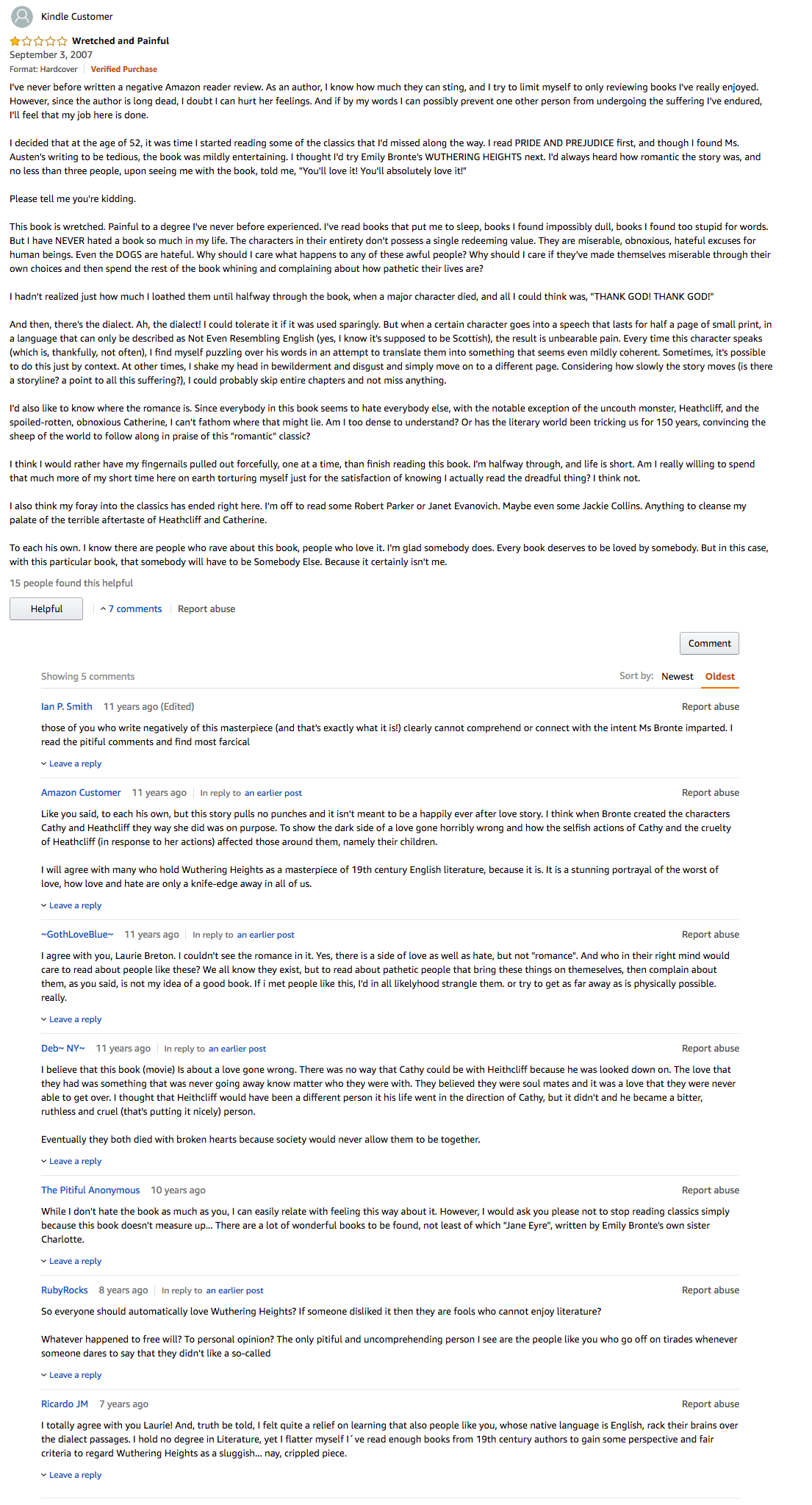 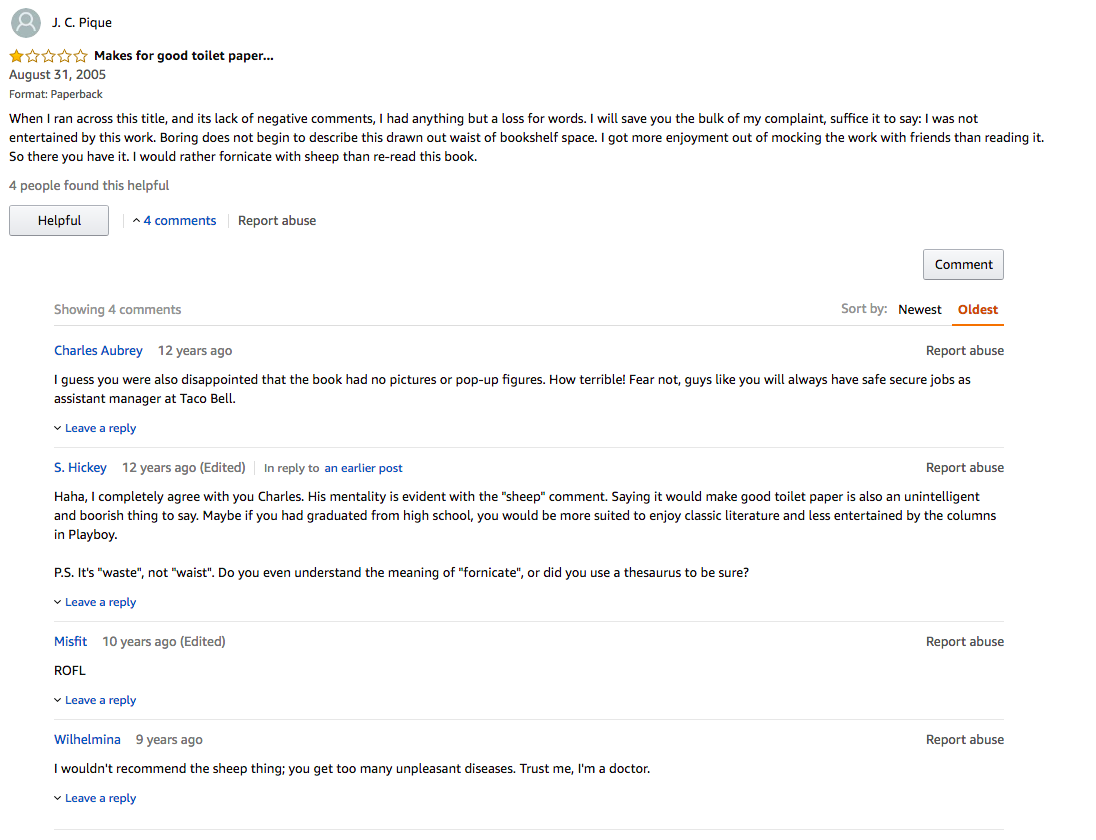 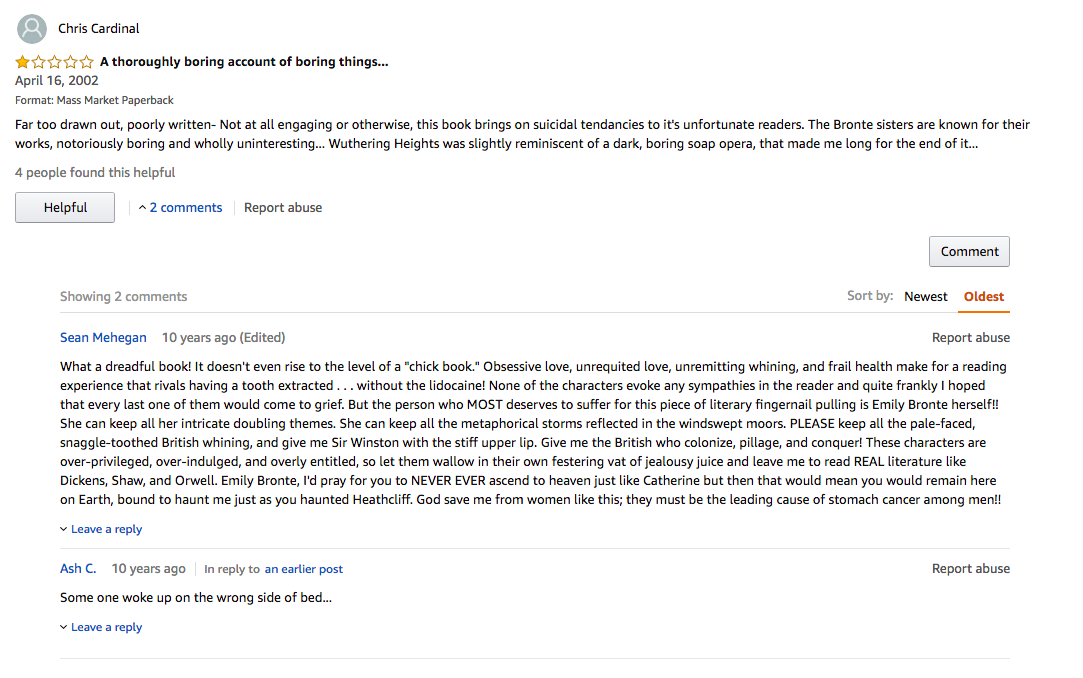 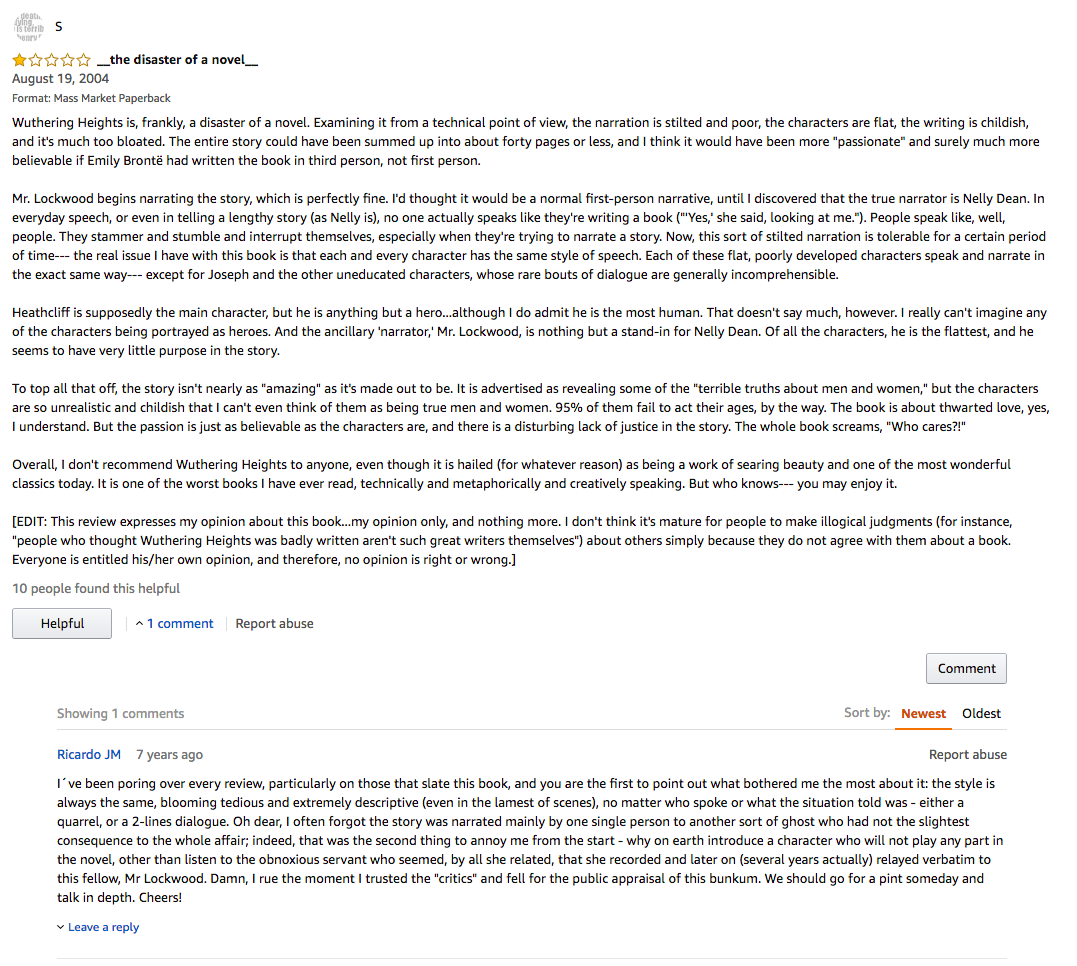 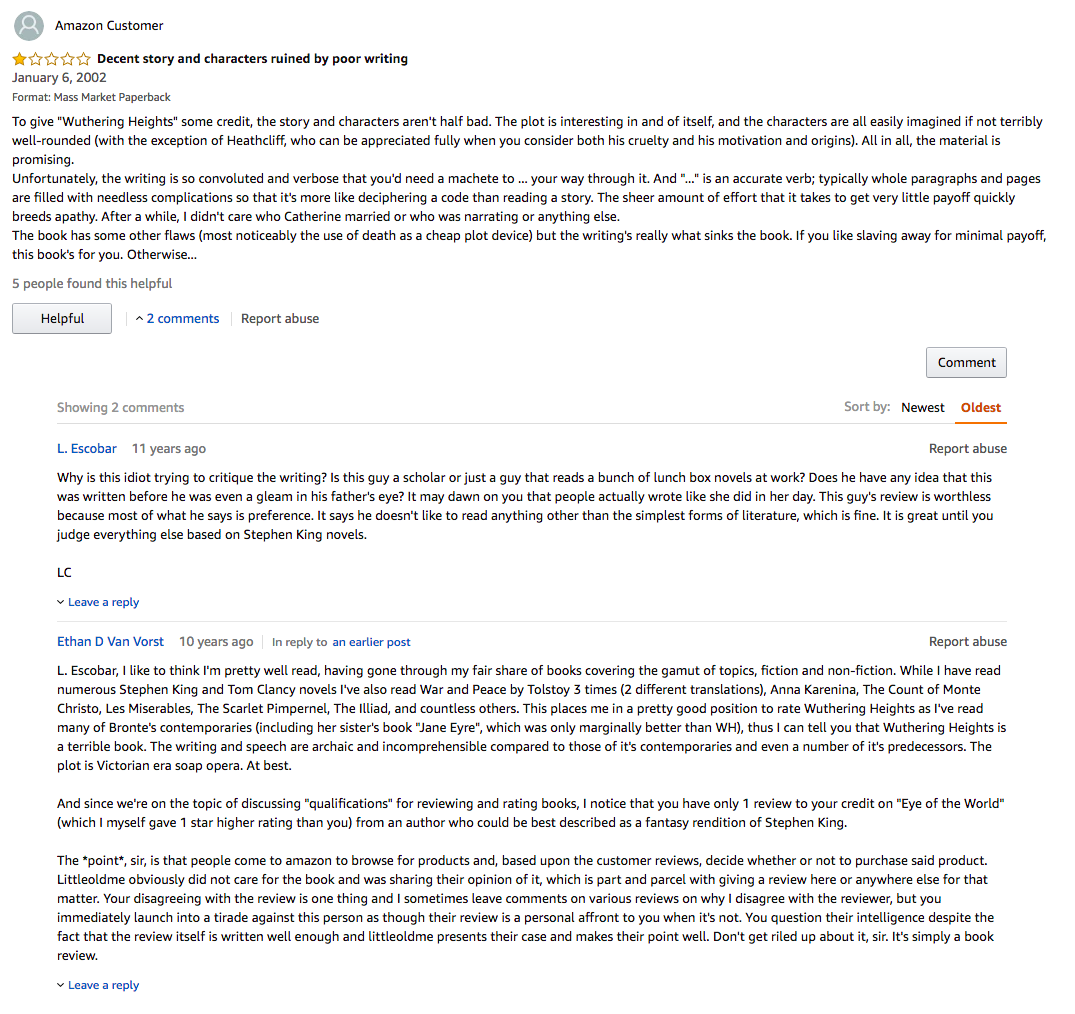 Luke Perry, Dylan McKay, and the Myth of the 'Bad Boy' 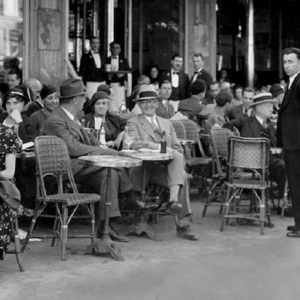 Manhattan and the Bronx, circa 1946 When I was ten my grandmother and I went to the city—that’s what we called Manhattan—to...
© LitHub
Back to top
Loading Comments...