On the Obsessions of the Literary Biographer

Getting to the Bottom of the Mysterious Case of Letitia Landon

Literary biographers are in it for the long haul. Researching the lives of dead novelists and poets can take years. Ten is not unheard of, especially when the subject has not been “done” before. My first book, The Brontë Myth, took about eight years from inception to publication—in fact more, because the idea had been simmering for some time before I begun. My second book—L.E.L.: The Lost Life and Scandalous Death of Letitia Elizabeth Landon, the Celebrated “Female Byron”—has been nearly nine years in the making. Only obsession can explain what keeps the literary biographer going.

Of course, I’ve done all sorts of other stuff in the meanwhile: journalism, editing, teaching, not to mention bringing up children and keeping a house while my musician husband was on the road. I sometimes think of the Victorian novelist and mother of four, Mrs. Gaskell, when she was working on her Life of Charlotte Brontë in the 1850s. She used to sit at the dining-room table writing, while fielding domestic interruptions from, say, the cook, who wanted instructions as to what to make for the next family meal. She completed her life of Charlotte Brontë in only two years. I don’t have a cook.

Intellectually, my journey into literary biography was not unproblematic. Today there are university departments devoted to “life writing”, as it is now called, but that was not the case in the 1980s when I was an undergraduate English Literature student. At Oxford, I was fed a diet of post-structuralism. Roland Barthes’ notion of “death of the author” meant that we studied texts and textuality, not flesh-and-blood humans. But I always hankered after a more intimate connection with the writers I studied, at a time when a taste for abstraction and extreme philosophical relativism encouraged a dismissive attitude towards supposedly naïve empirical forms such as biography. As one Olympian literary theorist put it scathingly, “Ontological anxieties do not permeate the biographer.”

“The biography stands, fat and worthy-burgherish on the shelf, boastful and sedate,” wrote Julian Barnes in Flaubert’s Parrot in 1992. “But think of everything that got away, that fled with the last deathbed exhalation of the biographee. What chance would the craftiest biographer have against the subject who saw him coming and decided to amuse himself?”

I remember a moment of epiphany in the Bodleian library in Oxford when I was a student. I took down an edition of the letters of Elizabeth Barrett Browning from the shelf and had a visceral realization that someone must have collected the physical letters, which had been originally sent to a host of correspondents, and then must have puzzled over the handwriting before putting them in chronological order and making sense of them—while knowing full well that there must have been other letters that “got away”. No way did that editor not have ontological anxieties about the nature of truth and its relationship to factual accuracy.

One thing I did learn, however, from critical theory was that the art of biography was a cultural practice. In The Brontë Myth, I took a carefully detached stance, exploring the Brontës’ image through history to show how biographers’ perceptions were influenced by their own cultural preoccupations, but largely avoiding the messy business of being a biographer myself. Only years later did I finally plunge in to the “impure bastard art”, as Virginia Woolf called biography—only to discover that my chosen subject was the living embodiment of Flaubert’s slippery biographee.

I first heard of Letitia Landon—who was known by her initials “L.E.L.” and called the female Byron in her day—through the Brontës, who read her poetry as teenagers. At that time, I felt almost embarrassed to discover that the authors of Jane Eyre and Wuthering Heights had admired Landon, who was (if she was remembered at all) regarded throughout the 20th century as an “insipid” minor lady sentimentalist.

Roland Barthes’ notion of “death of the author” meant that we studied texts and textuality, not flesh-and-blood humans.

I only became hooked after I was alerted to the fact that new evidence about “L.E.L.” had come out in 2000, via one of her direct descendants. It showed that the supposedly virginal “poetess” had given birth to three secret illegitimate children during the course of what I subsequently discovered had been a very high profile career, pursued against the odds in an era in which known “fallen women” were regarded as pariahs and full exposure of her private life would have destroyed her public currency. This understanding enabled a re-reading of her poetry, which turned out to be much more sophisticated than had previously been assumed. Her knowing attitude to her own public persona—“I lived only in others’ breath”, she wrote—presaged the social media era.

Her career, it turned out, had been kick-started in the early 1820s after she began a teenage affair with a powerful older, married editor. He became her impresario, and the father of her three children during what became a long-term and emotionally addictive relationship. As “L.E.L”, Letitia Landon became so famous in her day that after her premature and sensational demise—she was found dead aged 36 in mysterious circumstances in 1838 with a bottle of Prussic acid in her hand shortly after arriving at Cape Coast Castle, West Africa—she became the subject of numerous contemporary memoirs, including a full-scale biography published in 1841.

But none of these sources mentioned her affair with her editor or their children, whose existence has now been proved by baptismal and census records and in private family correspondence. It took me some time to realize the extent to which I was dealing with a calculated cover-up, undertaken after her death by the early Victorian literary establishment because the rise and fall of L.E.L. had left such a bad taste in their mouths. She was the scapegoat who had to be ejected if the publishing industry was to reinvent itself as a respectable profession. At the time Letitia Landon published her first poem in 1820, the Romantic idea of the writer had been incarnated by the transgressive figure of Byron. By the time she died in 1838, Dickens was reinventing it in the image of Victorian family values.

As I read and re-read the contemporary sources, a line from one of L.E.L.’s own poems kept echoing through my head: “How can . . . I trust/ When I have full internal consciousness they are deceiving me?” Getting under the skin of my slippery subject—who was liar herself—became a personal obsession.

I was baffled and disappointed not to find L.E.L.’s name in the surviving financial accounts—handwritten documents dating from the 1820s now in the British Library—for the magazine edited by her lover in which she was a regular contributor. Only later did I realize that this absence was dynamite. It showed that he never paid her for her popular poetry column, on the back of which he raised the circulation of his magazine. Her verse includes glamorized images of female poets as exotic slave girls in oriental harems; the grubby background reality was that, despite her fame, she was financially at the mercy of her Svengali.

The internet has revolutionized historical research, with 19th-century newspapers and public records, for example, now online. Researching the truth behind L.E.L. led to endless lonely midnight googlings. Online, I was able, for example, to find a reference to a profile plaster cameo portrait of her referred to by her contemporary biographer but subsequently lost—because I discovered that just such a portrait of a “Miss Landon” had been sold by a small auction house in Acton, West London on March 30th, 2010 for a mere £85. Neither the auctioneer nor the buyer had any idea that the subject had once been a famous writer.

Letitia Landon’s first biographer slit his throat in 1845, hardly a consoling thought during the long years I spent with her. Her life, work and death have been often referred to as the “mystery of L.E.L.” since at least the 1850s. I couldn’t give up until I found a solution that would at least satisfy me.

Lucasta Miller is a British literary critic who has worked for The Independent and The Guardian. She was the founding editorial director of Notting Hill Editions and has been a visiting scholar at Wolfson College, Oxford, and a visiting fellow at Lady Margaret Hall, Oxford. She lives in London with her husband and their two children.

16 Things Joel Golby is Afraid Of 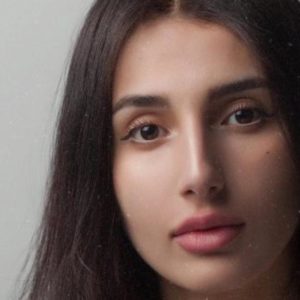 Not long after I finished writing my first novel, A Woman is No Man, my publicist at Harper said to me, “You’ve written...
© LitHub
Back to top