Luke Perry, Dylan McKay, and the Myth of the ‘Bad Boy’

On Loving and Mourning an Illusion

I have always loved bad television. I have always loved stories that looked directly at my most basic expectations of what it is to be a human and just did the thing. I know life is more complicated and that’s exactly why I love these stories. I love their straightforward shapeliness, the space they give for you to sit inside of them and feel. I like the way people dress in ways that people don’t dress in real life, how much more attractive they are, how in love everyone falls, the way all the love turns into sex and all the sex turns into almost pregnancy.

Beverly Hills, 90210 might be the origin of this love I have for shows like this. It is the most perfect version of it. I have watched every episode at least ten times. When I turned 26, nine years after the show was off the air, my husband got me the 90210 DVD box set off eBay for my birthday. I’d never felt so seen.

I was seven when 90210 started. The night of the last show, I was 17. I was in high school and my family was out to dinner—as they often were then without me, I was a Depressed Person—but that night, that last show, I ate my favorite meal, a chicken parmesan sub from the local pizza place followed by ice cream, and I sat in this chair I sat in every night while everyone else was out to dinner somewhere or sleeping. I sobbed and cheered and FELT. When I went to college, my little sister made me one of those make-your-own to-go coffee mugs with pictures of the cast.

In one of my favorite ever scenes of Beverly Hills, 90210 Brenda’s been forbidden from seeing Dylan. She lies to her parents and says she’s going shopping with Donna and Kelly. There’s a great beat of a moment when Brenda’s dad offers his credit card for “the shopping” that Brenda has no plans of doing. The girls all meet Dylan not far from Brenda’s house and she and Dylan take off on his motorcycle on their own. In that same episode, Brenda’s parents catch them making out in the shower at the beach. In another, they run away to Baja together, dance, and go surfing. Dylan doesn’t wholly understand what aberrance this is because he has no consistent caretakers in his life and this has disastrous results.

Brenda is oddly riveting, even as she is so much less traditionally high school pretty than Kelly. Even as her earnestness grates at times. She’s from Minnesota and she has brown hair. That Dylan sees and understands and WANTS her in the face of this, perhaps because of it, is one of those magic facts of trope-ish TV drama, one of those narrative leaps that gives so much. That he is too cool even to want to date Kelly (at first), that he is too cool even to spend much time at school. That he likes books, and film, and art, but also drives a small black Porsche. He is the perfect bad boy because he is also secretly the best boy, the most loving, the most earnest. His damage has softened something in him in the middle. He is what so many not traditionally attractive quiet girls assume the bad boys would be, except they’re not.

When I watched 90210, I knew the basic structure of the story and all the space that it would offer me to feel without any real danger or investment.

I watched 90210 throughout high school; not just the shows that were coming out, but all the years I’d been too young to see until then. I watched each day after cross country or track practice, the morning after I got alcohol poisoning, the morning after I had sex for the first time. I watched it when I stopped agreeing to leave the house after dark, the day I stopped showing up to track practice, the day I began refusing to go to school.

I wasn’t having fun the night that I had alcohol poisoning. I didn’t particularly like the person I had sex with at 16. I felt all sorts of complicated things in high school, want, fear, need, all the feelings that they felt on 90210, but the shape those feelings took for me were mostly boring, life-like: I sat on the same chair and ate and watched TV. I drove my car around and cried. I did a lot of lying in my bed not talking. I did a lot of watching other kids do things but not knowing how to join.

Sometimes, characters are worth more to generations worth of lonely teenage girls than most actual human beings could ever be.

I felt confused most of the time then, and scared, but when I watched 90210, I knew the basic structure of the story and all the space that it would offer me to feel without any real danger or investment; I felt safe; I invested myself fully; I laughed and cried.

Now, I teach at a graduate art school. I think a lot, and I talk a lot in the classes that I teach, about how to tell stories that make people feel and think things. There is perhaps nothing more insulting than being told in graduate art school, that you are dealing in a trope. It’s just… people will start in workshop, it’s such a trope, they’ll say. This one of those words I’ve heard so much the past decade I have a meaning for it, but could not define it, so I looked it up for you. It’s this:

A literary trope is the use of figurative language, via word, phrase or an image, for artistic effect such as using a figure of speech. The word trope has also come to be used for describing commonly recurring literary and rhetorical devices, motifs or clichés in creative works.

It’s the second one that people are talking about in workshop: recurring themes, cliches. These are inevitable perhaps in teenage stories, in any “bad” TV show. People fall in love, are misunderstood (but secretly beautiful, a princess, rich), have sex. But then, consider the word’s origin, the first definition: tropes are the use of language for effect, an attempt to contain an idea in a smaller space, to have language stand in for something bigger than itself. Tropes are spaces that have very little to do with life and yet hold so much of it within them. They’re spaces where the basest, most simplistic versions of ourselves are brought to fruition and examined, spaces where we can recognize our lives from the outside.

Dylan McKays do not exist in real life. No one has that much money in addition to good taste in literature in addition to a tragic family story in addition to the ability to love so many different women while still hanging on to his basic good and earnestness. Dylan McKays don’t exist because damage up close doesn’t look that good for over a decade, because the actual effects of what his life was run deeper than a couple of years of alcohol addiction and a thirst for vengeance that only ends when one’s father turns out not to be dead. Dylan McKays, as real people, are both more and less beautiful than this one. They don’t have to face their wife’s death after years of trauma because new shows are taking over. They don’t have to briefly lose their girlfriend to a cult. Dylan McKay is, in other words, a character, and proof that sometimes, characters are worth more to generations of lonely teenage girls than most actual human beings could ever be.

For years, I didn’t know how to feel, so I turned to tropes to do my feeling; I went to Beverly Hills, 90210 almost everyday. The real life complexity of life was too much so when I was in the world, I stayed numb, mostly. I knew how easy feeling was but also how uncontained it could be up close in person; this is both what makes tropes safer and where they fall short. Dylan McKay was my first love because when it was time for first loves I didn’t have the bandwidth, when it was time for first kisses and first sex, I just got blackout drunk. I did these things in life that hurt and were too messy and mixed up and felt as little as I could because I wasn’t up for facing in real life; I put all my feeling into Brenda and Dylan and Kelly instead.

That Luke Perry, the man, the father, died is the saddest thing about this; at 52, no less, which feels old for Dylan McKay, but for a grown up person, a real live person, it feels far too young. That whatever small pithy things Luke Perry said to his kids on the phone he can’t say to them any longer. That whatever subtle hurt may have lived between him and his loved ones, can’t now be undone.

Luke Perry had two kids, a mom, and a stepfather, a brother, an ex-wife, and a fiancee. I imagine his personhood was messy in the way that everybody’s personhood is messy. I imagine it was also a little bit more boring than all the people he played on TV. I imagine that he loved his kids. There are probably all sorts of facts about his life that might be transformed into stories, but then they would be stories, then he’d be a character, they’d already be once removed from who he was.

One of the most useful teachings I was given in graduate art school was that characters are not people. This is both one of the limits of storytelling, but also its gift. Stories contain bits of life in ways that feel more accessible and engage us, that feel truer sometimes, more alive than life; they teach us to feel and give shape to what we’re feeling long before we have the tools to muddle through them in our own lives. They give us space to make sense of all the feelings that we weren’t equipped to feel or name all on our own.

Tropes succeed because they get so close to life. They fail because they never touch it at full force. Dylan McKay, who was magic, unreal, still lives on streaming services and DVD box sets. Our grief for him—drawn from his status as a bad boy and what it meant to us—is a kind of practice for the up close version, just like loving him was all those years ago.

Even If Netflix's One Hundred Years of Solitude Inspires Wonder, Will It Be Enough? 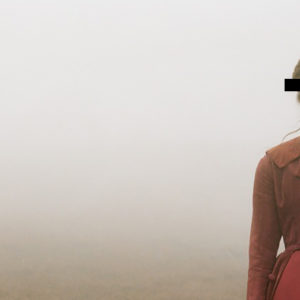 Here's something odd: the major theme of the one-star Amazon reviews of Wuthering Heights is . . . Jane Eyre. Many reviewers...
© LitHub
Back to top